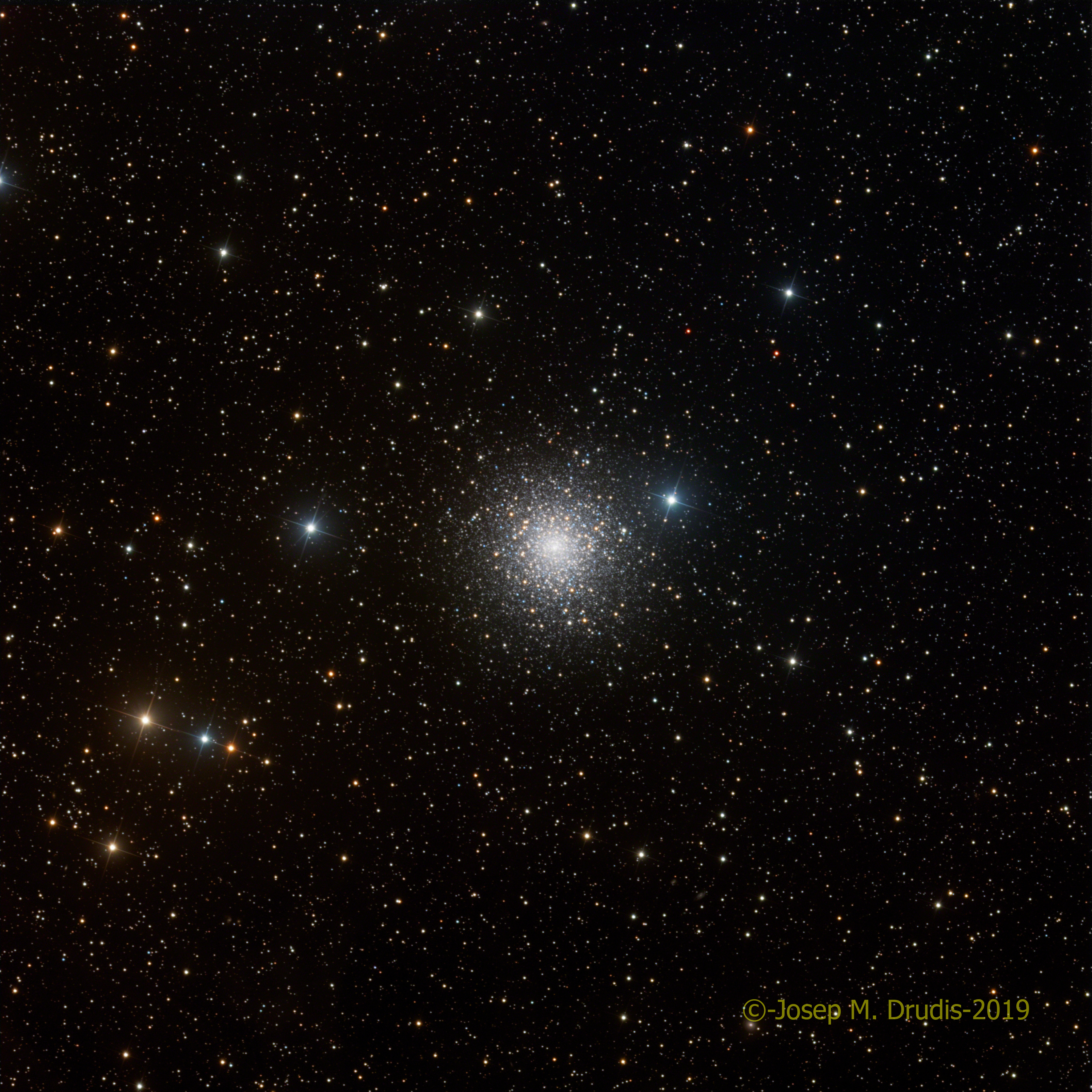 Messier 80 is a bright, compact and beautiful globular cluster in the constellation Scorpius. It has the same angular size and distance (hence the same spatial size) as M68 but its magnitude is +7.32, a full two magnitudes brighter than M68. M80 is clearly more compact than M68, having about twice the number of stars (200,000) and shows a great deal of Blue Stragglers (stars that have “got bluer” and hence, “younger” due to the accretion of mass, in their late evolutionary stages, from other close, neighboring stars). In this cluster, also a significant number of neutron stars have been detected.