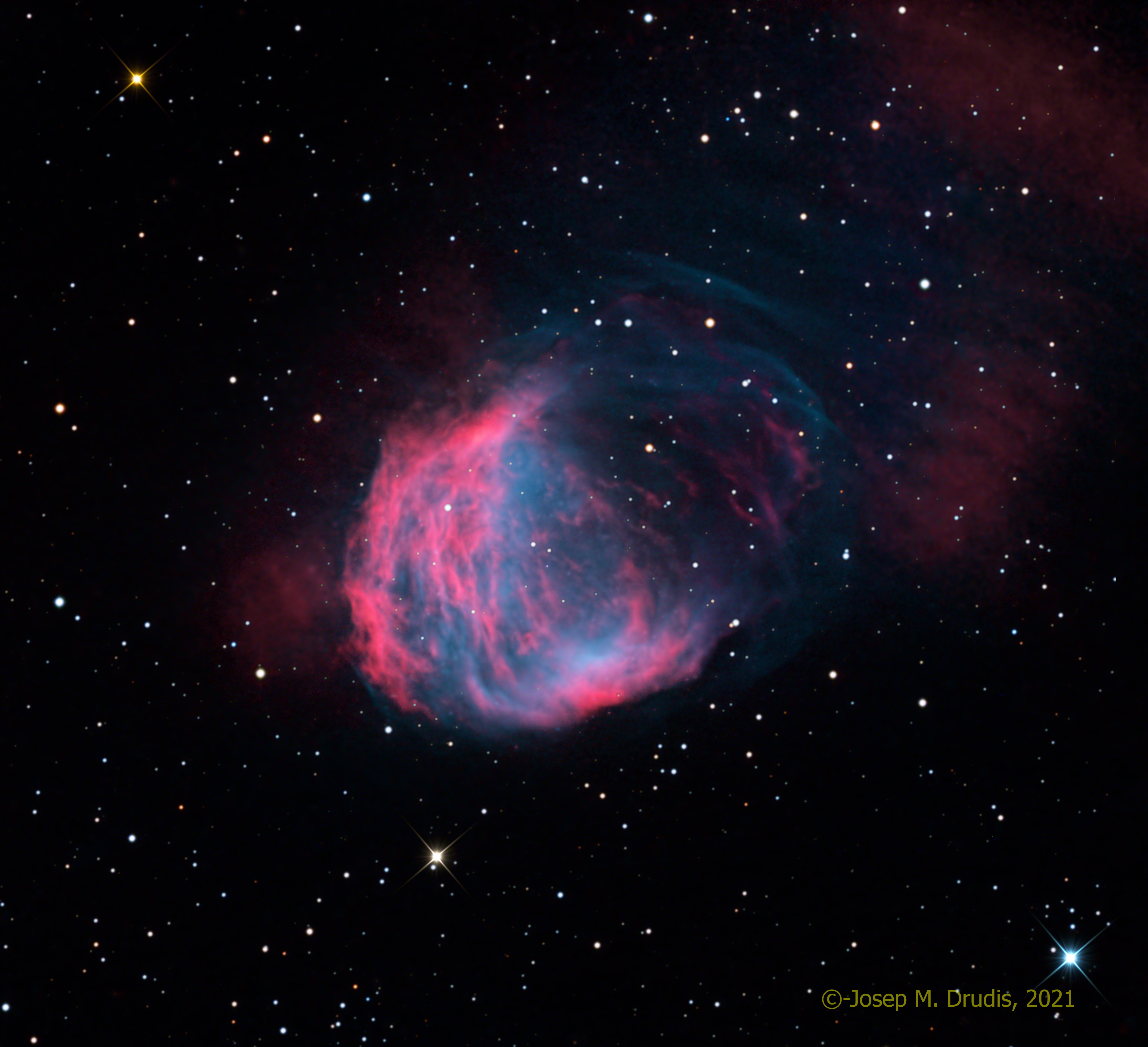 Abell 21 is a planetary Nebula that was discovered and catalogued as such, in 1955, by George Abell. During the following nearly two decades, there was a debate whether this nebula was, in fact, a supernova remnant (SNR). The determination of Abell 21 as a planetary nebula came in 1973, in an article by T. Lozinskaya, who measured the expansion velocity by means of interferometry.

This nebula is usually described as “crescent-shaped” and this is only partially true. This nebula, as can be seen in the accompanying image, has a nearly spherical shape, with two distinct hemispheres. One of them is pretty bright (lower left) and the second one is very faint (upper right). The fainter hemisphere only pops up in deep images. The central white dwarf that was left when the parent star formed the planetary can be seen in the small cropped image below. 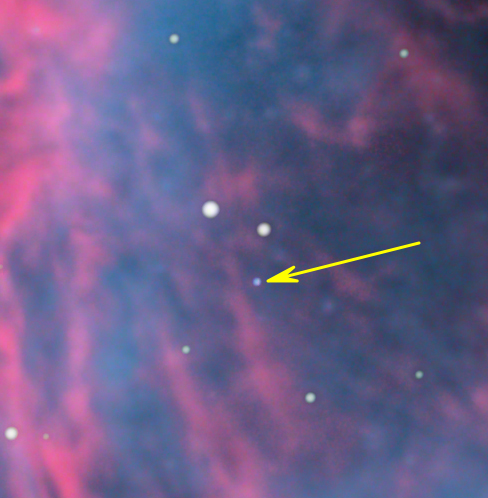