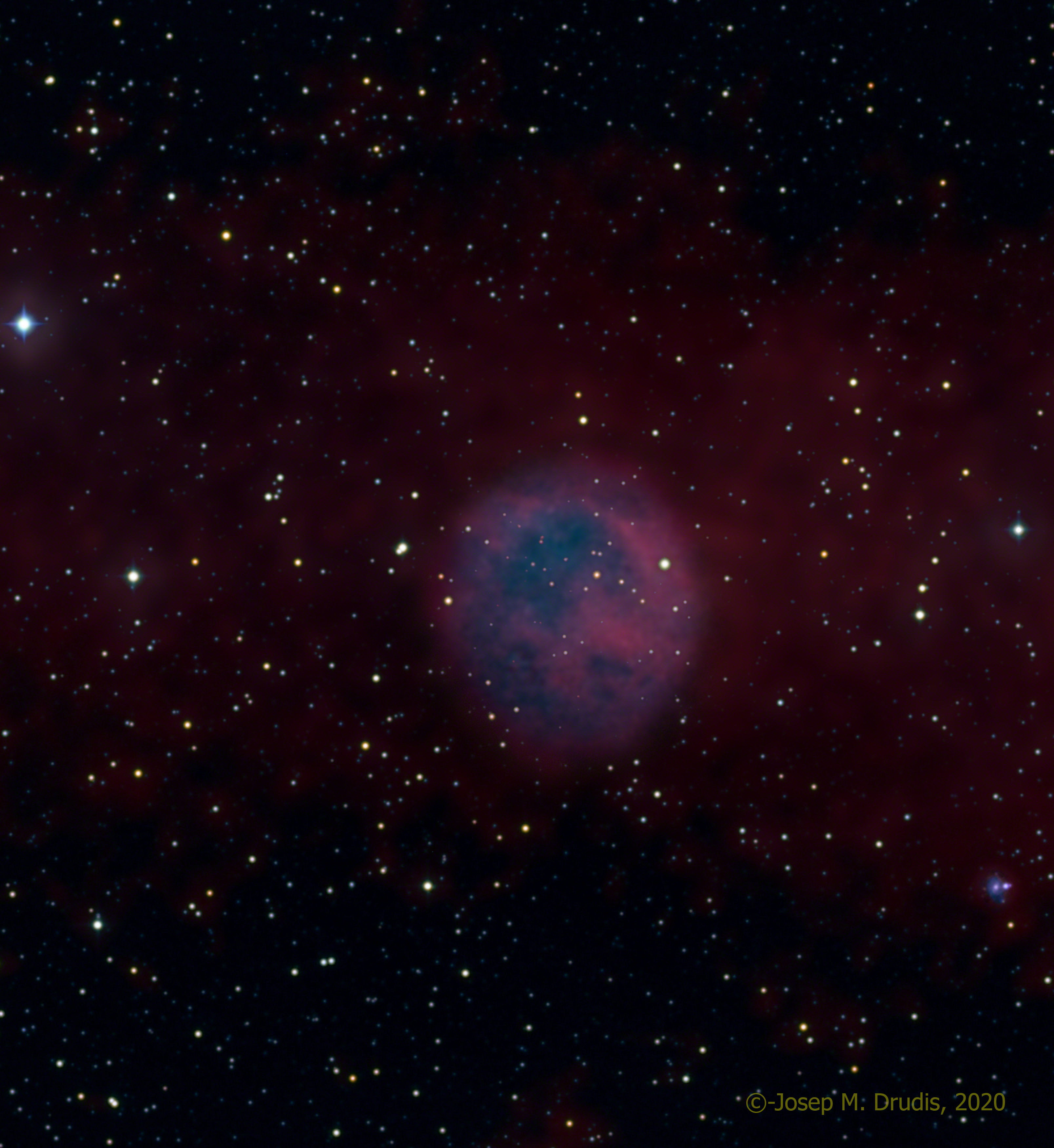 A select group of serious, patient and rigorous amateurs is conducting a project to discover unknown, “hidden” (actually, a better wording would be “extremely faint”) Planetary Nebulae candidates. One of them is Marcel Drechsler, a serious German astrophotographer who has discovered by himself 37 such objects, six of them have already been confirmed as real Planetary Nebulae. His catalog (Dr) also contains one galaxy (Dr-12) and an object on unknown nature (Dr-4). In collaboration with Xavier Strottner, they have prepared another catalog, the Strottner-Drechsler (St-Dr), whose list reaches 104 entries, sixteen of which have been confirmed as Planetary Nebulae.

This nebula was imaged following a suggestion from a mutual friend, Sakib Rasool (Manchester, UK), and involved over 68 hours of exposure, mostly with narrow band filters (3nm Ha and OIII). It is located in the NorthEast region of the constellation Andromeda and spans 7.5×6.7 arcmin. The small galaxy in the lower right is 2MASX J02324969+4938202, a mag 15.7 galaxy about 350 Million light years distant.

This deep image is the first color image ever taken of this nebula.