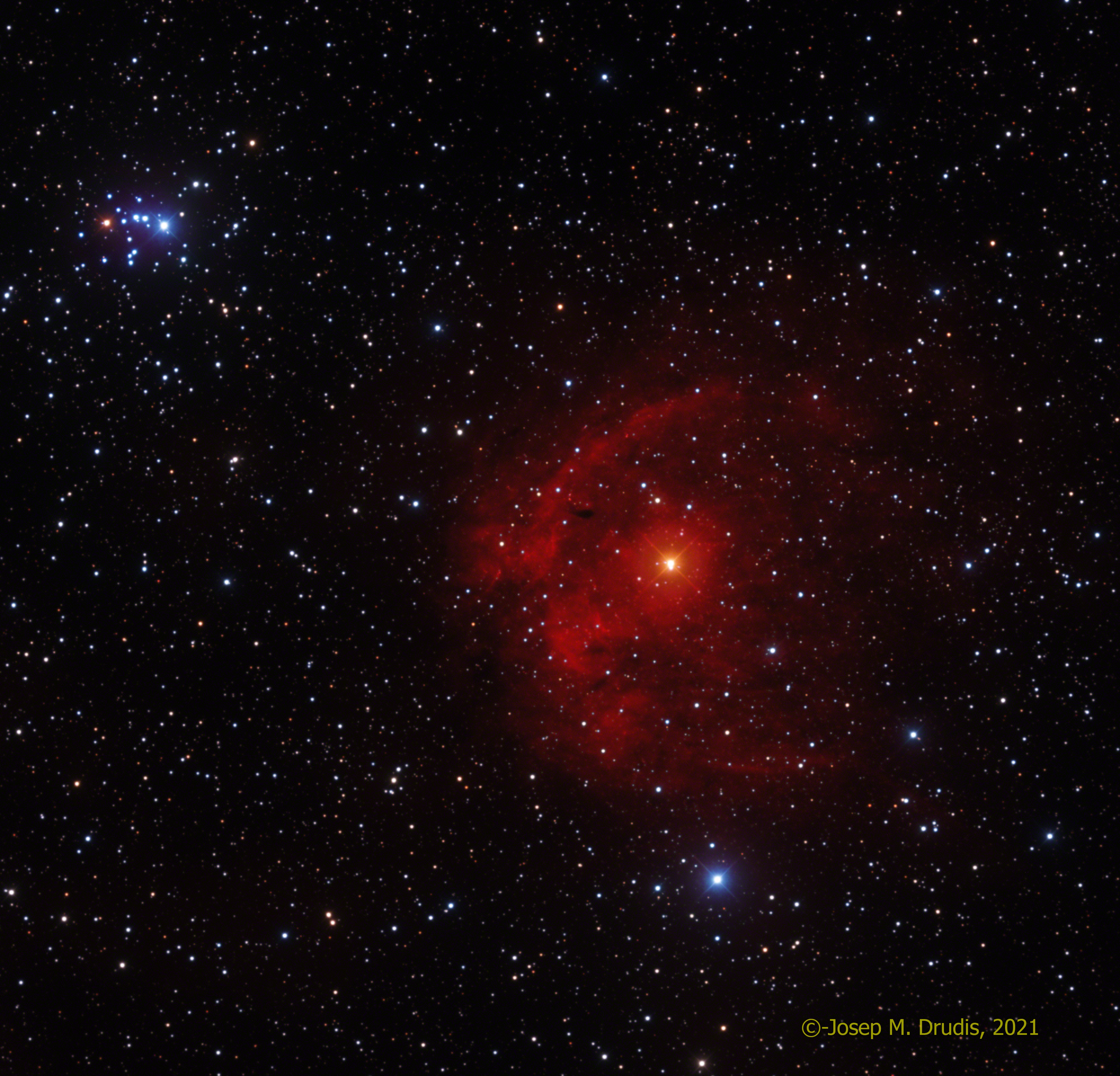 Gum 48d is an HII region located in the constellation Centaurus and about 11500 light years away. Usually, HII regions are clouds where there is a very high rate of star formation. This was the case of Gum 48d too, but this cloud is already in a second phase in which, after forming numerous stars, the rate is now lower (but still significant). Gum 48d is considered to be an “old and highly evolved” HII region, according to Karr et al. (2009). An added peculiarity in this region is the star at the center of the fan/arc-shaped Gum 48d. HD 119796 (or HR 5171) is a triple system composed by an eclipsing binary (component A, spectral type K0) and a smaller third companion (component B, spectral type B0). HD 119796-A is variable and considered to be a Yellow Hypergiant, having a mass around 40 solar masses and a huge radius about 1300 times that of our Sun.

This image, taken with narrowband filters (Halpha, OIII) also shows an open cluster to its upper left. NGC 5281 is a small cluster located at a much closer distance, 4500 light years, and has an age of about 45 million years.