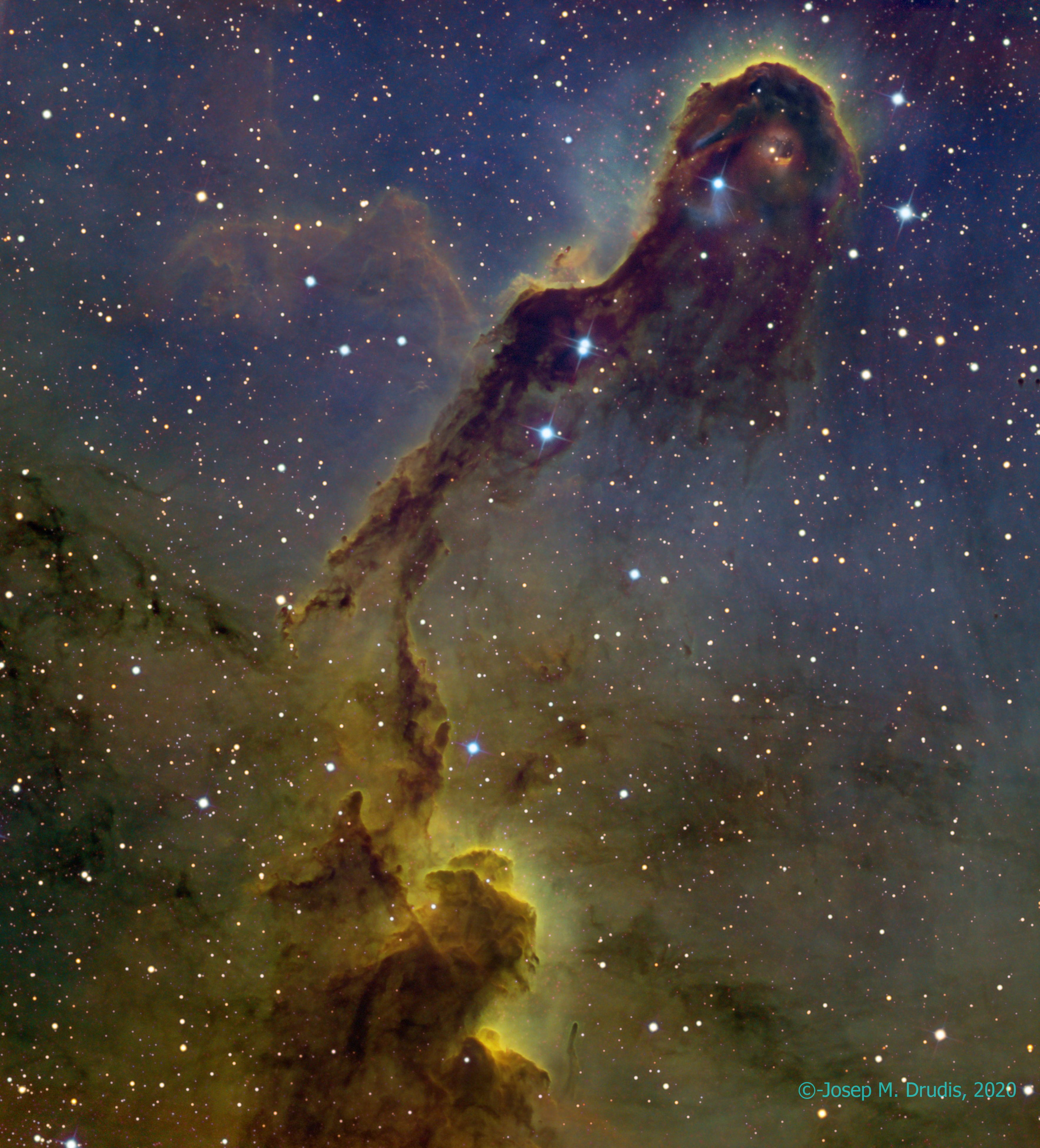 IC 1396 is a pretty large HII region (about 5 degrees in diameter) located in the constellation Cepheus. This nebula is, as usual with HII regions, a star birth place. Many YSOs (Young Stellar Objects), protostars and young stars are packed in a small area. As a result of the creation of new stars, a well populated open cluster (Trumpler 37) has formed about at the center of IC 1396. This cluster is dominated by HD 206267, a bright, blue spectroscopic binary (outside the upper side of the field of view of this image, about 15 arcmin). One of the characteristics of Trumpler 37 is that it has a high number of small stars that have formed by a process called “Triggered Star Formation”. In a paper published in 2012, K. Getman et al. estimate that about 20% of the stars in this cluster were formed via this mechanism (the formation of stars is triggered by the radiation pressure from bright stars already in the cluster).

IC 1396A is just the fragment of IC 1396 shown in this image. Usually named The Elephant Trunk for its shape, IC 1396A is a good example of the effect that the pressure, exerted by stellar winds coming from hot, young stars, is capable of carving the surrounding gas, providing round, curved or cave-like nebulosities.

This image was taken with narrowband filters (Halpha, OIII and SII) and the colors mapped following a modified Hubble Color Palette. Additional, long exposure RGB frames were taken to include the reflection nebulosities (blue and orange-red) in the round shape located in the upper right of the image. These reflection nebulae are not captured with the narrowband filters. A natural color version of this image can be found here.