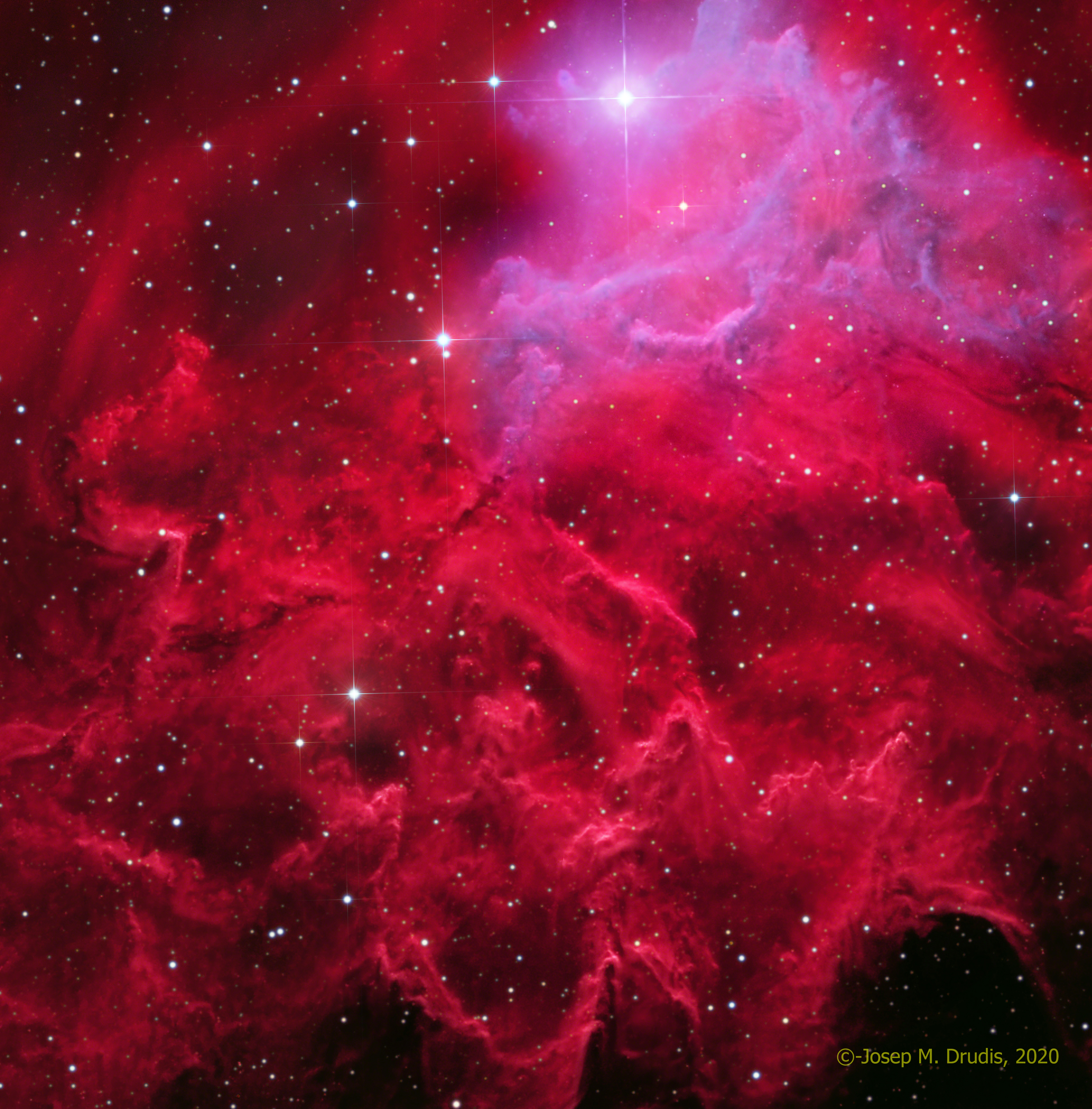 According to a legacy article by N. Mayall (1954), IC 405 was discovered in 1892 by Schaberle and, later on, photographically by Wolf and von Gothard (1893). Wolf described the star and surrounding nebulosity as “a burning body from which several enormous curved flames seem to break out like gigantic prominences”. He also urged the spectroscopists to observe this “flaming star”. Actually, these studies have revealed that HD 34078  is a “runaway” star, or a star that was, at a certain point of its early life, ejected and posesses a very high speed (113.3 km/s, or 59 km/s radial velocity). The prevailing theory says that this massive star (23 solar masses, spectral type O9.5V) formed in a collision between the two components of a binary star in the Trapezium region of the Orion Nebula. As a result, the double star Iota Orionis was formed and several stars were ejected. Among them, HD 34078 (AE Auriga) and Mu Columbae. Being a “runaway” star, HD 34078, also shows to have a cometary bowshock (K. France et al., 2006), visible only in infra-red wavelengths, mainly at 24 micron. The nebula itself also moves at a significant speed (28 km/s radial velocity, according to Mayall).

This image was taken with narrowband filters (5nm Ha and 3nm OIII) as well as broadband Blue, in order to capture the beautiful reflection nebula present in the frame.