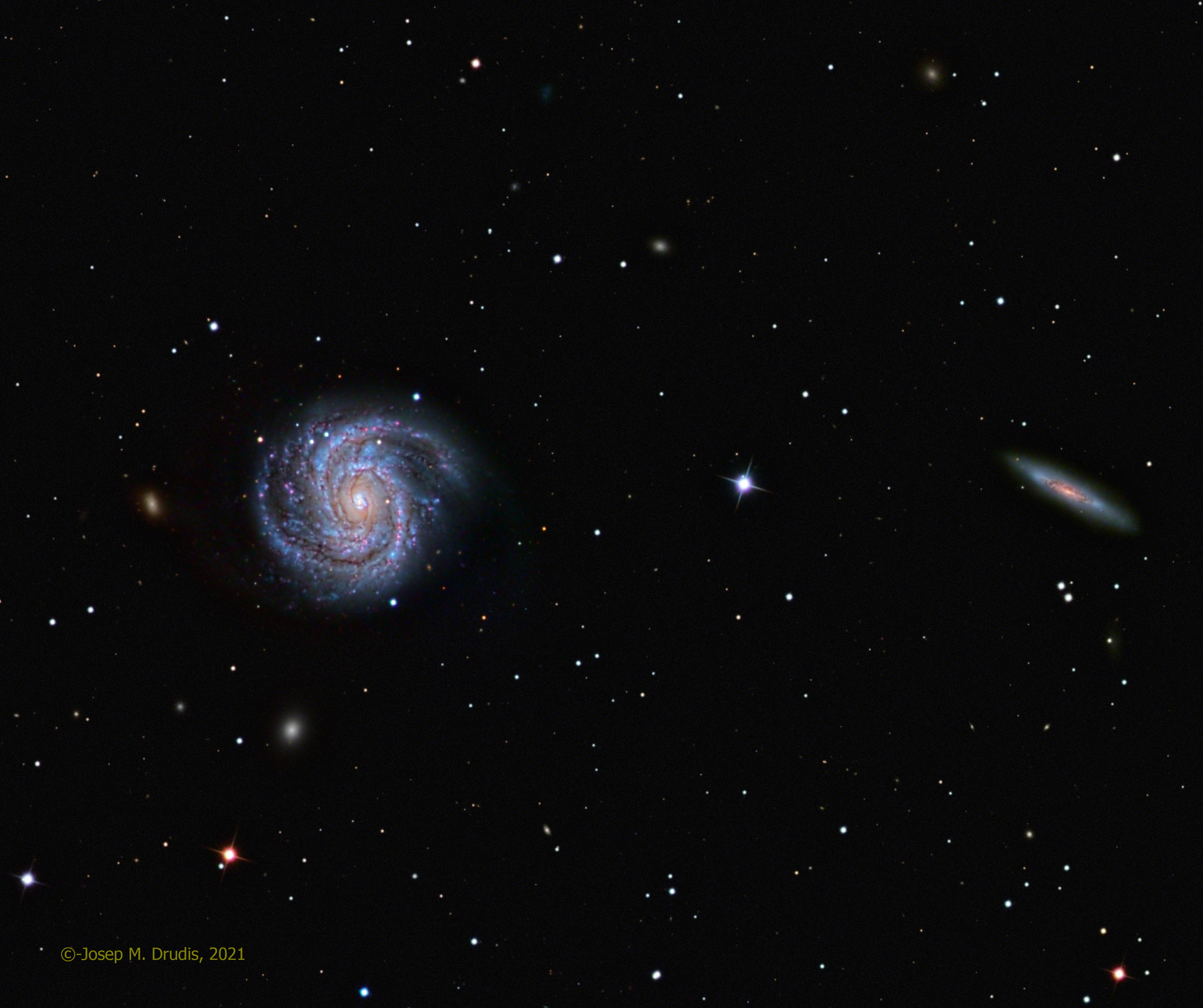 Messier 100 is a “Grand Design” barred spiral galaxy located in the constellation Coma Berenices and belongs to the Virgo Cluster. This galaxy was the first object to be imaged by the Hubble Telescope when it was launched and it terrified the astronomers when they saw it and understood that the telescope had an important aberration flaw. This galaxy is 55 million light years away from us and it is one of the dimmest objects of the Messier catalog, due to its very low surface brightness. This image shows numerous galaxies, two of them (NGC 4322 and NGC 4328, at the lower left of M100) are satellites of M100. The most conspicuous galaxy close to the right border is NGC 4312, a spiral galaxy containing an intermediate mass black hole in its center.