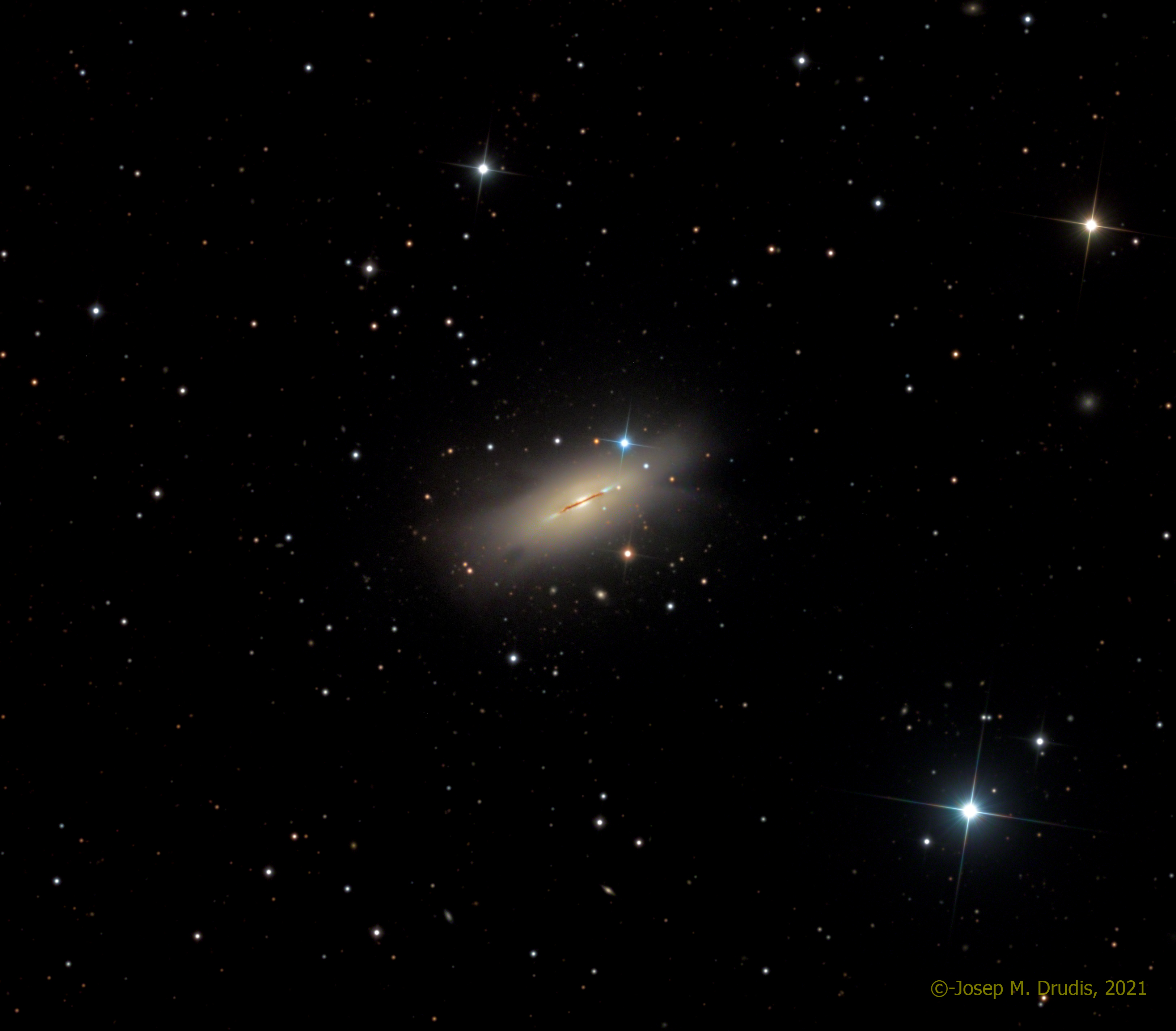 Messier 102 has been the subject of much controversy. A mistake, made in the description of the 102nd object in Messier’s catalog, led to a great confusion. No object was where Messier had said, but many galaxies were in its vicinity. Adding to this confusion, Méchain stated that M102 was a duplicate observation of M101, and this prevailed during some some time. A group of five candidates was considered to be M102: NGC 5907, NGC 5866, NGC 5908, NGC 5905 and NGC 5879. The low surface brightness of all of them, except for NGC 5866, made it very difficult (if not impossible) for Messier and Méchain to have observed them with their equipment. M102 is a lenticular galaxy (type S0), located in the constellation Draco, 50 million light years away. It is seen completely edge-on and its dust lanes are very apparent.