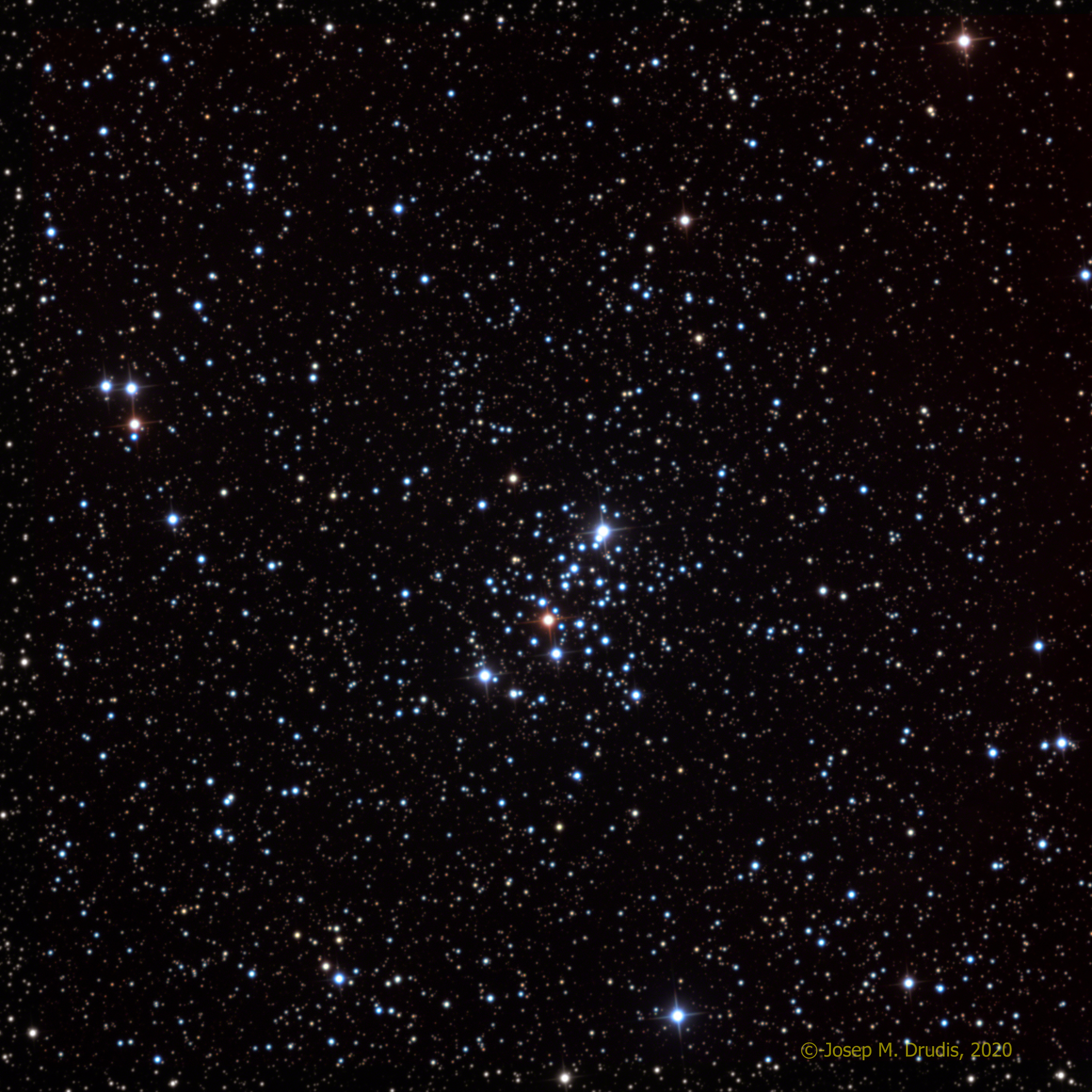 Messier 103 is a rather small and far away open cluster. It is located in the constellation Cassiopeia, close to the bright delta Cas (mag +2.81, eclipsing binary). This cluster has 172 confirmed stars, out of which, a prominent red giant star, of spectral type M6 III (located near its center) as well as several type B blue super giants. The bright blue star located in the upper right corner of the cluster (ADS 1209) is a foreground star and does not belong to it. Its distance has been estimated at 10,000 ly and it is a pretty young cluster, about 25 million years old.