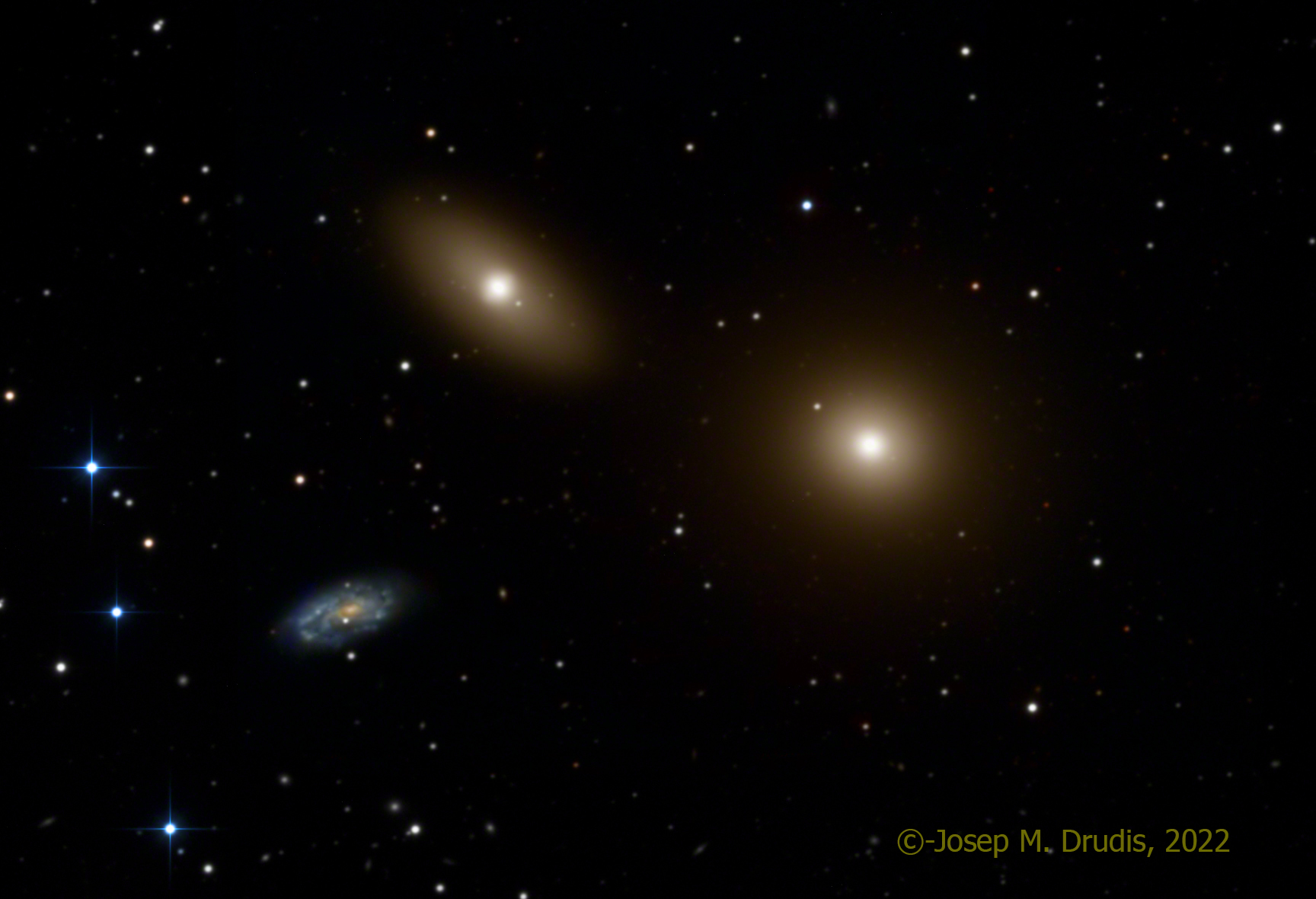 Messier 105 (NGC 3379) is a nearly “perfect” elliptical galaxy located 32 million light years away in the constellation Leo. M105’s “perfection” is due to the fact that its isophotes are nearly perfect ellipses all the way to the outer regions and without any fine structure on them. It harbors a massive 140-200 million solar masses black hole in its center and it shows properties that put M105 as being an AGN (Active Galaxy Nucleus). Some young star clusters as well as a few blue stars reveal that M105 is not, like most classical ellipticals, a “dead” galaxy. It still forms new stars, although at a slow pace: about one star every 10,000 years. Both M105 (the rightmost elliptical in the image) and NGC 3384 (on its left) are surrounded by a ring of neutral hydrogen gas (not detectable in visible wavelengths) where a few stars are forming. The barred spiral on the left is NGC 3389.