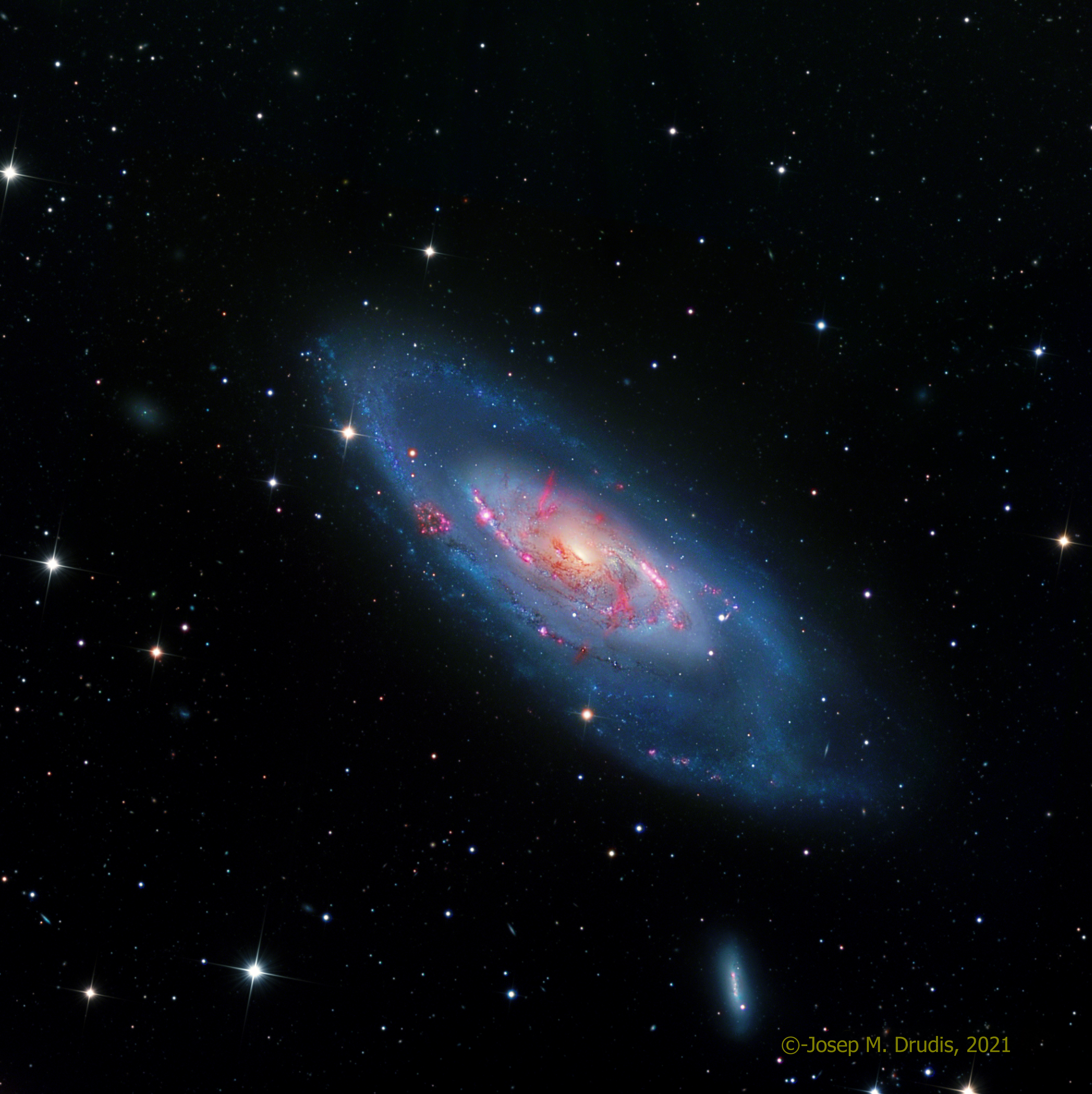 M106 is an SABbc type spiral galaxy, located in the constellation Canes Venatici. This galaxy has two sets of spiral arms. One of them with stars and the second one with only glowing gas. This second pair of arms is the result of the tidal interactions of the supermassive black hole that resides at its center (about 40 Million solar masses). M106 also has an Active Galactic nucleus, and has been classified as a Seyfert 2 galaxy. It also has a water megamaser (which provides its purple color), what has allowed cosmologists to determine, independently, the distance to the galaxy and, hence, recalibrate the current distances taken with cepheid stars.

This image has been reprocessed (January 2021) to include additional 20 hours of Ha, to better display the gaseous arms.