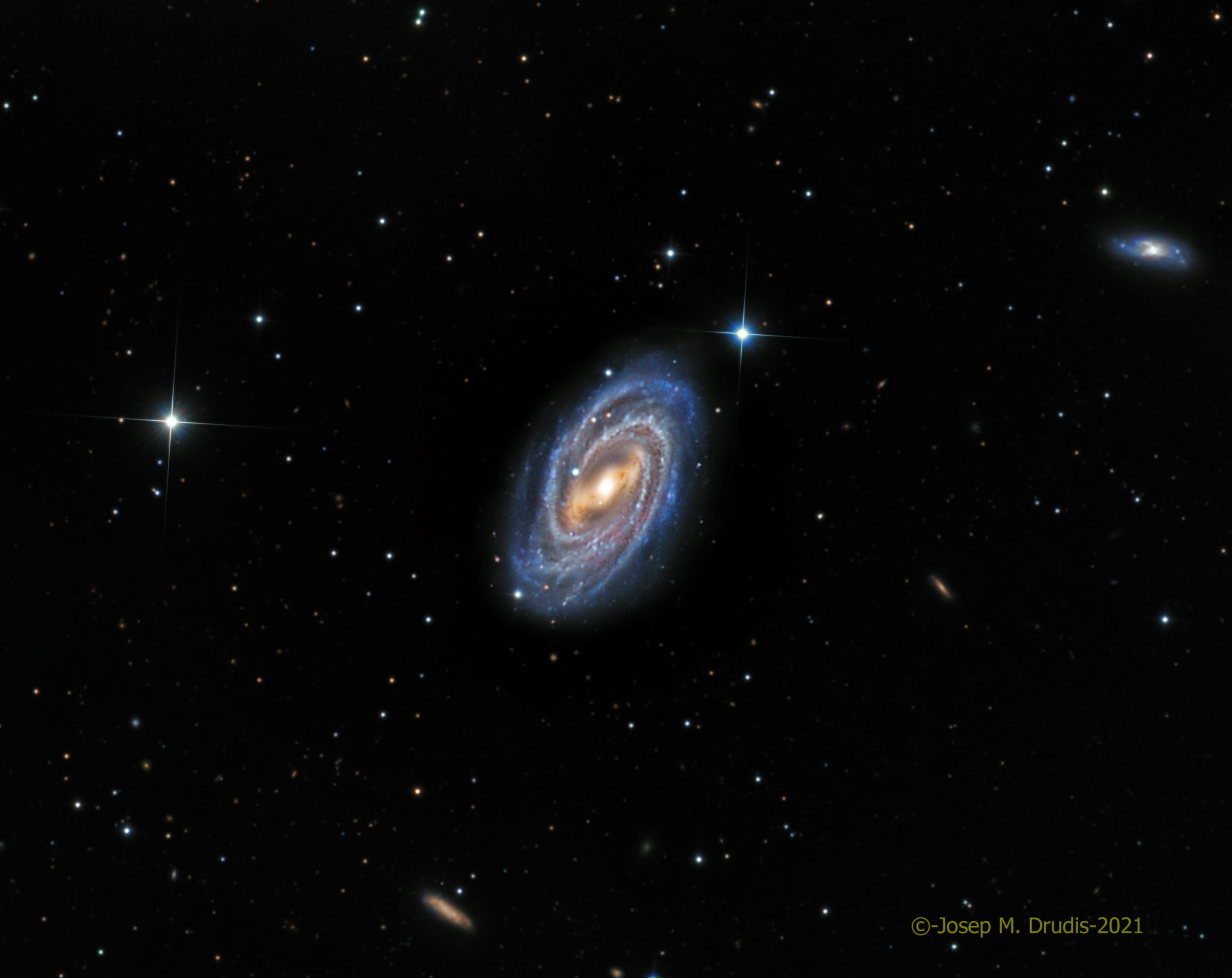 Messier 109, usually known as M109, is a barred spiral galaxy (this one, as well as several similar barred galaxies are also classified as “Theta” galaxies, due to their similarity to the Greek letter). It is located in the constellation Ursa major and lies about 83.5 Million light years away (the farthest away spiral galaxy of the Messier Catalog). A supernova was observed in this galaxy in March 1956. No other supernova has been detected in this galaxy since then. It is the brightest member of the so-called M109 Group and has three bright satellites: UGC 6969, bottom-center, UGC 6940, fainter, located at the right of M109 and UGC 6923, the brightest of the three, located close to the upper right corner. in this image, dozens of background galaxies can be spotted.

This galaxy was included in the messier Catalog in 1953, by Owen Gingrich. Although a well documented paper by Henk Bril in 2006, argued that Messier’s M109 was a different galaxy (the close-by NGC 3953), the initial designation was kept.