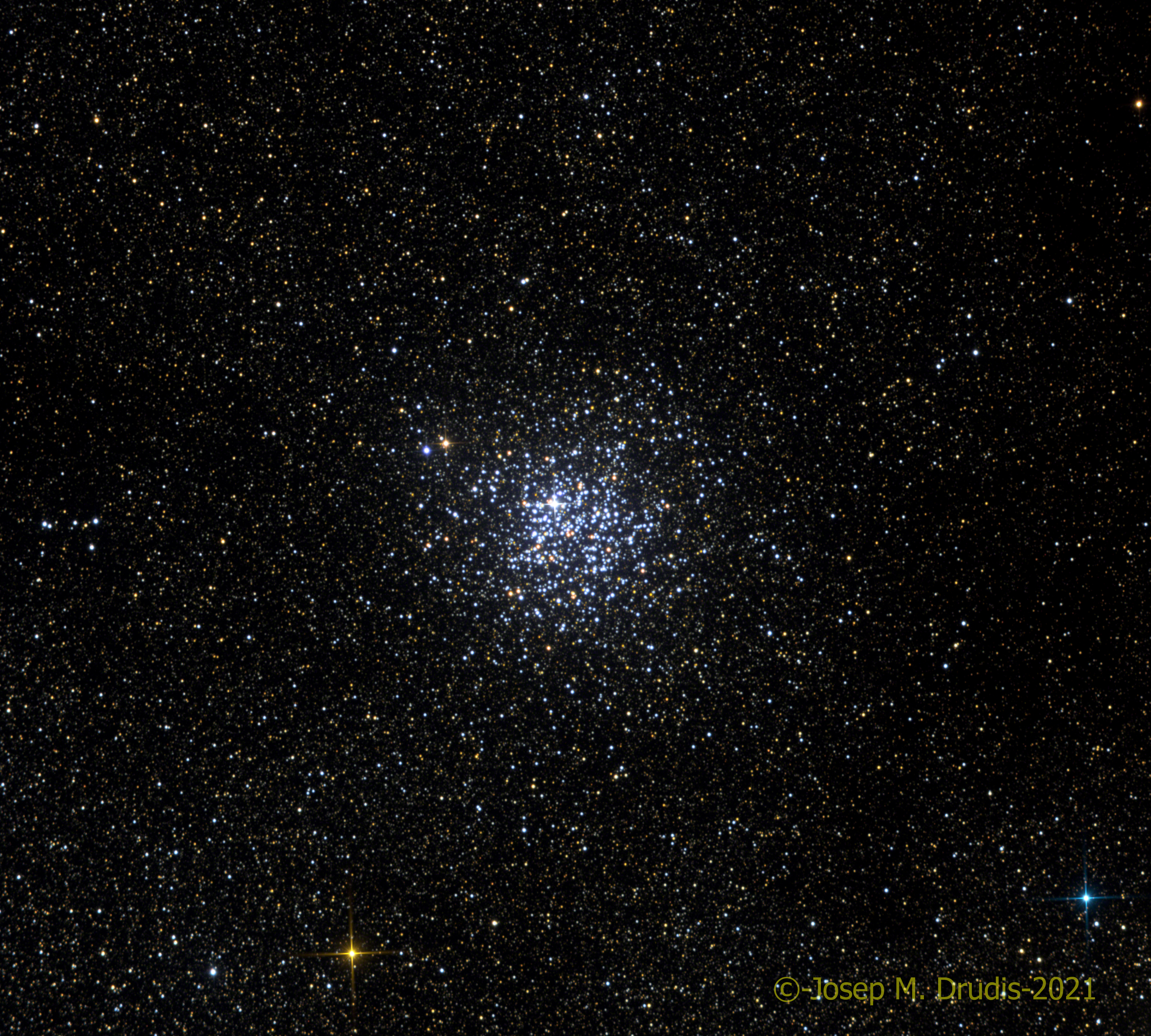 Messier 11 is an open cluster located in the constellation Scutum and estimated to be about 220 million years old. The nickname “Wild Duck” seems to have originated in the fact that the brightest stars seem to be distributed on a “V”-shaped triangle, like the flocks of ducks. This open cluster is the most distant in the Messier catalog, 6,200 light years, and one of the most populated known, with over 2,900 stars in it. Messier 11 is seen against the Scutum Cloud, a bright patch of stars in the Milky Way.