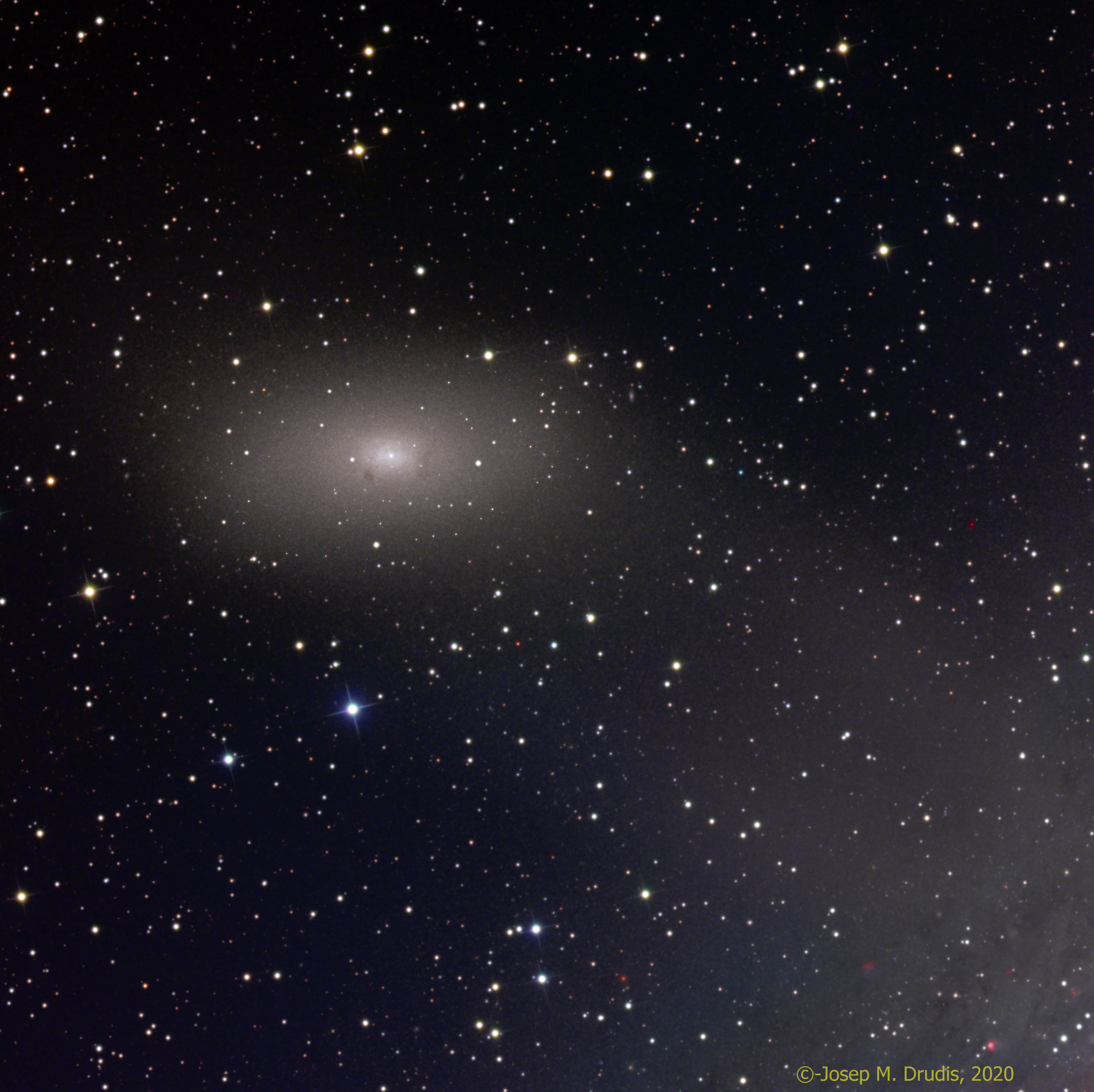 Messier 110 (M110) is a dwarf elliptical galaxy, located in the constellation Andromeda. Together with M32, they are the most conspicuous of the many satellites that orbit around the Andromeda Galaxy, M31. M110 is catalogued also as NGC 205 and classified as type pec dE5. Elliptical galaxies are usually very smooth and pretty featureless. M110 shows some simple dust lanes near its center and thus catalogued as “peculiar” (hence the “pec” in its type). According to Valluri et al. M110 does not contain a massive black hole in its center that is larger than 22,000 solar masses. They used the Hubble Telescope to study the kinematics of the stars near the galaxy’s center. In this image, it is possible to see the star stream between M110 and the Andromeda Galaxy, that is glimpsed towards the lower right corner.