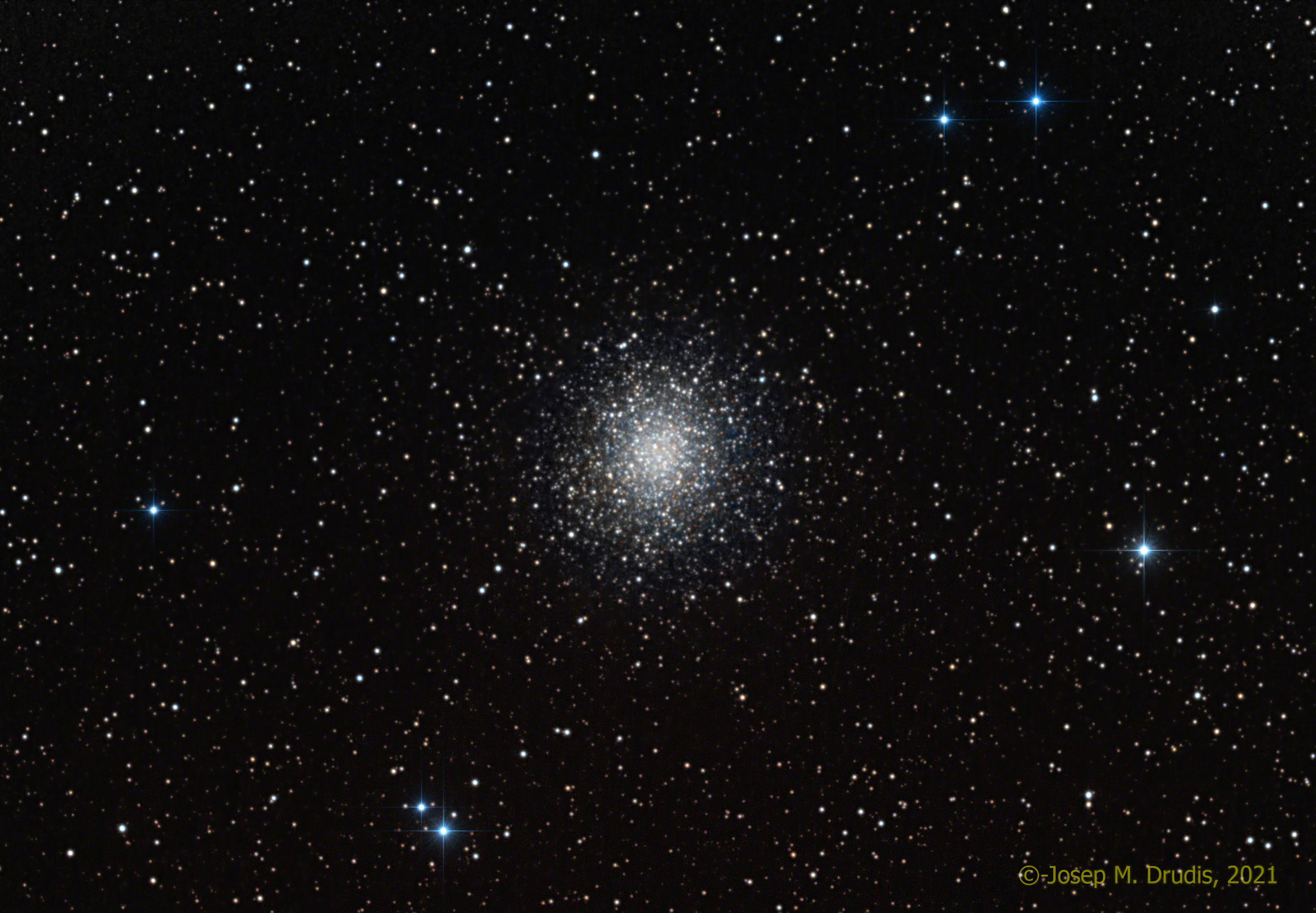 Messier 14  is a globular cluster located in the constellation Ophiuchus. The distance of our solar system to M14 has been determined at 30,300 light years. The total mass of M14 is about 400,000 solar masses (about 150,000 stars). The shape of the cluster is elongated, mainly due to its rotation speed and mass.