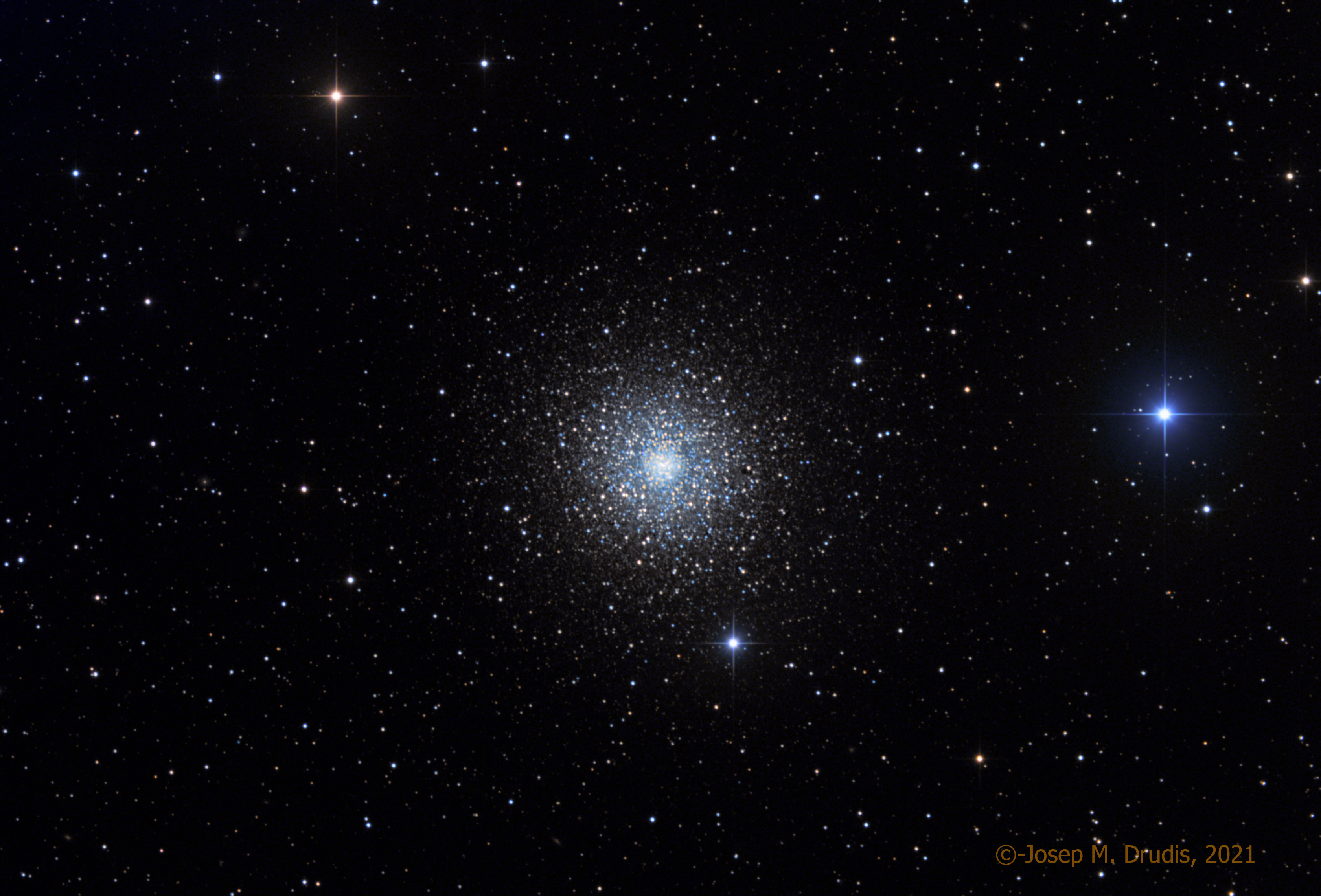 Messier 15 is a very old (12 billion years old) globular cluster, located at 34,000 light years in the constellation Pegasus. Containing over 100,000 stars, 8 of which are neutron stars (even a double neutron star system has been detected in M15), and over 100 variable stars. The core has undergone a core collapse and it is extremely compact (1.4 light years). It is believed that an intermediate mass black hole (about 3,000 solar masses) lurks in the center of it. Core collapse is rather common in the Milky Way’s globulars (about one fifth of them have undergone core collapse).