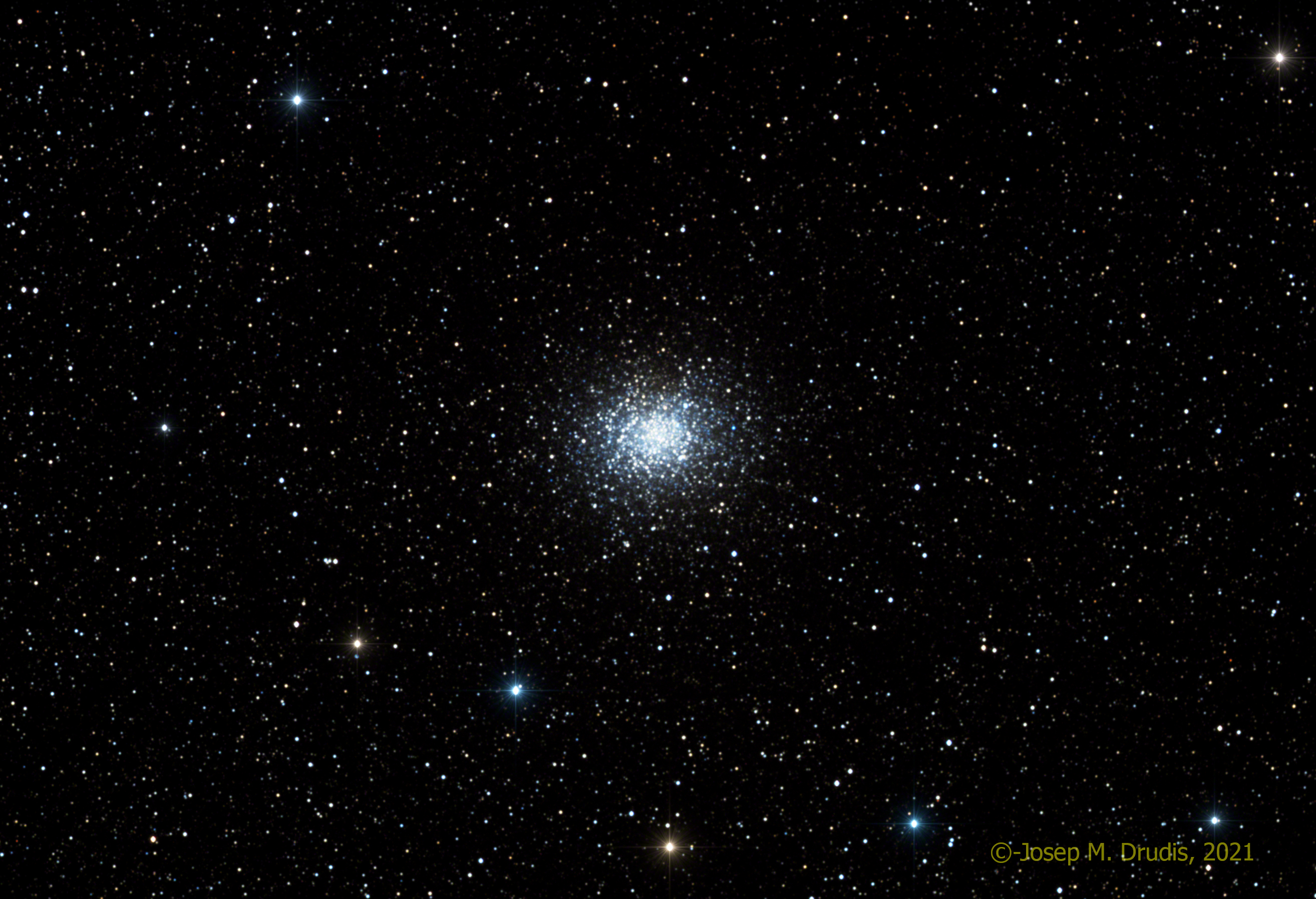 Messier 19 is a globular cluster located in the constellation Ophiuchus. It shows a definite oblate shape, mostly due to its closeness to the galactic center, helped by dust clouds located between the cluster and ourselves (its shape is less oblate when viewed with infra-red filters). The distance to M19 (28700 ly) is comparable to our distance to the galactic center (26000 ly), thus placing M19 at the other side of the galactic center. Its mass is over 1.1 million solar masses, while having about 300,000 stars.