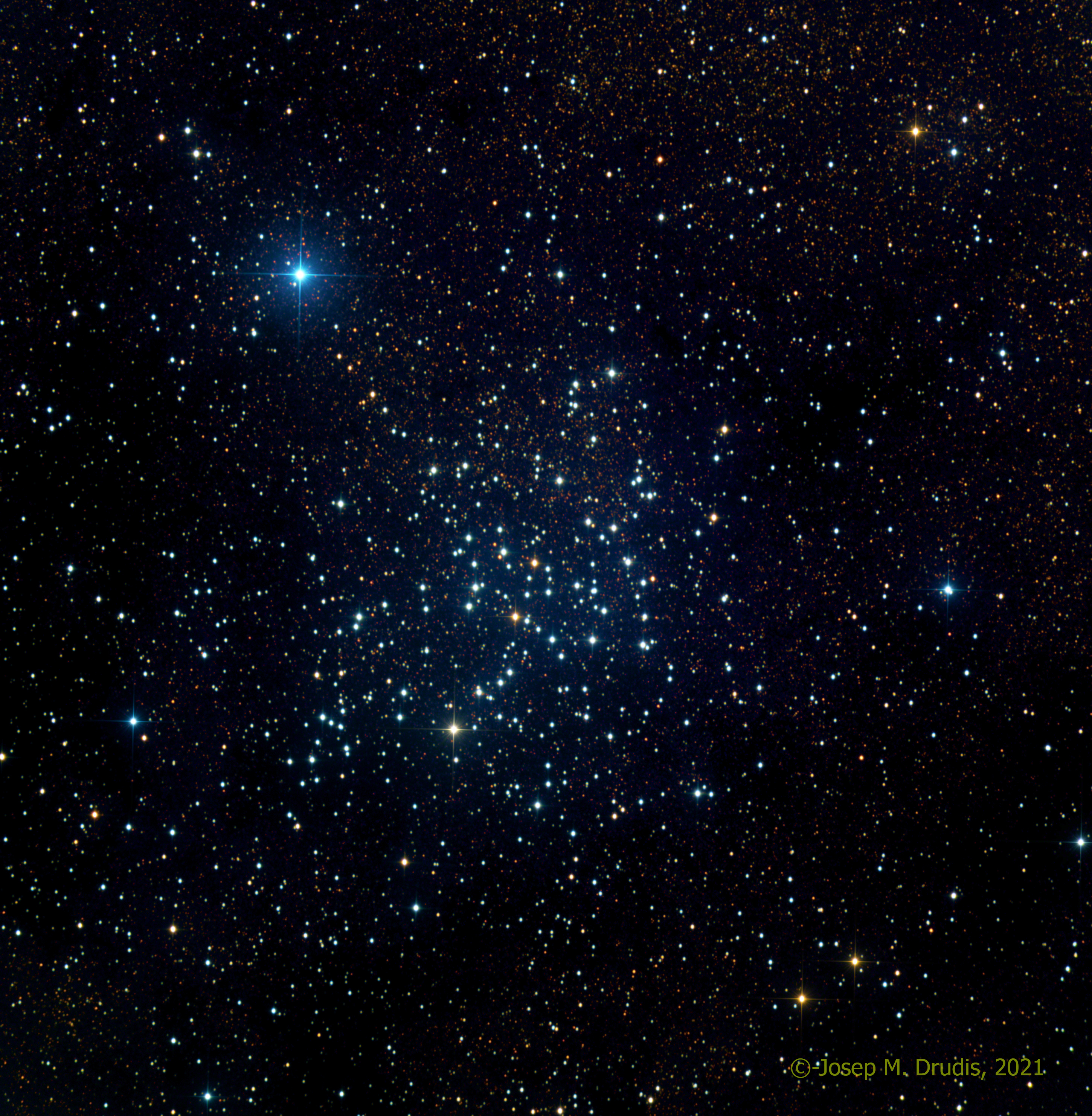 Messier 23 is a pretty bright open cluster in the constellation Sagittarius. Located at about 2,000 light years from us, it contains about 200 stars (estimates range from 165 to 400 stars, but the most probable number is between 180 and 250 stars). Considered to be a rather old open cluster (330 million years old), it lies in front of a very populated region of the Milky Way, close (angularly) to M8, M20 and M21.