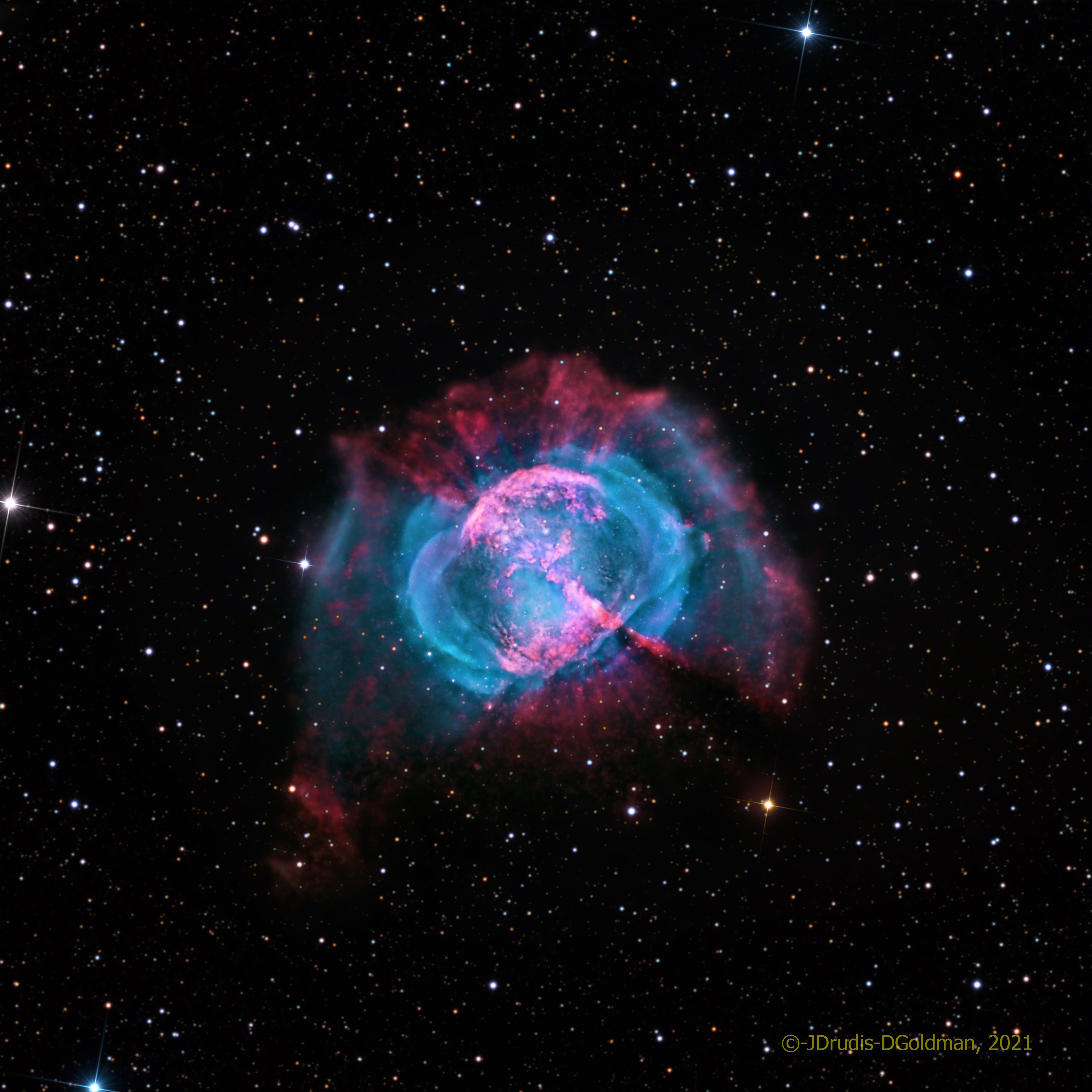 This image is the third, and final, version of M27 that I have taken. The previous two can be found here. The first one was taken with an 11 inch telescope and only in LRGB. The second one was taken from Mount Lemmon, with the 32 inch Schulman Telescope, that time in HaLRGB. This time, a complete narrowband set (Ha, NII and OIII, all 3 nm band pass) was taken. This project was done together with Don Goldman (his version can be found here) and is the result of over 100 hours exposure time (specifically, 100h 20 min). The inclusion of a NII filter for this planetary nebula was done because according to Lagroise et al (2015) the intensity of the NII emission is very strong. Indeed, much of the finer structure in the core of the nebula is better seen in the images of this filter. Ha and NII were both mapped to Red and OIII to Green and Blue.