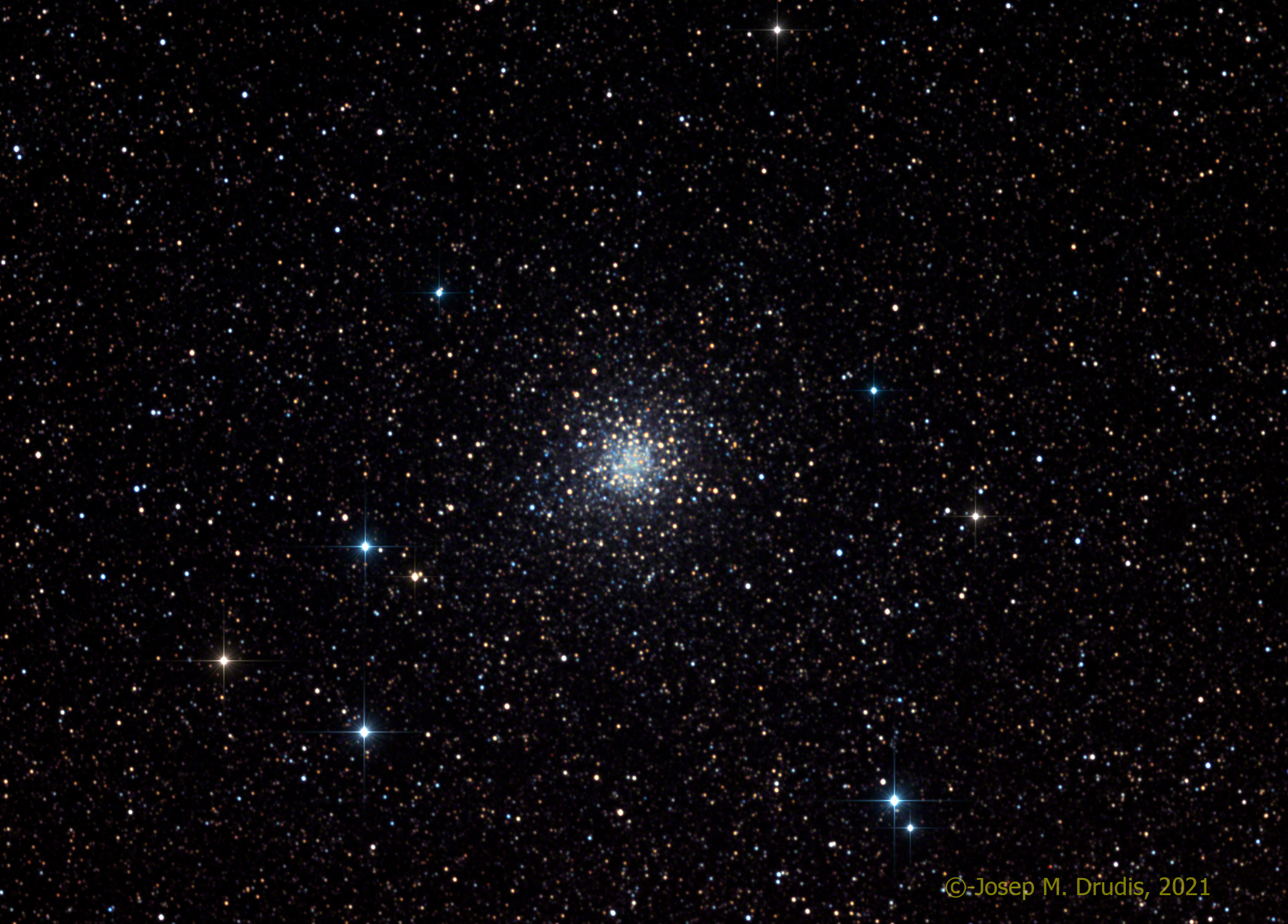 Messier 28 is a small (50,000 stars), not very distant (18,000 light years) globular cluster. The constellation Sagittarius hosts a great deal of Messier objects (14, half of them are globulars), being M28 one of them. Usually, the globular clusters have some RR Lyrae stars (variable stars that are useful to calculate distances. This is also the case in M28, which contains 18 of them. A peculiar feature is that M28 has 12 millisecond pulsars with periods lower than 10 milliseconds.