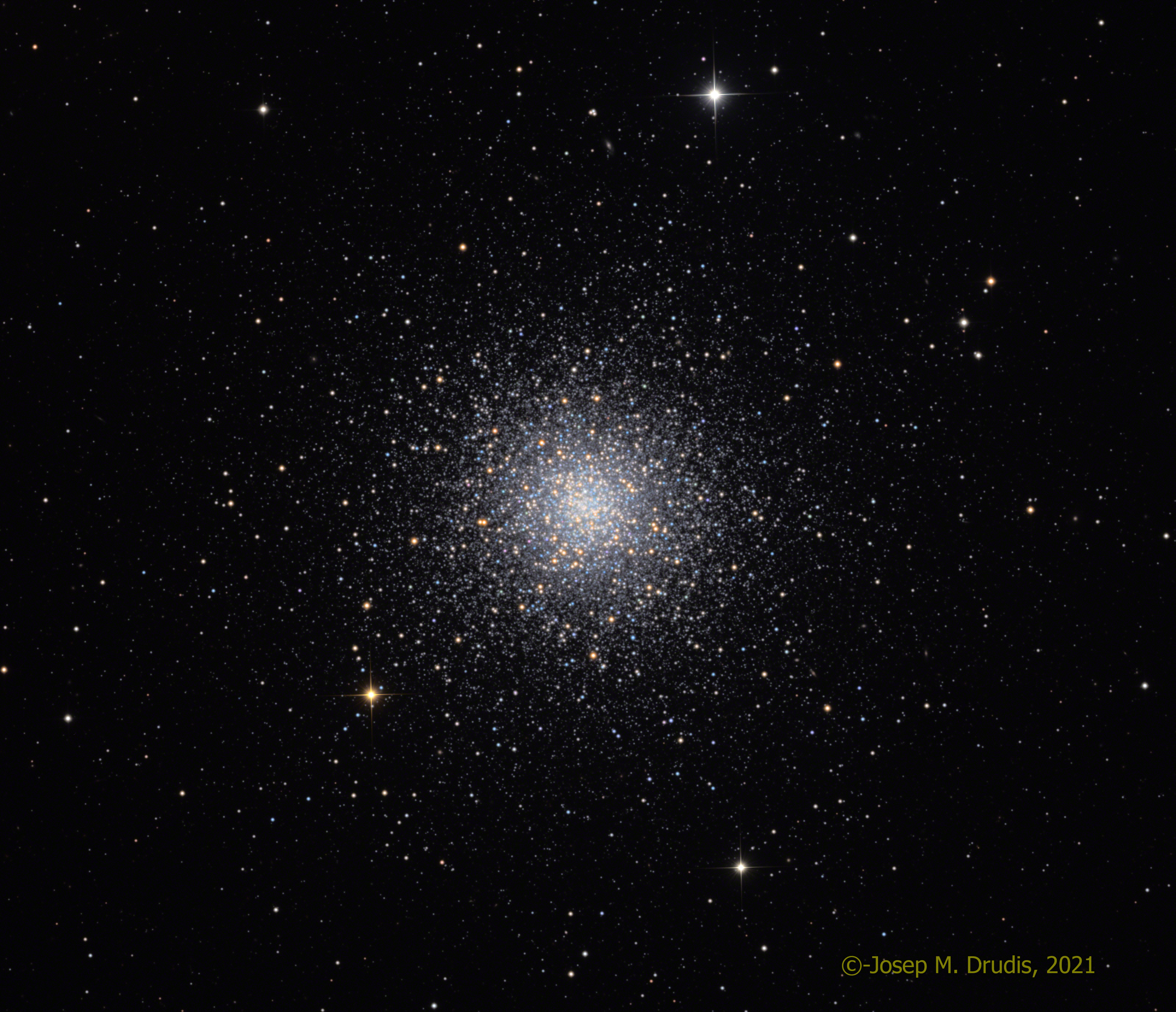 Messier 3 is one of the large globular clusters in the Messier Catalog and the first object in his catalog discovered by Messier himself. M3 is located in the constellation Canes Venatici about 33,900 light years from us. Its mass is about 450,000 solar masses, containing about half a million stars. Their average spectral type is F2 and it shows an unusually high metallicity (elements heavier than Helium), compared to other globulars. This globular cluster has a surprisingly high number of variable stars (about 300), especially of the RR Lyrae type (as many as 233, according to A. Bhardwaj in 2020). M3 also has a higher than usual number of blue stragglers.