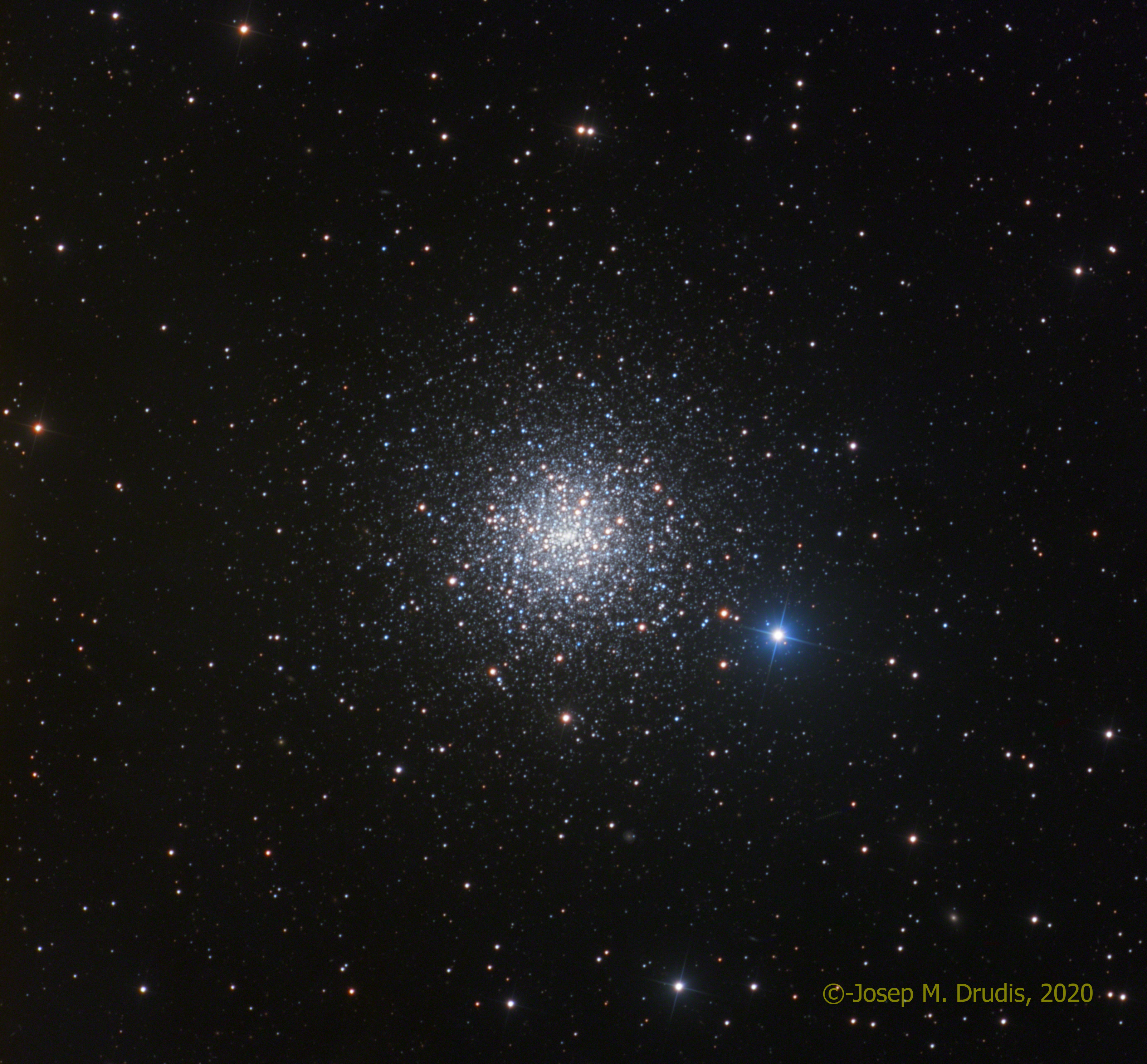 Messier 30 (M30 for short) is not only one of the 28 globular clusters in the Messier Catalog. It is also one of the largest (150,000 stars with 160,000 solar masses). An amazing characteristic of this cluster is its “Blue Stragglers”. In a globular cluster, all stars are formed around the same time, pretty much short after the Recombination Period after the Big Bang. This should mean that all stars should have evolved by now and show nice red colors. This is not the case, because stars can accrete gas from other stars, increasing their mass and igniting again the Hydrogen-to-Helium sequence. Their new (higher) mass determines their new temperature and color: Blue. Theory says that these Blue Stragglers are formed mainly in binary systems, where one star captures gas from the second, close companion. Another explanation would be the mass accretion gained from the collision with another star, although this one seemed to be less favored. Working with data from the Hubble Telescope, Ferraro et al., found that there are indeed two different populations of Blue Stragglers in M30: a “bluer” population that seems to have originated through star collisions and a”redder” (probably, it would be more accurate to call them “less blue”) population that was originated through gas accretion in binary systems. Both populations are mostly concentrated in a small region, close to M30’s center. It remains to be demonstrated whether this kind of distribution is a general rule or something specific of M30.