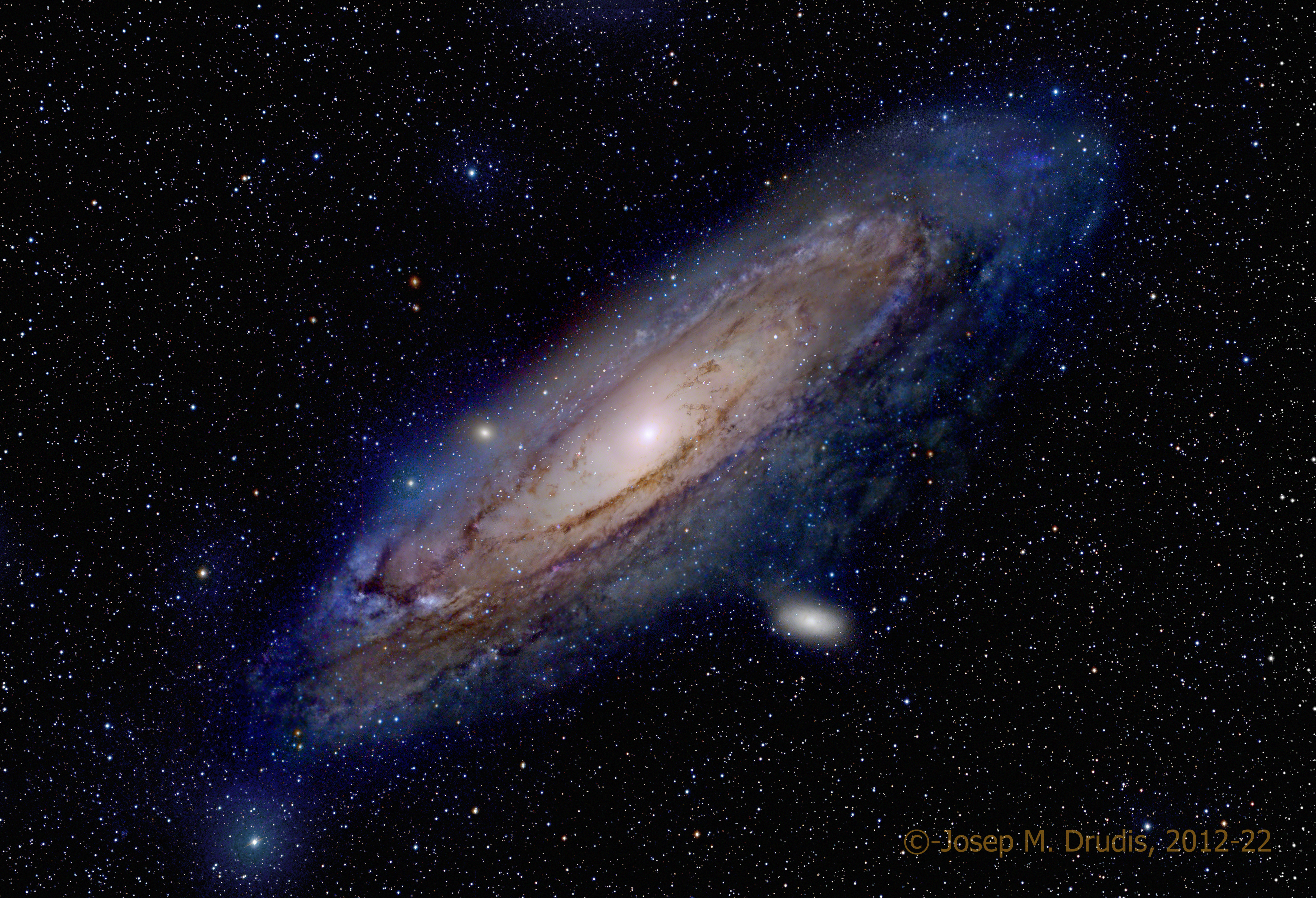 This is Messier 31, the Andromeda Galaxy and two of its satellites, Messier 32, seen here as if being inside the outer star clouds of M31, at 9 o’clock. Also to be seen is Messier 110, another elliptical galaxy seen just outside M31’s disk, at about 4 o’clock. Much has been said about this galaxy, the largest in out Local Group and bound to collide with our own Milky Way in some million years from now. So, I will only refer to the story around this image and how it was completed.

This image was planned when I decided to take and complete the whole Messier Catalog using only large aperture telescopes (but only amateur telescopes). I know of only one successful amateur attempt at taking a high resolution mosaic of M31 with a 20 inch RC telescope. This incredible image by Robert Gendler stands out as one of the best (if not the best) ever made by an amateur. My plan was different: I already had a wide field image of M31, see Figure 1, taken with a 106 mm refractor in 2012. As I was not very fond of the color shown in that image, I took an RGB series of images of the bright part of the galaxy, with a 150 mm refractor, see panels in Figure 2. Now, the challenge was to take enough separate panels with a 24 inch telescope (only Luminance) to cover the whole galaxy. The final distribution of panels can be seen in Figure 3. 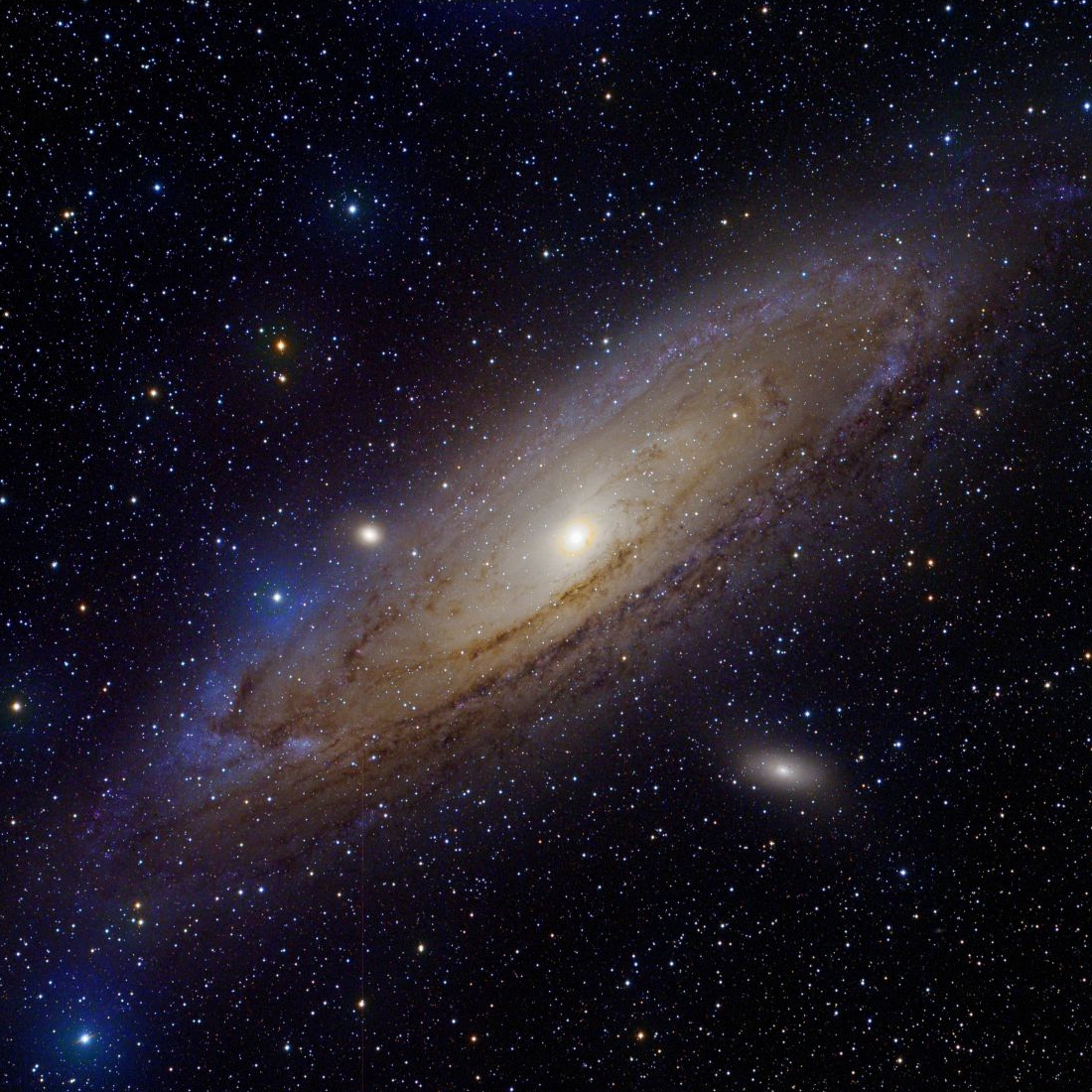 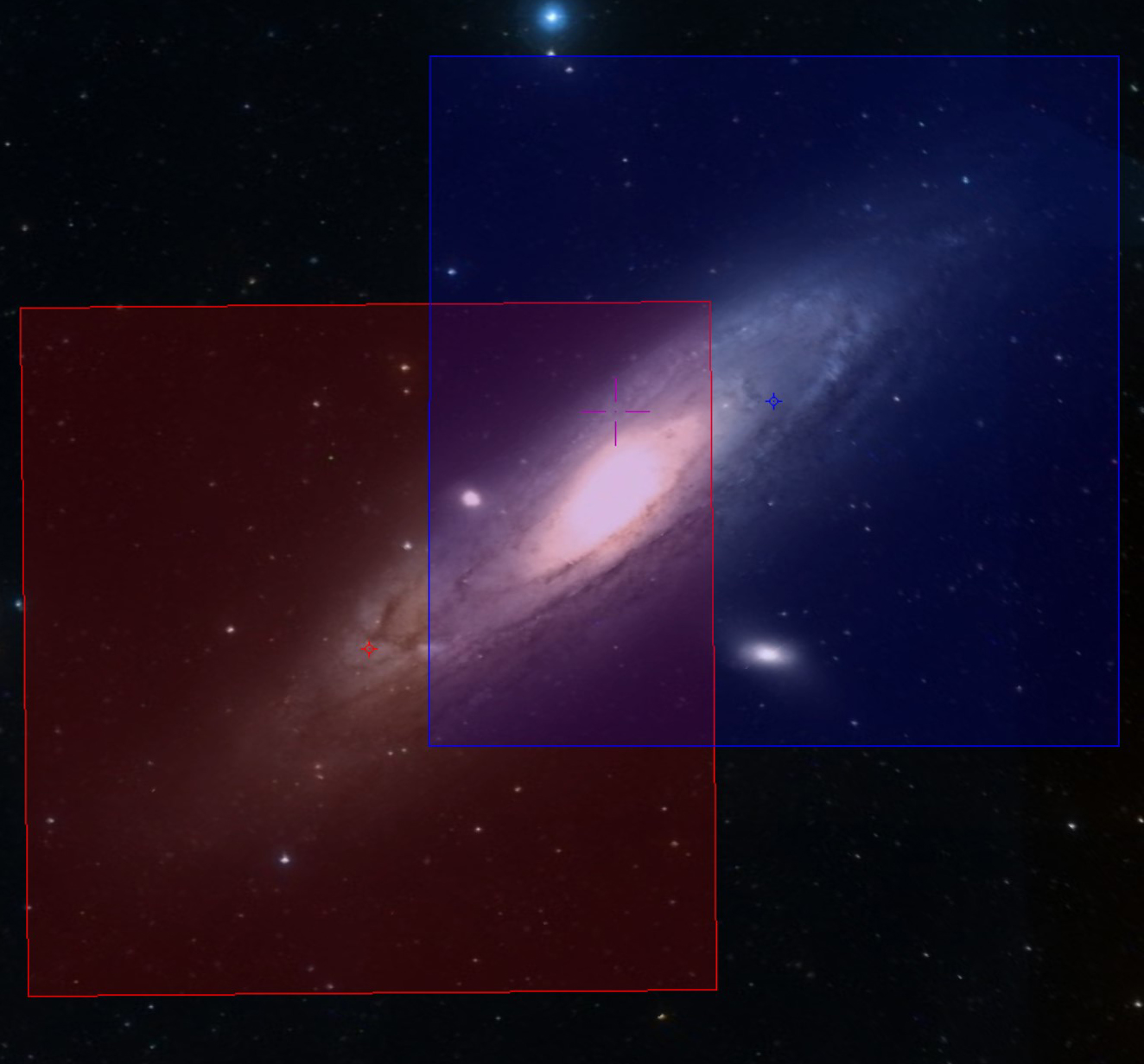 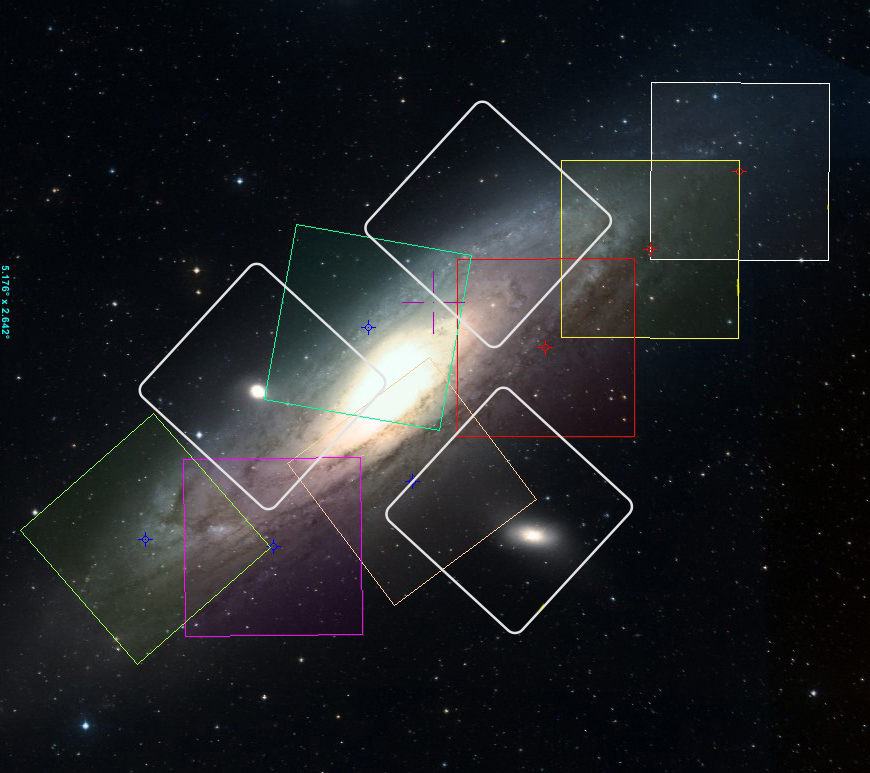 In all, after processing all images as well as incorporating all panels, this image has needed over 200 hours of work and 67 hours of total exposure…