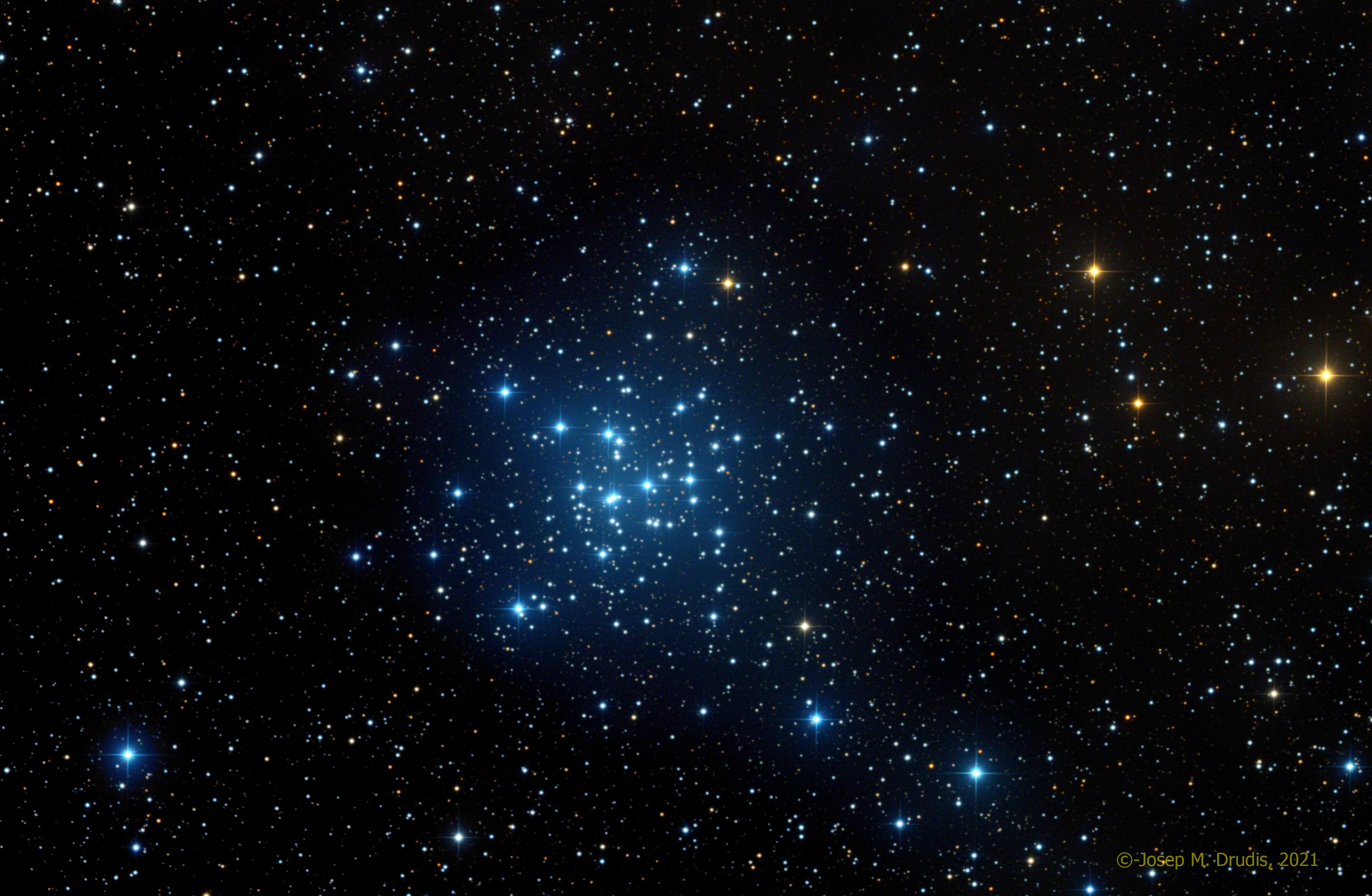 Messier 36, sometimes referred to as the Pinwheel Cluster, is an open cluster located 4300 light years away, in the constellation Auriga. It lies about ten times farther away compared with the Pleiades, M45, making it one of the most distant clusters catalogued by Messier. It is also one of the faintest in this catalog, mag. +6.0. One characteristic that this cluster shares with M45 is that its stars show to have a rapid rotation speed.