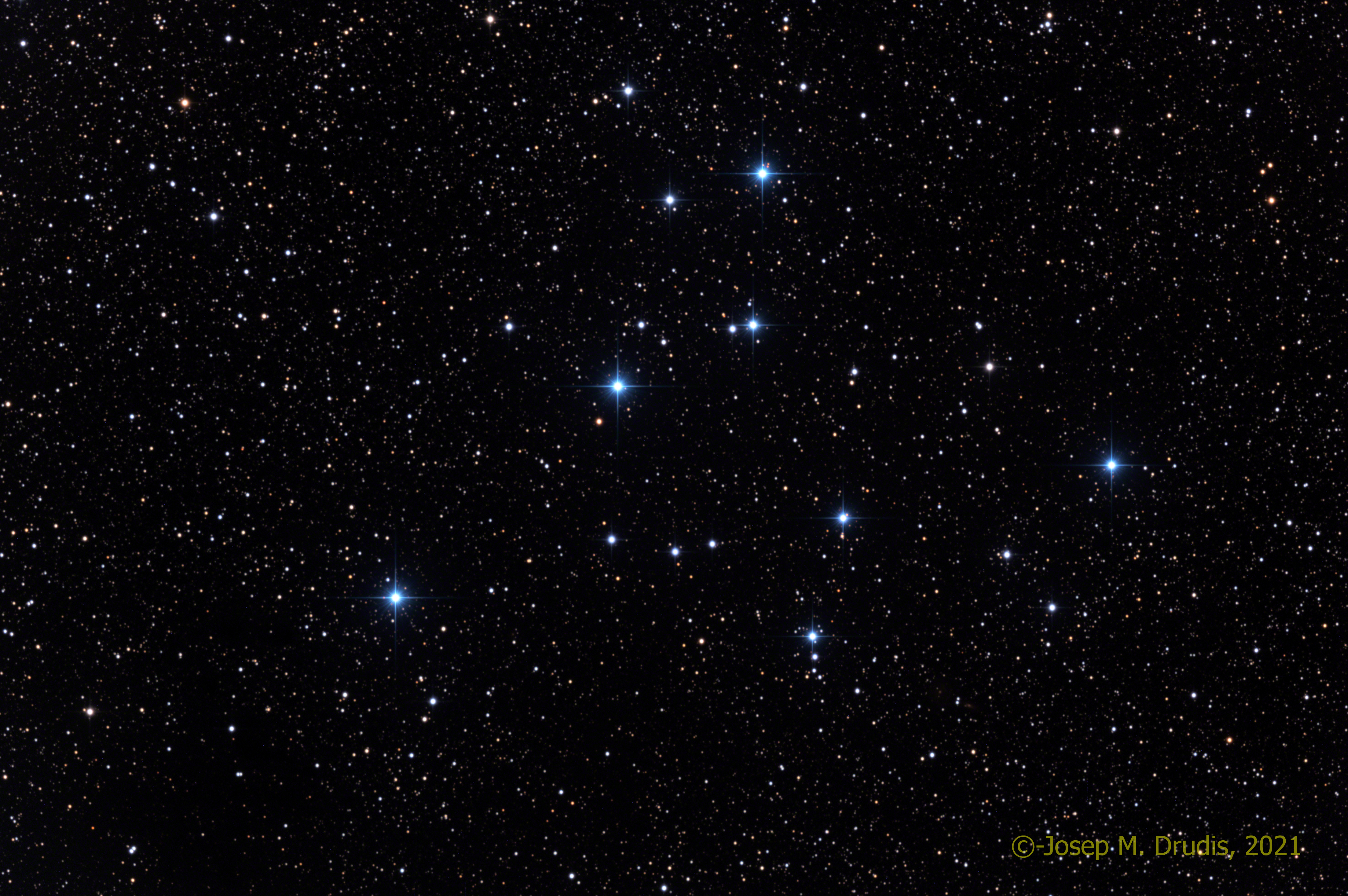 Messier 39 (NGC 7092) is a small open cluster mainly populated with stars showing a mass about our Sun’s. Being about 250 million years old, its 30-50 stars are still in the main sequence, burning hydrogen. In 2002, Gray and Corbally determined that five of M39’s stars were indeed “peculiar” (in stars, the term “peculiar” defines a star that has unusual metallicities, at least on their surface).