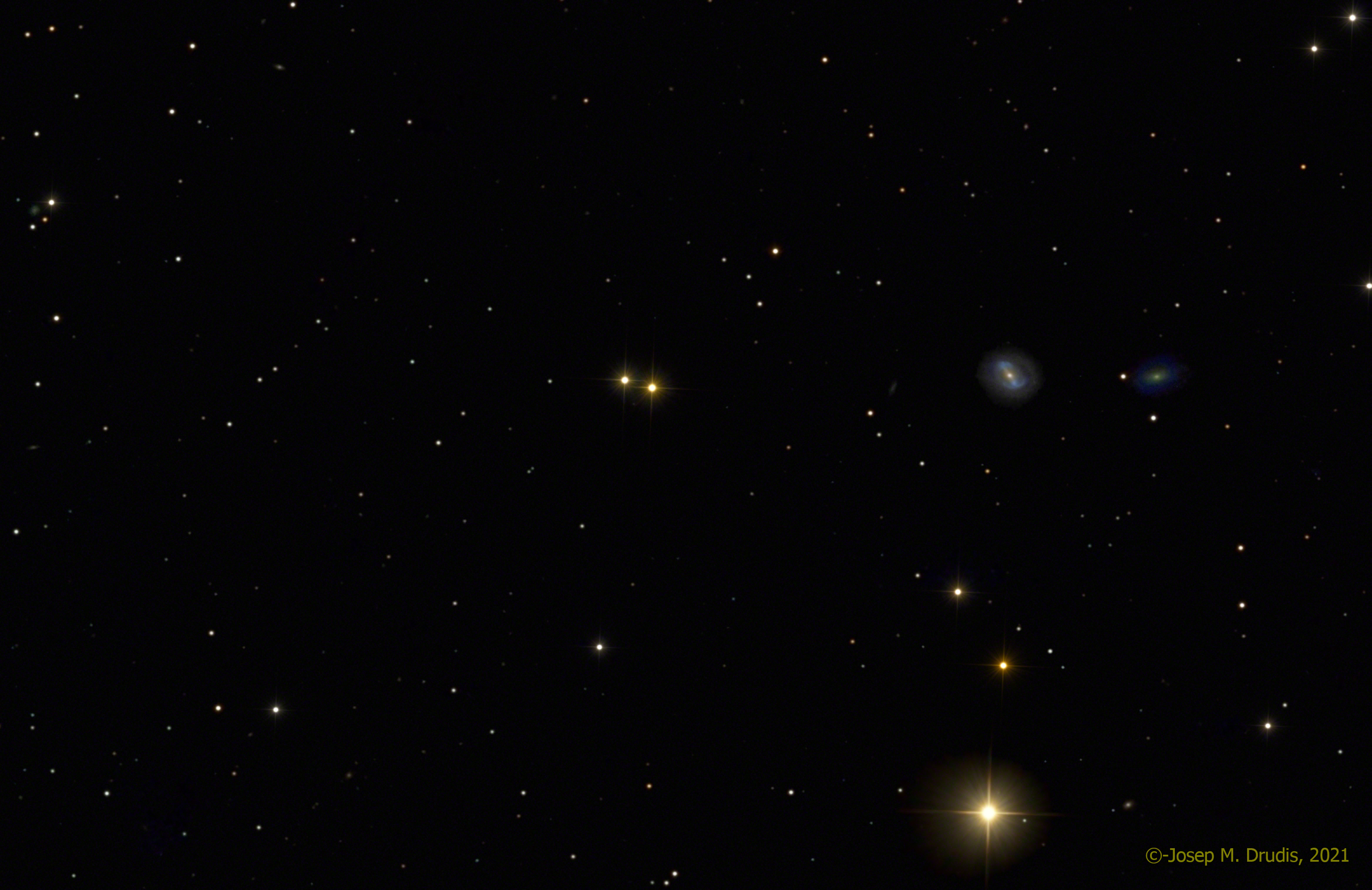 Messier 40 is a double star and not a deep sky object. Charles Messier, in October 1764, was looking for a “nebula” in that region, that had been previously described by Johannes Hevelius (Polish astronomer) about a hundred years before. Apparently, Hevelius referred to the close by galaxy NGC 4290 (see annotated image below). With the telescope used by Messier, this galaxy was not visible and he, instead,  assigned the number 40 of his catalog to this double star.