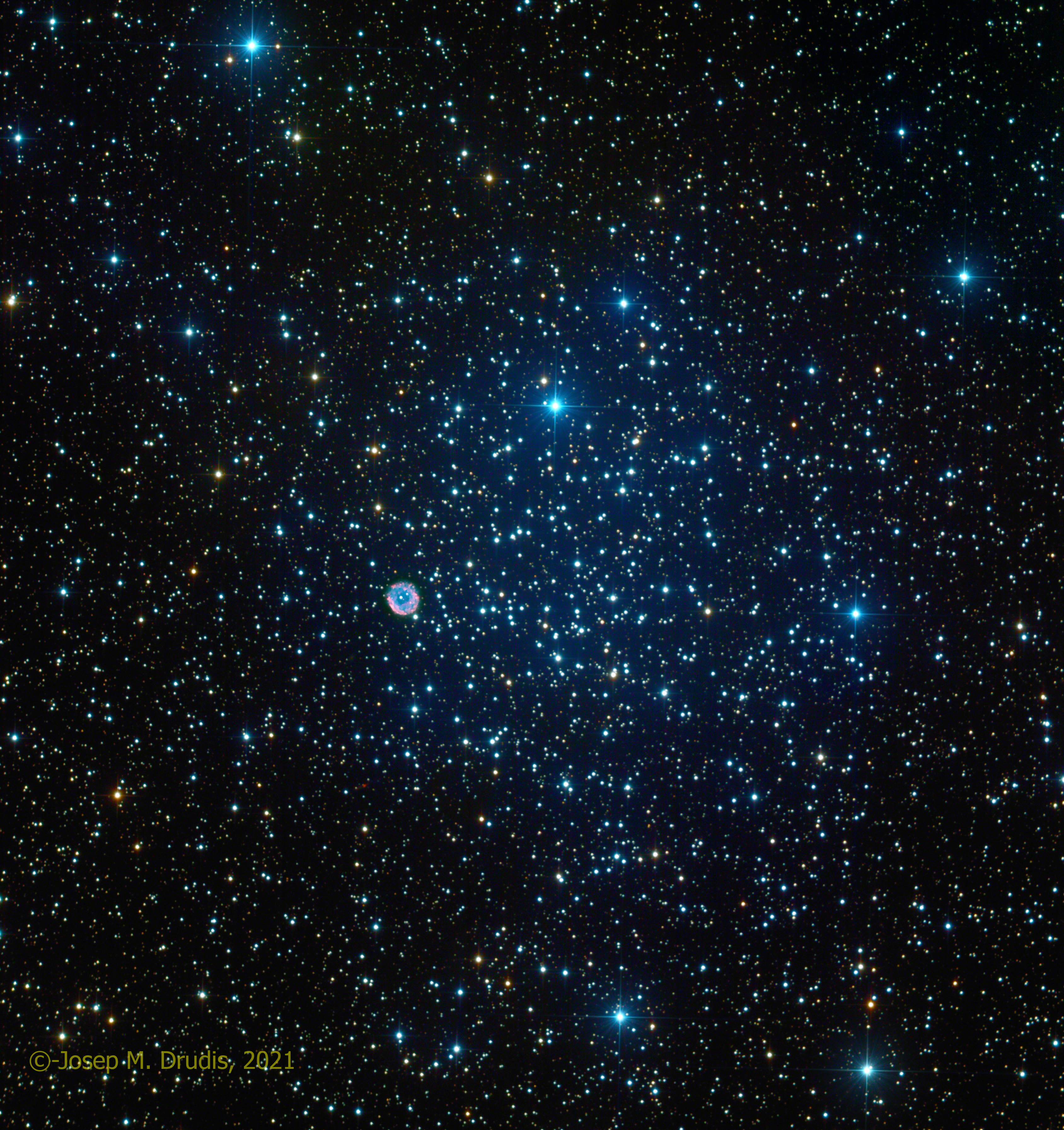 Messier 46 is a relatively old open cluster, with an estimate age of about 300 million years. Located in the southern constellation Puppis, it is about 5400 light years away. At about half that distance (2900 light years), NGC 2438, a conspicuous planetary nebula, appears superimposed to the background cluster. In this image, the planetary nebula has been captured with narrowband filters (Ha and OIII). Containing about 500 stars, this cluster lies in an area having also other well known deep-sky objects, like M47 or NGC 2359 (the Thor’s Helmet).