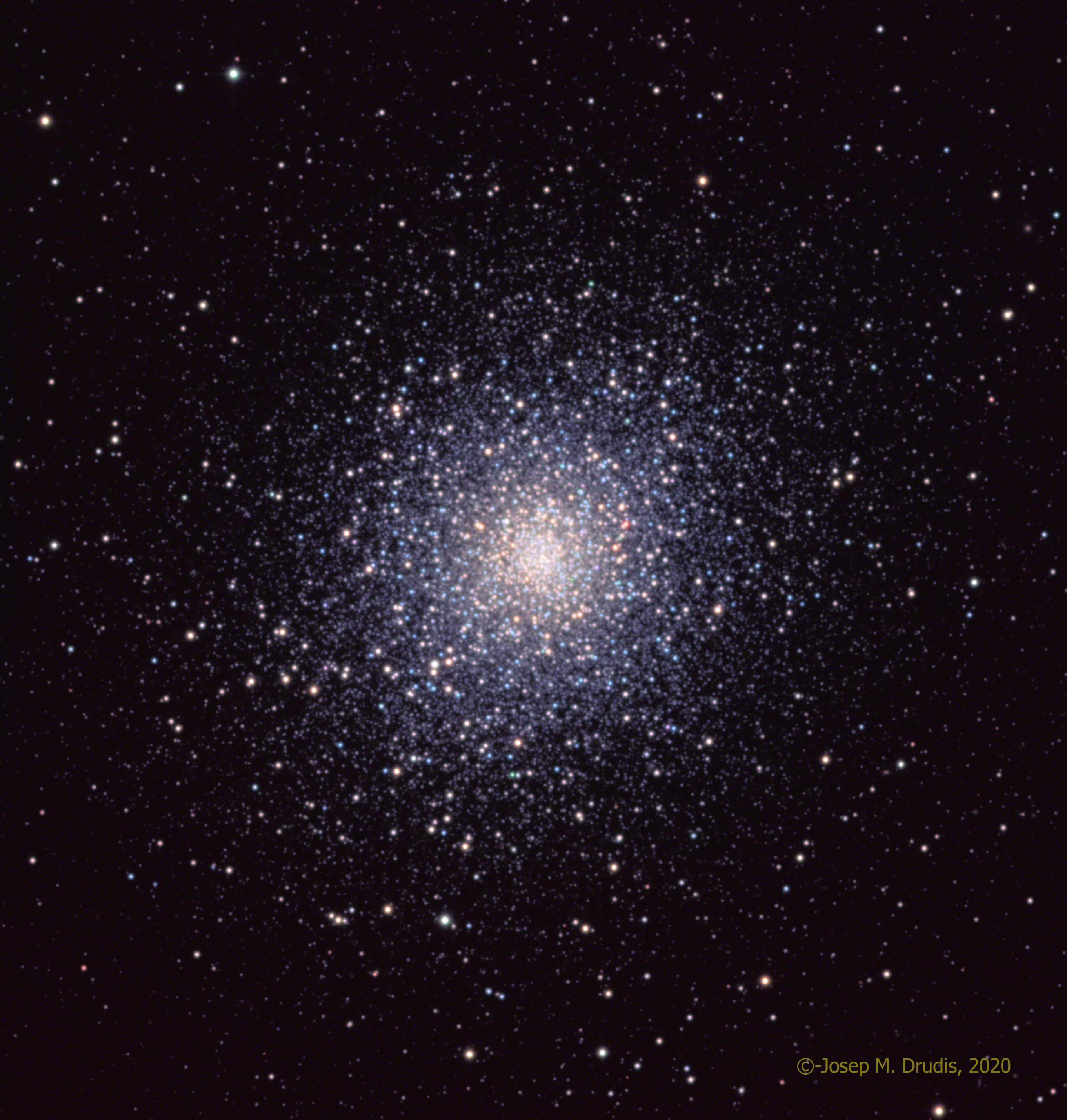 Messier 5 is one of the 29 globular clusters included by Charles Messier in his famous catalog. It contains at least 100,000 stars and has a magnitude of +6.65. Discovered by the German astronomer Gottfried Kirch in 1702, Messier included it in his catalog as late as 1764 and, as usual due to the telescope he had, he described it as a “cloud without stars”.

This cluster contains 105 variable stars, of which as many as 97 are RR Lyrae type. This cluster is well over 12 billion years old and all the blue stars visible in it are “blue stragglers” (young stars formed by collision between two or more old stars) or stars captured by it.