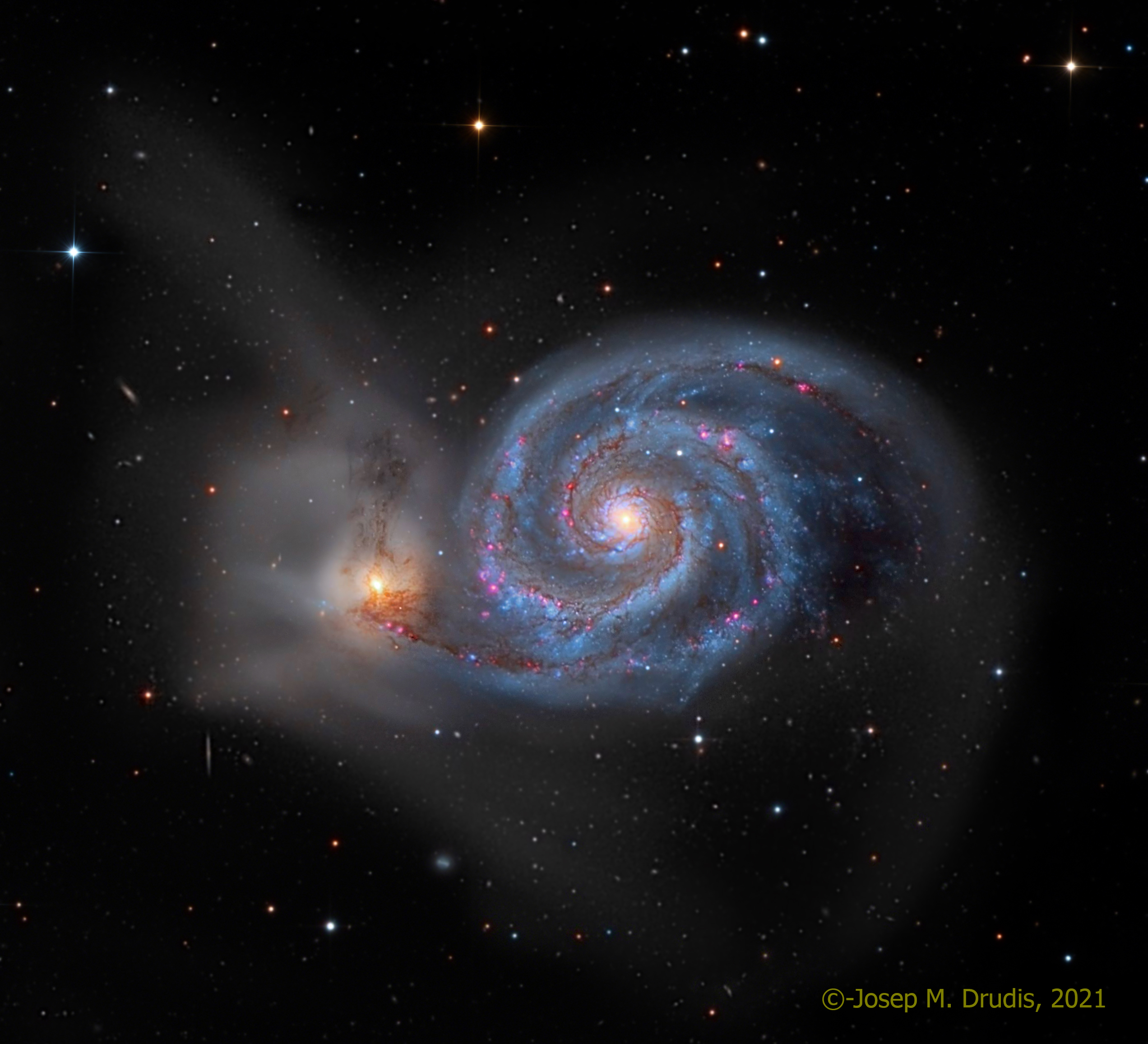 M 51, also known as the “Whirlpool Galaxy”, is a spiral galaxy in the constellation Canes Venatici. This galaxy is interacting with the smaller NGC 5195 (on the left of M51, and it is passing behind it) and, due to this fact, both have been included in Halton Arp’s Catalog of Peculiar Galaxies, as Arp 85. NGC 5195 seems to have crossed M 51 twice, inducing the visible spiral structure on it and being stripped away of most of the free hydrogen gas clouds it might have had. Now, M 51 shows steady star formation, most probably due to the “acquired” gas. Given enough time (and near encounters), both galaxies will merge into only one. M51 is a Spiral galaxy type Seyfert 2. This means that its central black hole (about one million solar masses) is accreting mass from the surrounding stars and ejects two cone-shaped ionization beams. M51 has an active nucleus.