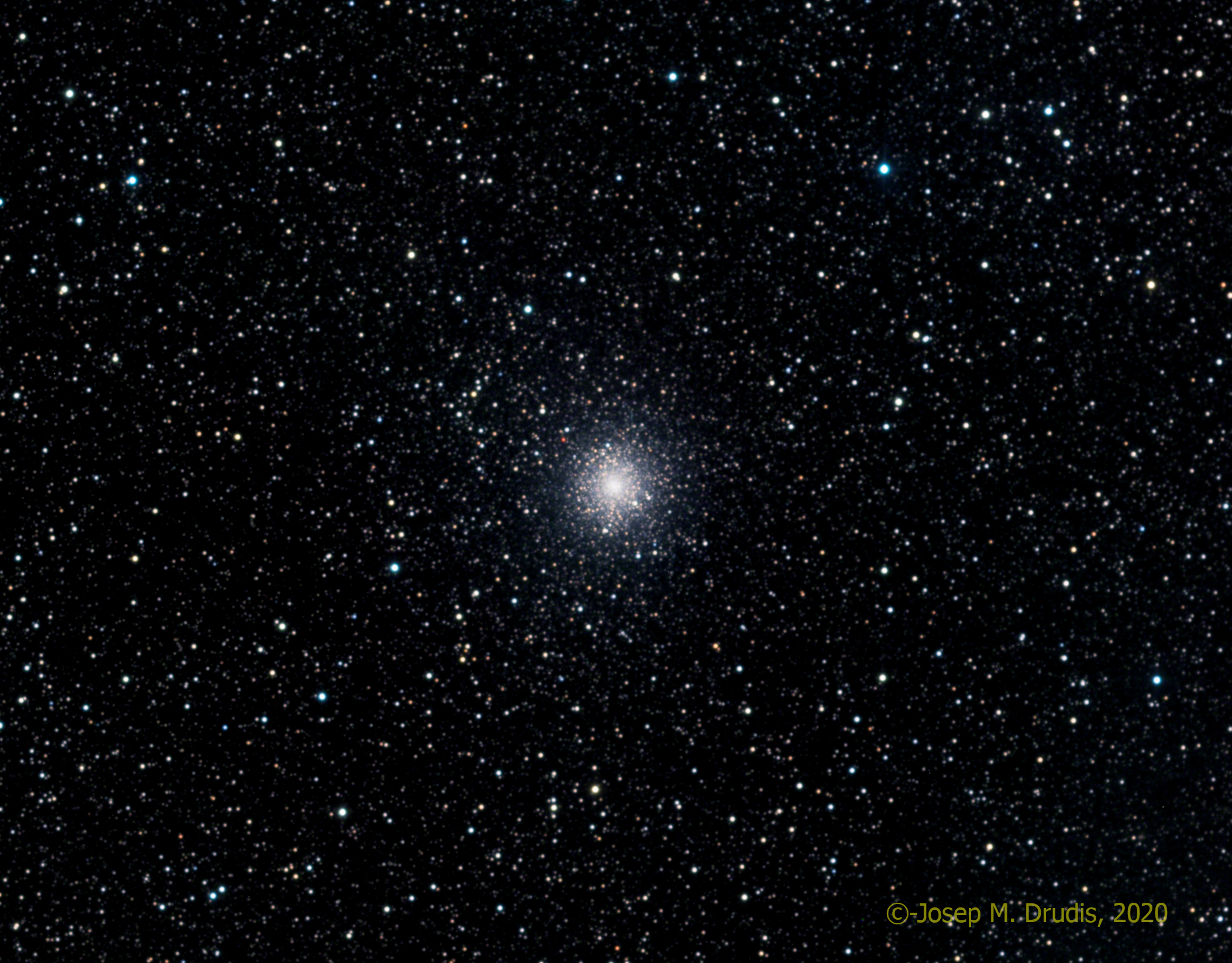 Messier 54 is a special globular cluster. It hosts about 1 Million stars, has a luminosity of 850,000 suns and has a total mass of 1.5 Million solar masses. It is located at 87,400 light years in the constellation Sagittarius. Discovered in 1778 by Charles Messier, it was believed to belong to our galaxy until 1994, when its distance was better determined and relocated into the Sagittarius Dwarf Galaxy (SDG), one of our Milky Way’s satellites. More specifically, this cluster is located at its center and some authors consider that it started as globular cluster and was slowed down due to friction, falling to the center of the dwarf galaxy. Other authors consider that M54 IS the center of the SDG. It is a very compact globular (one of the most concentrated globulars known) and its bright center is only possible to be resolved with the largest scopes.

In 2009, Ibata et al. found strong indications that M54 had an IMBH (Intermediate Mass Black Hole) in its center. If demonstrated, this would be a similar case as G1 (a globular orbiting the Andromeda Galaxy, M31), M15 or Omega Centauri . The postulated mass of this IMBH is about 9,400 solar masses. Different authors, like E. Noyola   in 2009 or J. Greene in 2020, have found additional, but not yet conclusive, evidence of the IMBH existence.