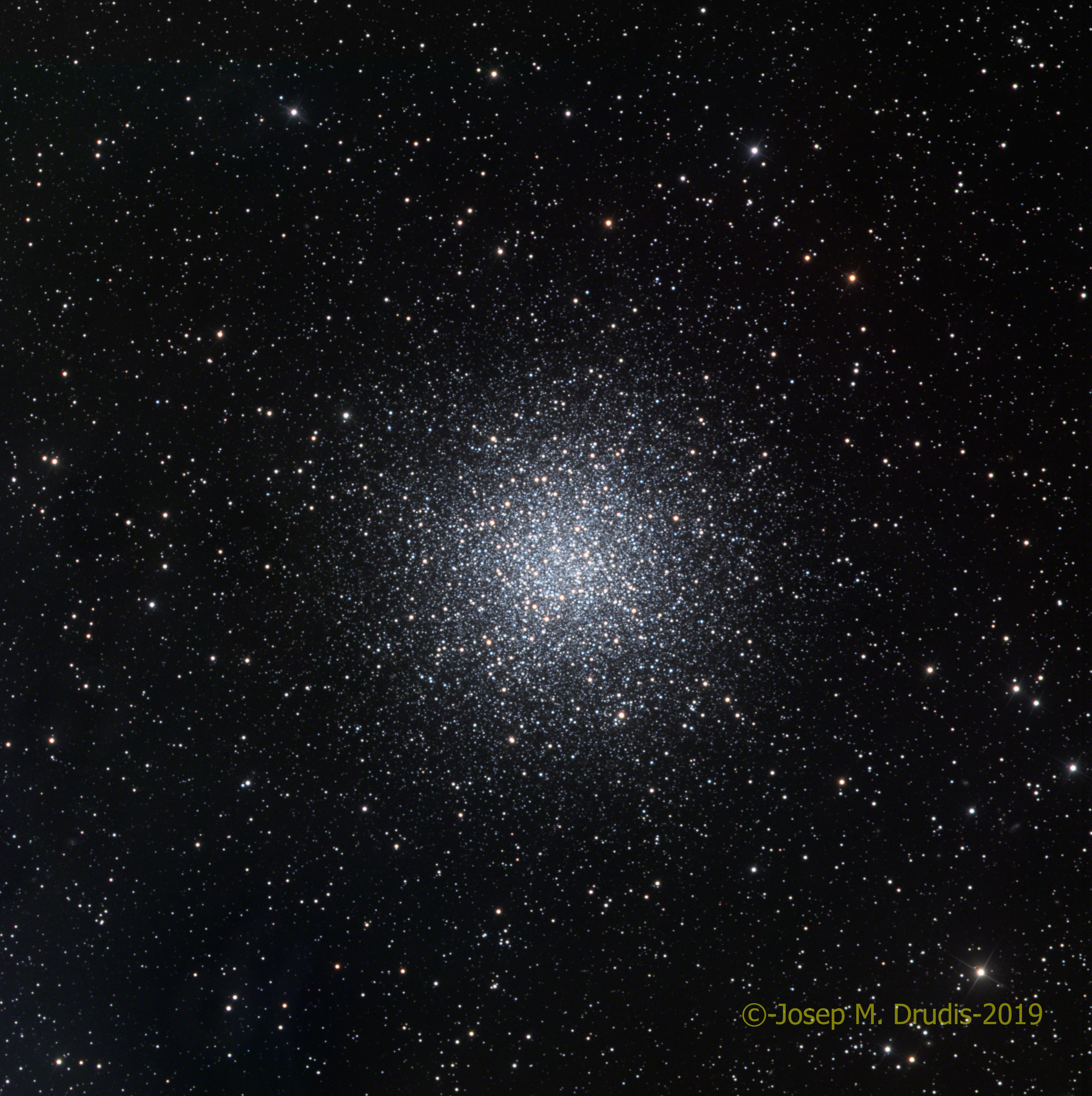 Messier 55, also known as M55 or NGC 6809, is a rather bright globular cluster in the constellation Sagittarius. This cluster is also known as the “Summer Rose star”. There is a good explanation about this cluster at the Messier-Objects page.

This image was taken in LRGB and is part of the project to have all messier objects taken with High Resolution telescopes.