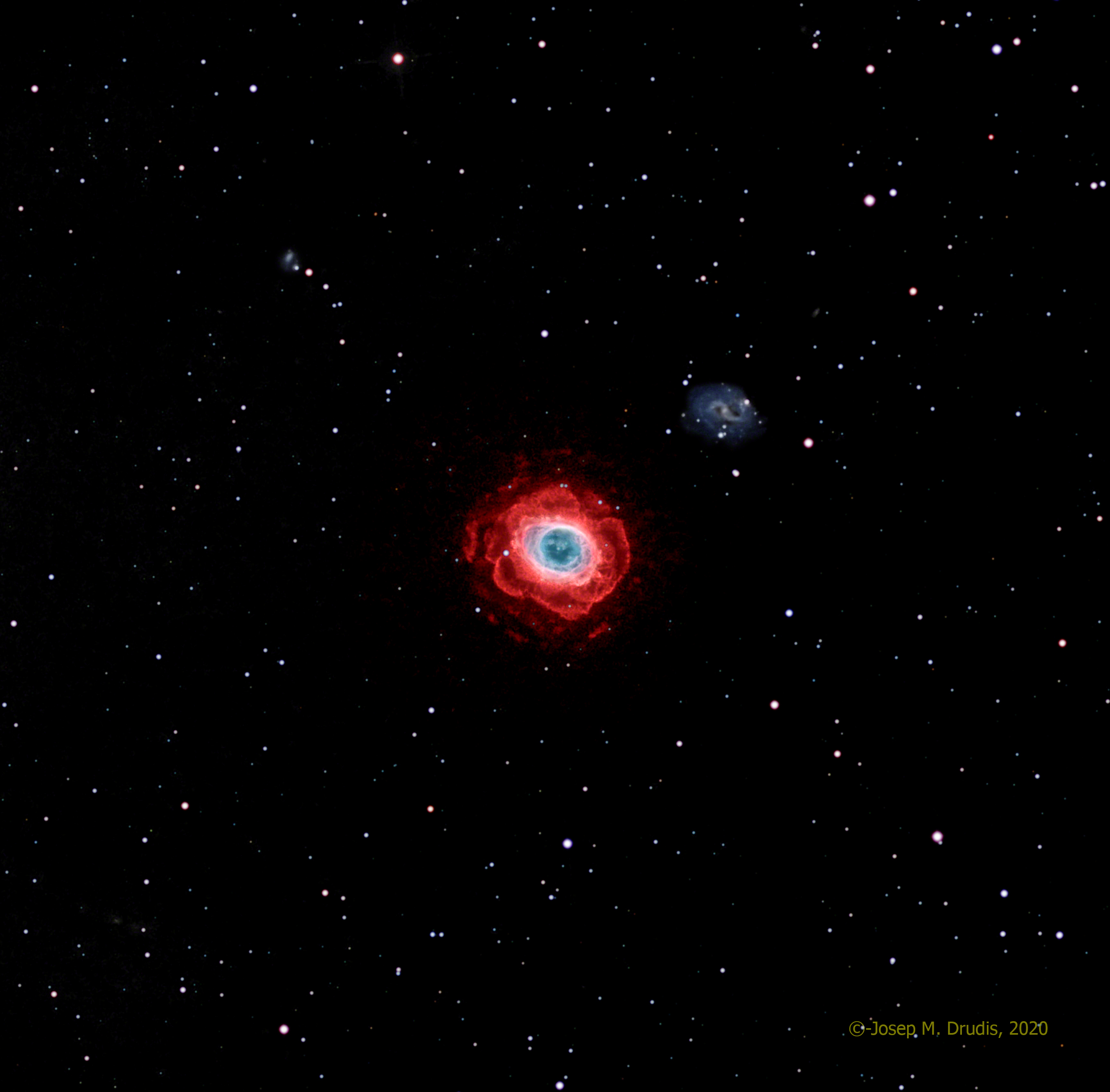 Messier 57, also known as M57, NGC 6720 and the Ring Nebula, is a very well known planetary nebula. It has been thoroughly studied. Its exact distance was not precisely known until 2018, when the GAIA satellite determined it to be 2,283 light years. Usual images of M57 show mostly the central “ring”, together with the central star. This star, a 14.7 magnitude white dwarf, has a surface temperature of 125,000 ºC and is about 200 times brighter than our Sun. The structure of the nebula itself is quite complex. The central part is comprised by a face-on “doughnut” having an “inserted” bluish (Helium and Oxygen-rich) ellipsoid seen end-on. This structure is didactically explained in this NASA video. The external, much fainter, reddish envelope is usually only seen in infrared images, but deep Halpha or Nitrogen II images also reveal it. In this quite deep image, with 24 hours Halpha and 24 hours NII, the external “petals” can be clearly seen (this structure has been enhanced for clarity). While the Halpha images provide a brighter signal, the NII images provide a neater, more detailed, structure.

A closer look of this nebula can be seen here: 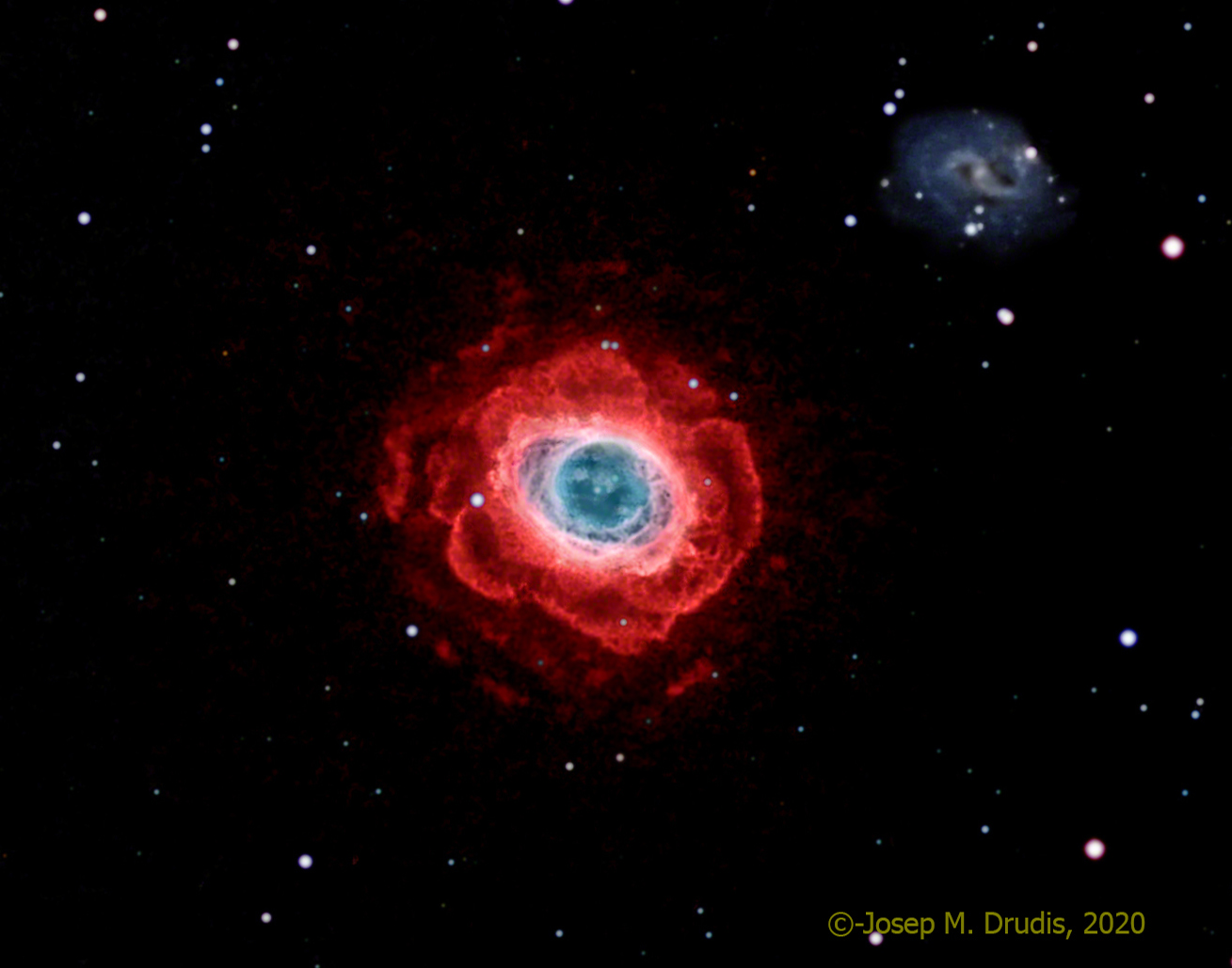