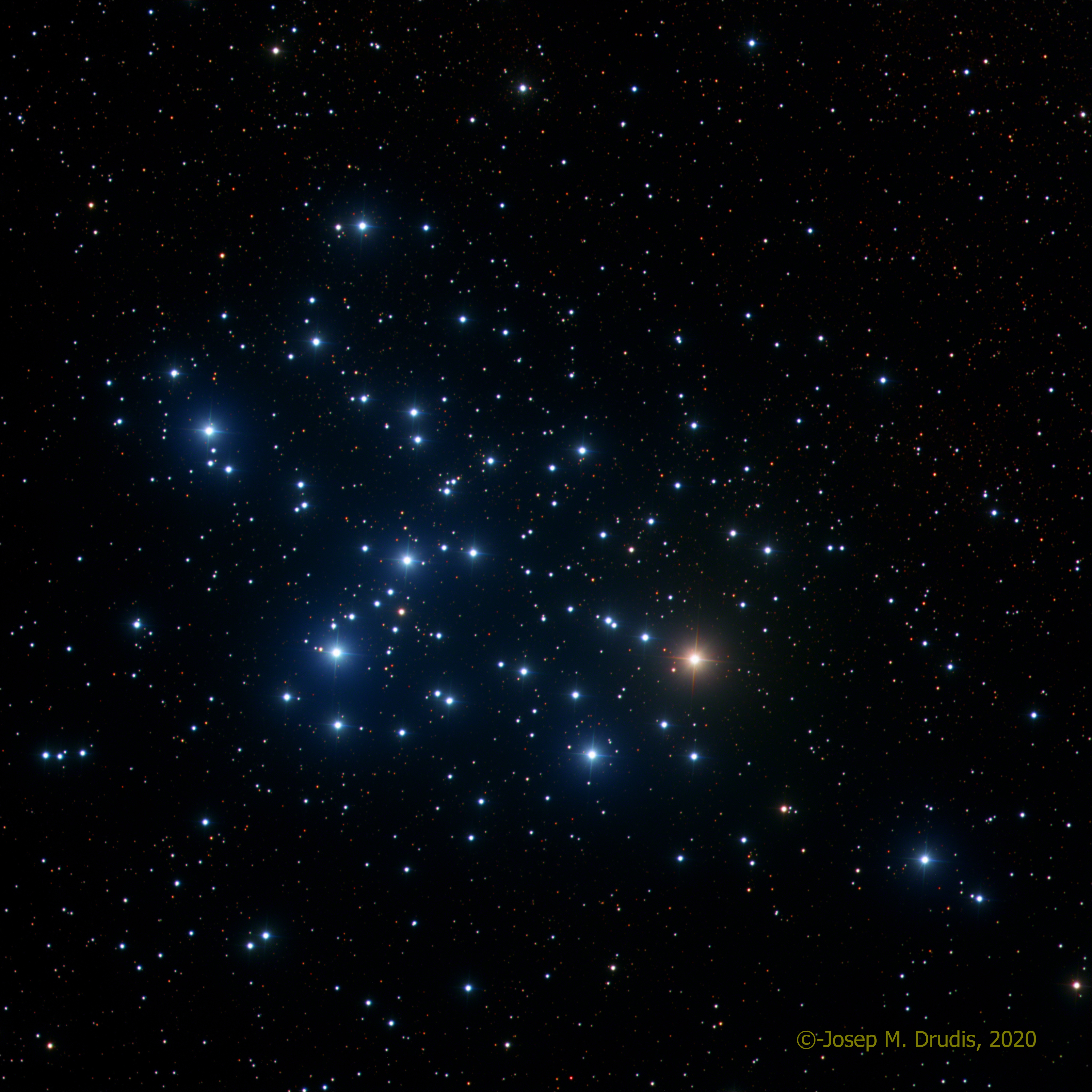 Messier 6 (M6) or NGC 6405 is a mature open cluster (age: about 100 Million years old). Usually, this kind of clusters contains only massive, hot, young blue stars, but M6’s brightest star is BM Sco, an orange K-type giant. This cluster is located in the constellation Scorpius at a distance of 1,585 light years. The orbit of this cluster around the galactic center was determined in 2009 by Wu et al. Its orbit is pretty much circular (eccentricity 0.03) and lasts for 204.2 Million years. As many as 120 stars (magnitude 15.1 and above) have been identified to belong to this cluster.