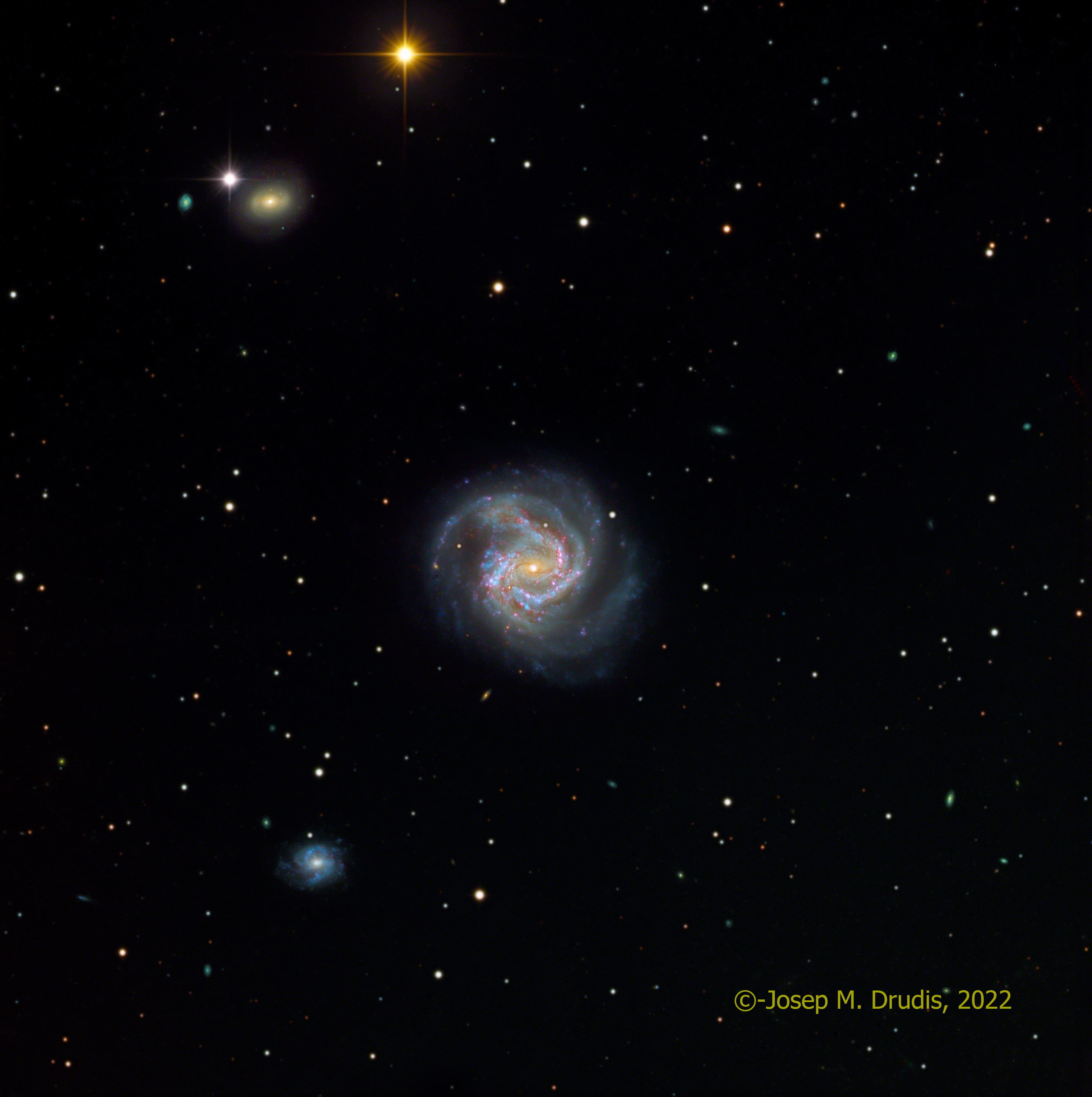 Messier 61, or NGC 4303, is a barred spiral galaxy located about 53 million light years away, in the constellation Virgo. Classified morphologically as SABbc, M61 has an AGN (Active Galactic Nucleus) and is known to be a starburst galaxy. It has long been debated whether M61 had a supermassive black hole in its center. The fact that this galaxy is seen nearly face-on (about 75 degrees) makes it difficult to determine the mass of the black hole from kinetic measurements. Anyhow, in 2018, Pastorini et al.  calculated its mass to be between 4 and 7 million solar masses. Messier 61 is a galaxy also known to have many supernovae, with eight such explosions in one century (the first one was discovered in 1926 and the latest one in 2020).