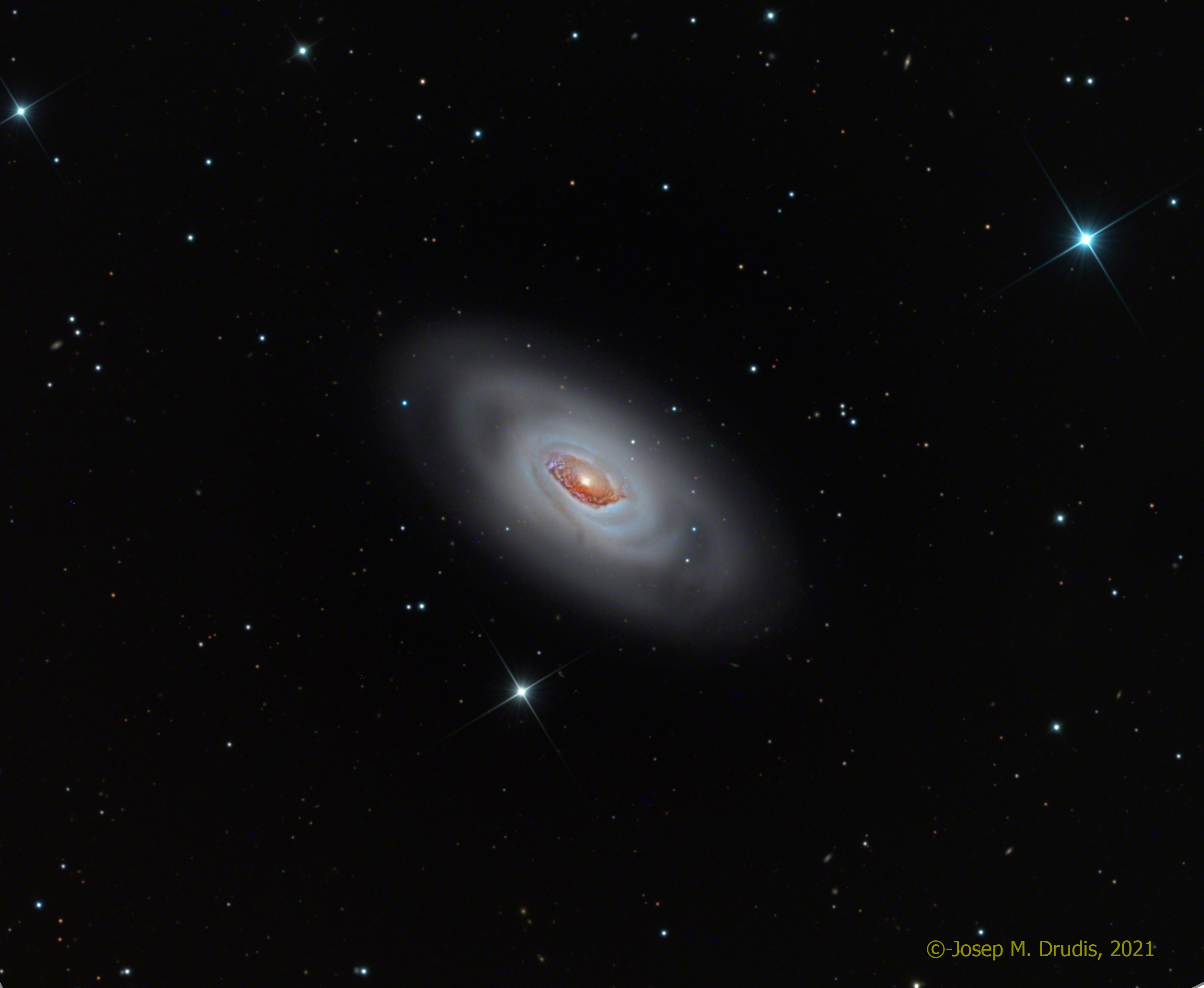 Messier 64 is usually known as the Black Eye galaxy or NGC 4826. This is a peculiar galaxy because what we see is the result of a collision/merger between M64 and a smaller galaxy (probably a former satellite). This merger has left a prominent dust lane easily seen in the central region of M64, but also two disc regions rotating in opposite directions. The central one, probably influenced by the smaller galaxy rotates differently than the external regions. This has two main effects: first, the “contact” region produces a huge amount of new stars. The secondary effect is the “blurring” of the structure of the spiral arms. No supernovae or Cepheid variables have been detected in M64 so far.