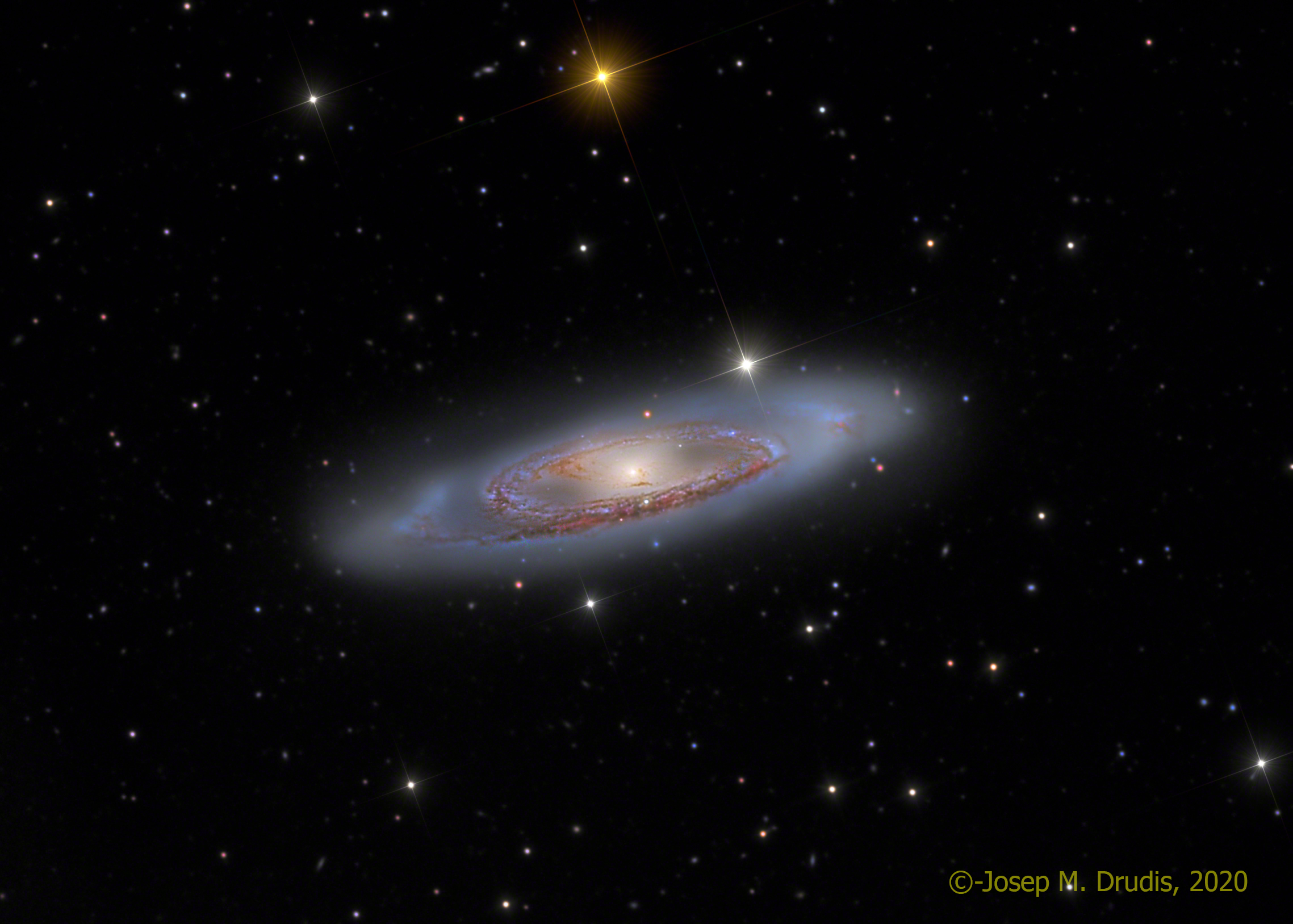 Messier 65 (usually known as M65 or NGC 3623), is a spiral galaxy located in the constellation Leo. It forms, together with Messier 66 and NGC 3628 (here is a nice image of it, by Jose Carballada), a physical system that is known as the Leo Triplet. Gravitational pulls have modified all three galaxies, but M65 has been the least affected and its spiral arms do not look distorted. There is a good description of M65 here. This galaxy shows a slow rate of star formation.

The IPAC, at Caltech, presented a multi-wavelength study of M65 in their web site. As it could be expected, the strongest signal in all wavelengths lays at the galaxy’s center. The only  exception is the radio frequencies. In this case, the strongest radio signal is located about 2 arcmin from its center, in this image, to its right, close to the rightmost border of the dust lanes. No known object has been found in this position and its nature can only be speculated. It could be consistent with a background quasar (whose optical counterpart would be covered by the galaxy itself, but whose radio waves could get through it…).

This image is a crop of an image with M66: 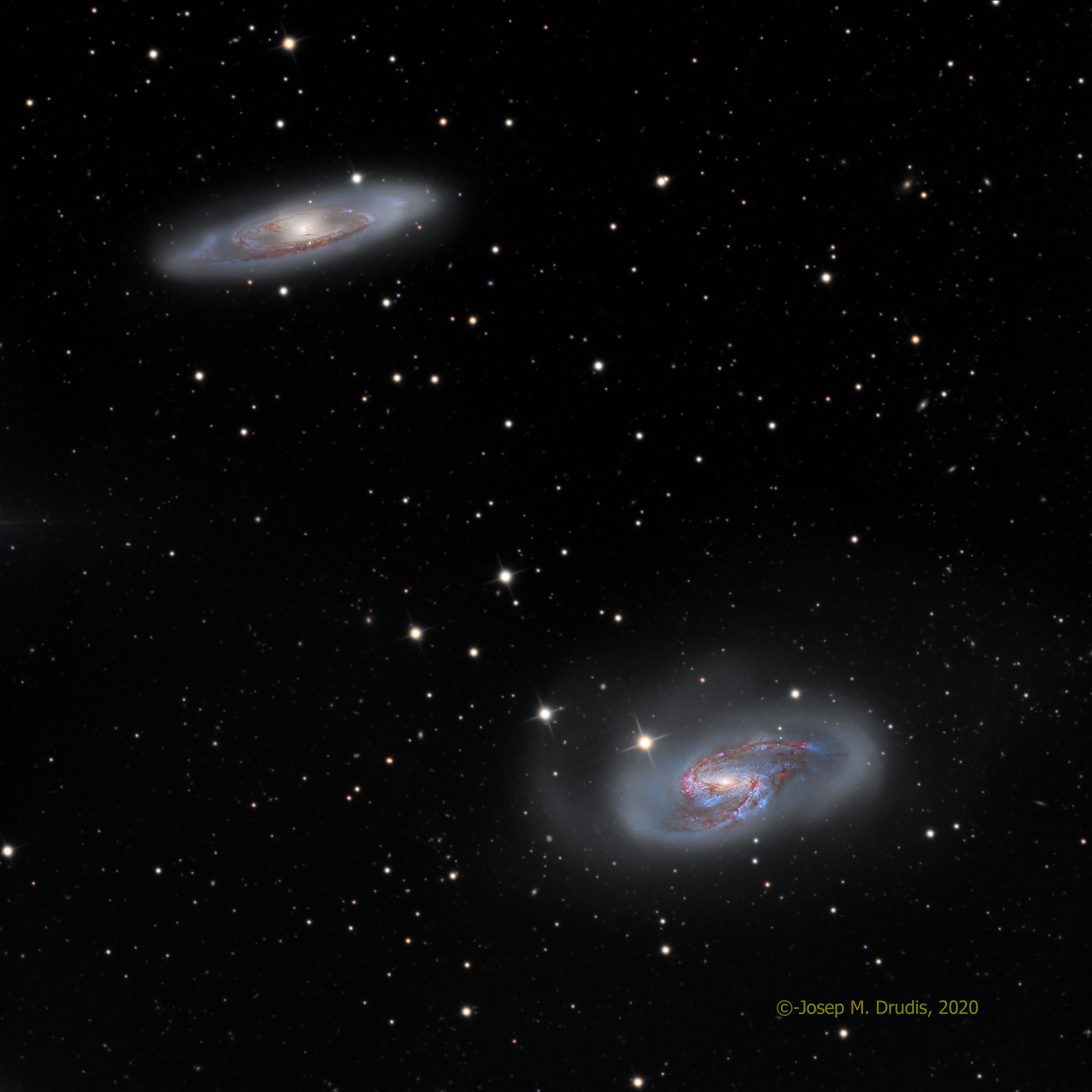