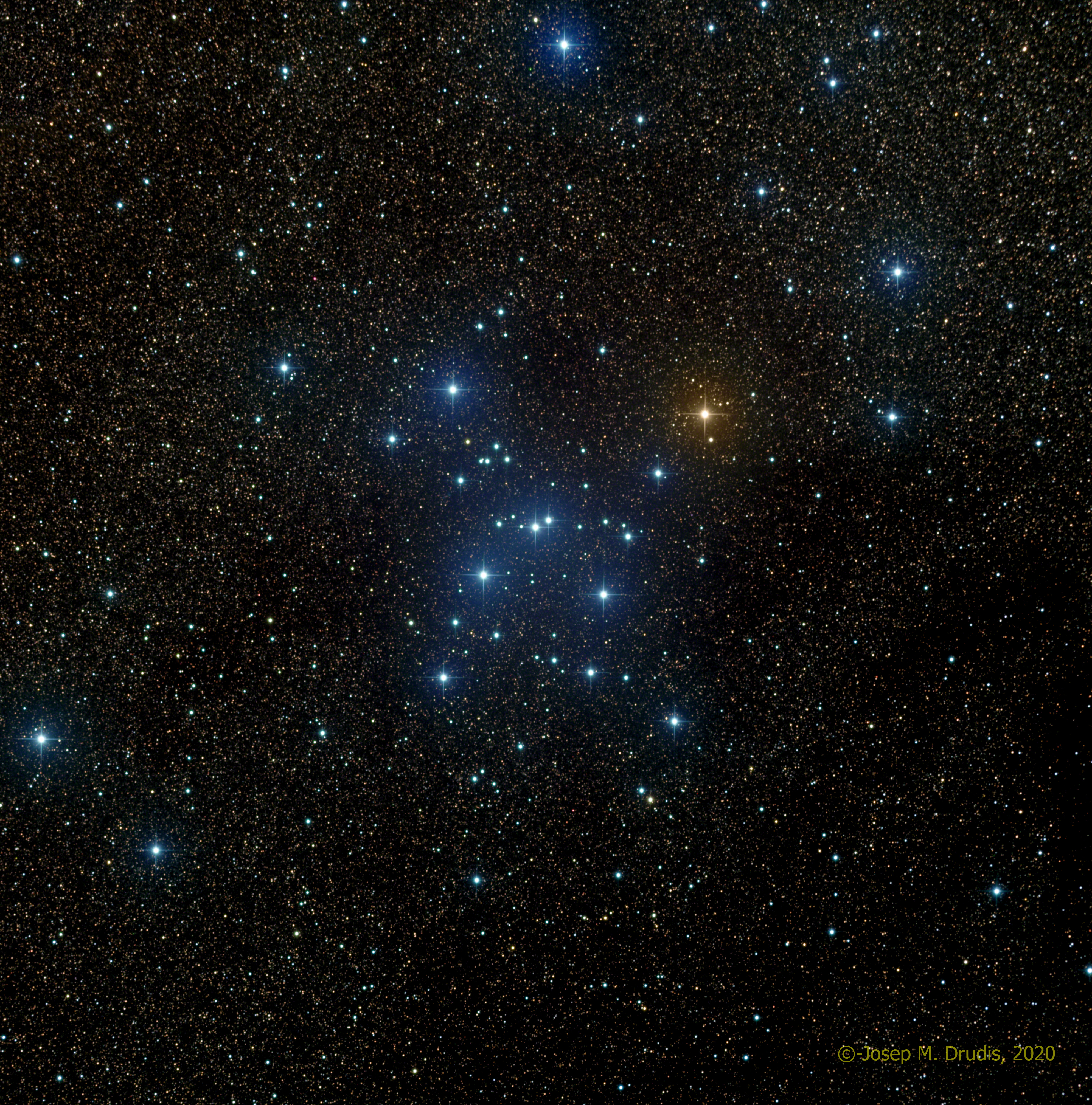 Click on the image for a full resolution image

Messier 7, the so called Ptolemy’s Cluster, was already known to ancient Greeks. Ptolemy described it without doubt. It has been catalogued by many astronomers, including Charles Messier, Edmund Halley and Nicolas Louis de Lacaille. This is the Southernmost Messier object. This is a large cluster, visible with the naked eye and located at about 1,000 light years. Its brightest stars are HR 6658 (the orange-yellow star, a G8-type double: 5.6-7.9), HR 6657 (a B3/5III D-type blue star, also double: 6.1-6.9) and HR 6662 (an eclipsing binary variable (spectral type B9V+B9V C): 6.0-7.3). The age of the cluster has been estimated at about 220 Million years, making it a moderately mature cluster. The number of stars in the cluster ia about 80, but its total mass is 735 solar masses, thus indicating that the average mass approaches that of the blue giants.

This image spans 41×36 arcmin, far less than the 80 arcmin that the whole cluster occupies, but most of its stars are included in this frame. It was taken with broadband LRGB filters. A wider field image, showing the complete cluster can be found here.