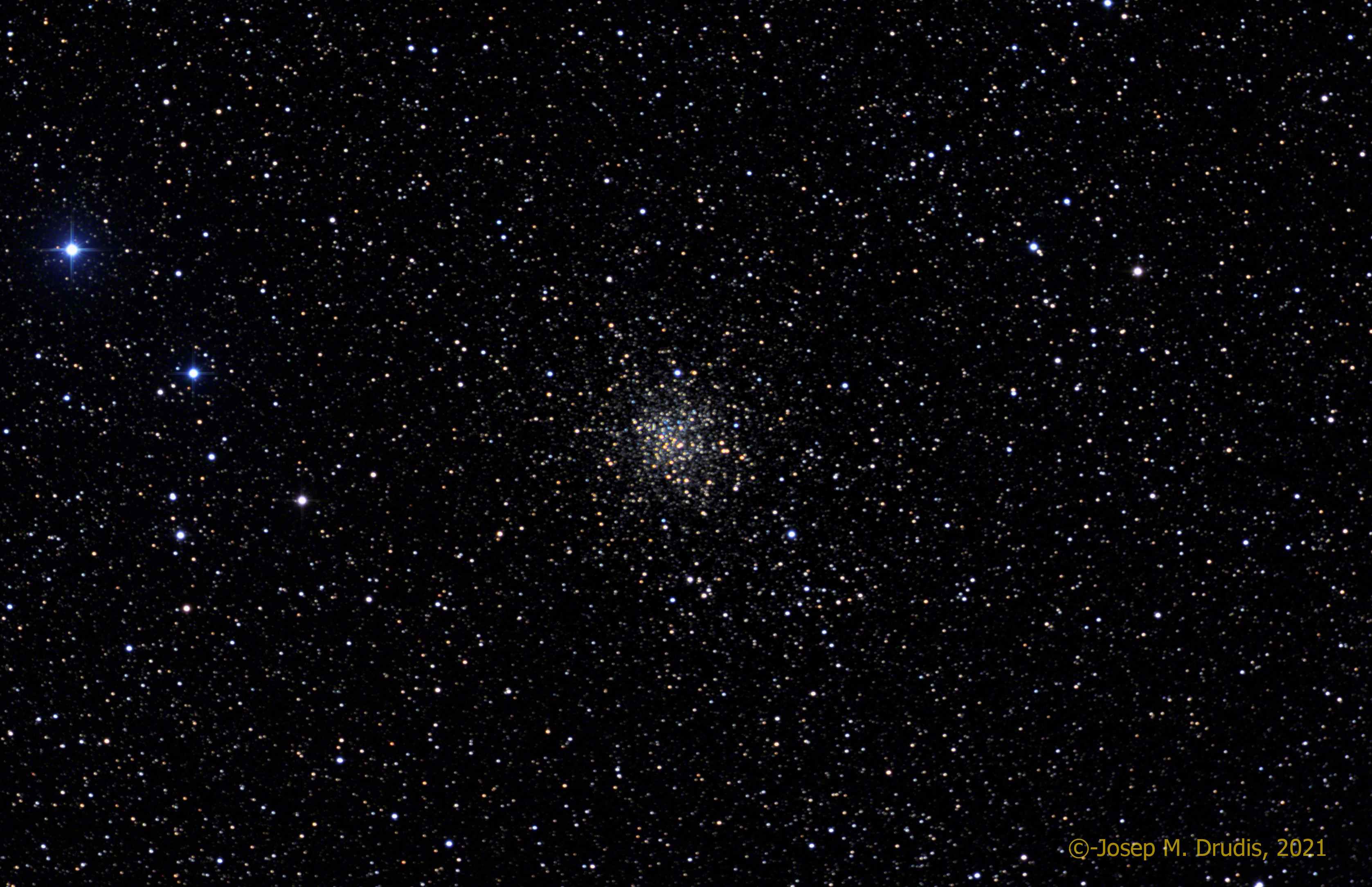 Messier 71(NGC 6838) is a low mass, loosely structured globular cluster, located 13,000 light years from us, in the constellation Sagitta. Ever since its identification as a star cluster, the debate has been whether M71 is an open or a globular cluster. After many switches from one to the other category, M71 was, in the 1970’s, classified as globular, based upon photometry and the presence of a horizontal branch in the H-R diagram, typical of globulars. Small, with about 20,000 stars, M71 does not have any known RR Lyr variable star, as it is usual in globulars. This may be due to the fact that M71 is pretty young, under globulars’ standards: about 9 billion years old. This also might explain M71’s metallicity, about one sixth that of our Sun (which is a second generation star, and thus “metal”-rich).