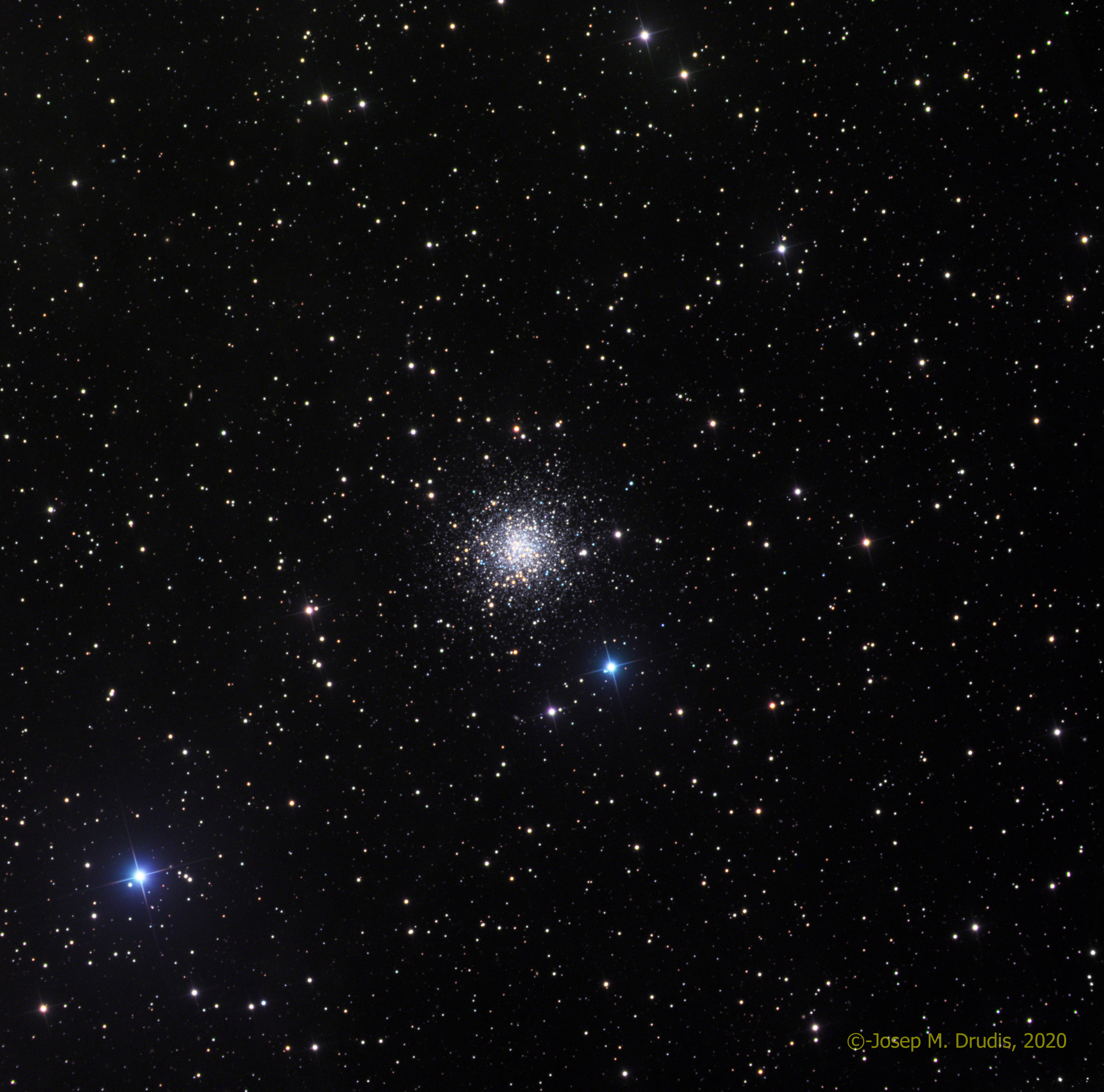 Messier 72 is a loosely concentrated globular cluster located in the constellation Aquarius. Its distance, 54,570 ly, nearly twice the distance to the galactic center, makes it one of the most distant clusters in the Messier Catalog. Its visual bright magnitude despite the great distance, means that its intrinsic brightness is very high. Its combined mass is 168,000 solar masses and it is believed to be 9.5 billion years old.