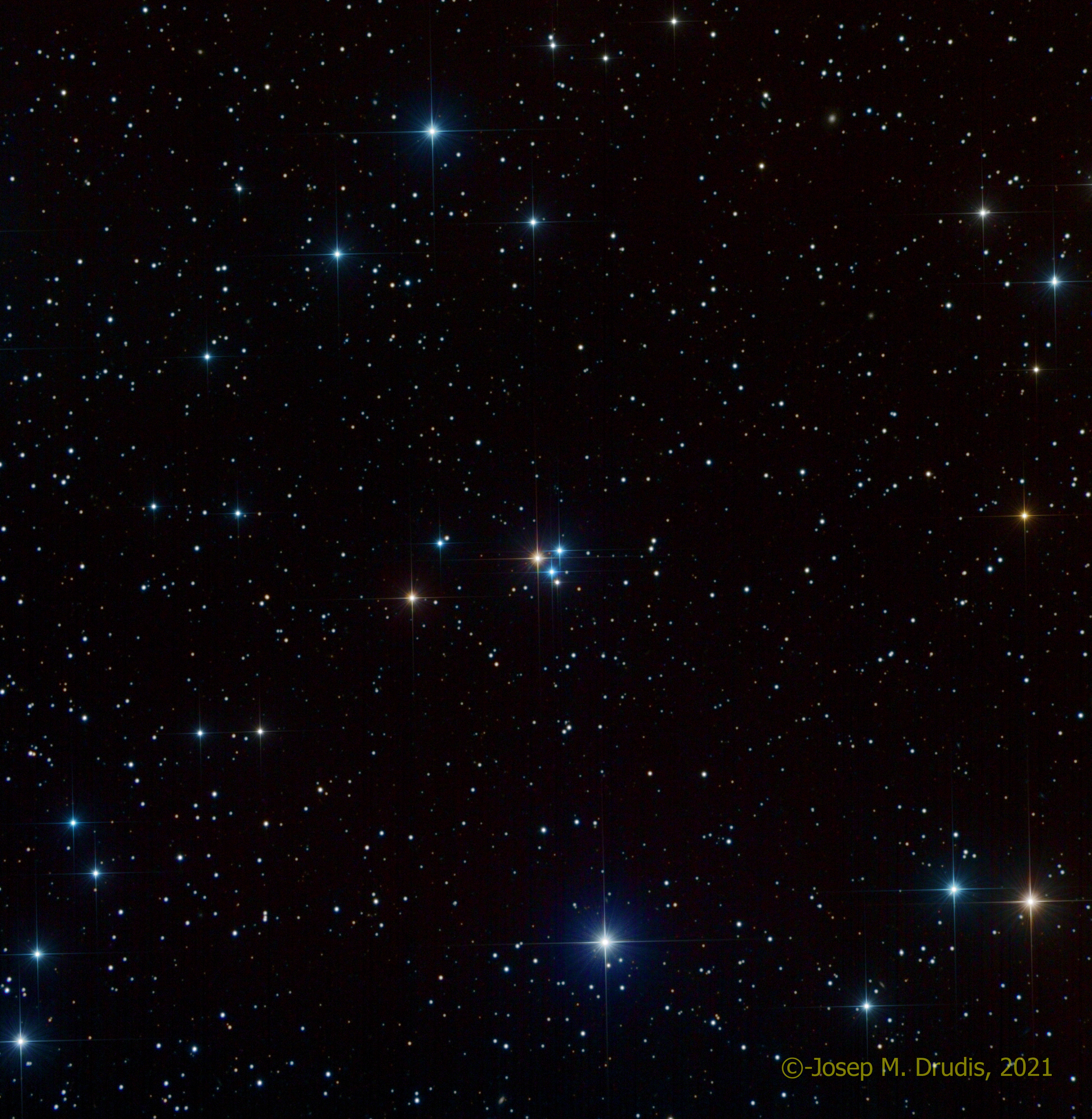 Messier 73 is more than what many astronomers call it: “a failed deep sky object”. It is true that it is only an asterism formed by four unrelated stars. Messier, when he discovered M73, noted it as a “Cluster of three or four small stars, which resembles a nebula at first sight, containing a little nebulosity”. It is also true that it has been determined that all four stars are at different distances and moving at different speeds and in different directions. Also, no nebulosity has been detected around the stars. But in 1987, Lingå included it in his Catalog of Open Clusters and it was theorized as an OCR (Open Cluster Remnant) short after that. But in 2000, Carraro studied M73 as well as a number of fainter stars of the surrounding field, reaching the conclusion that there were not enough indicators pointing to M73 as being an OCR, returning back (this time with more scientific reasons than only the visual appearance) to the description that M73 is an asterism formed by a coincidental grouping of four stars that lie at different distances but happen to be (angularly) pretty close to each other.