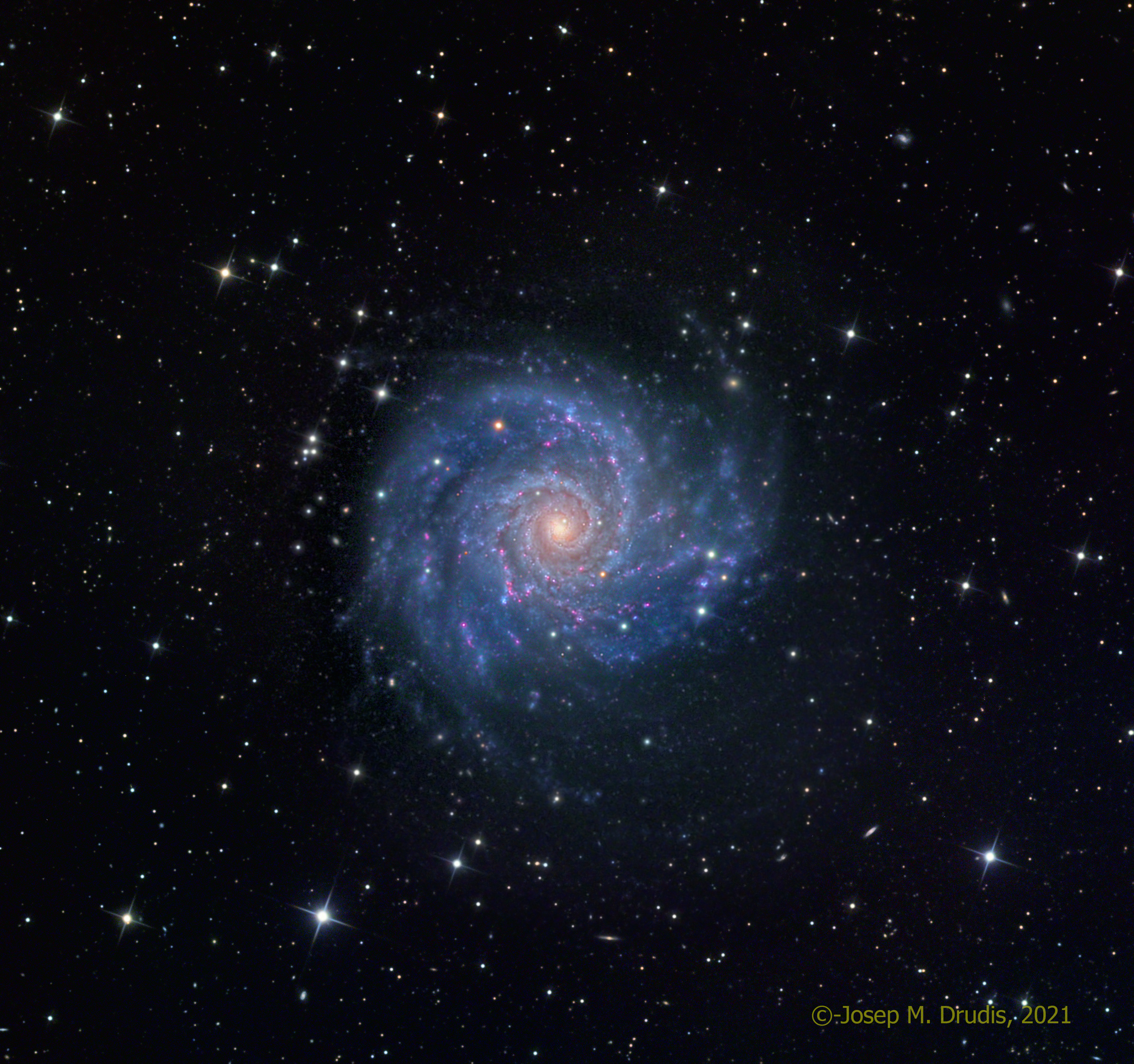 Messier 74 is one “grand design spiral galaxy”. Its clearly well defined two spiral arms are an excellent tool for researchers to study their dynamics as well as its density waves. It is considered to be one of the most difficult Messier object to visually watch, because of its very low surface brightness (only M101 has a lower surface brightness). This galaxy is located at 30 million light years in the constellation Pisces. Having a mass about one tenth of our Milky Way, its central black hole is, correspondingly, less massive (about 10,000 solar masses).