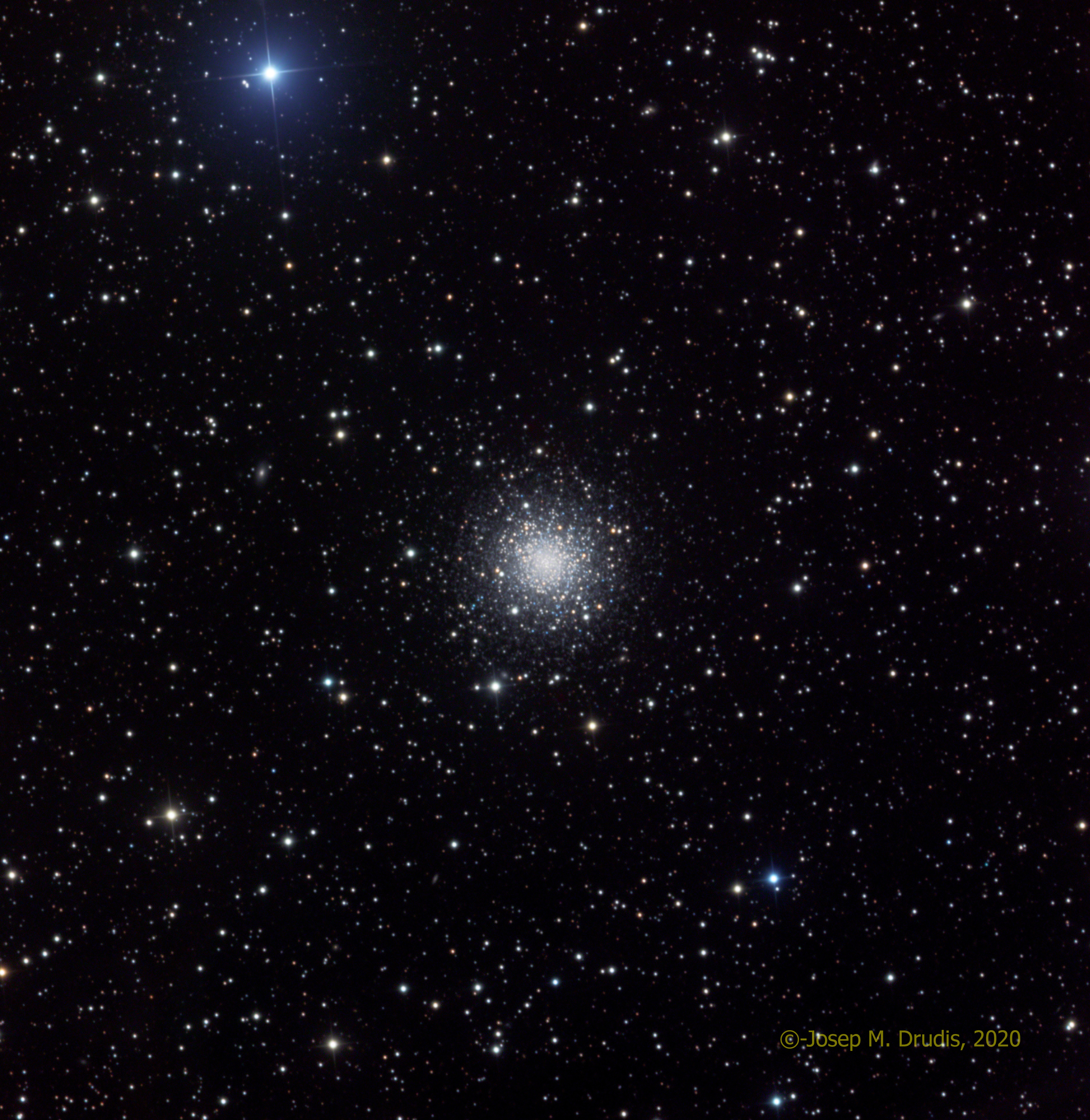 Messier 75 is a distant (67,500 ly) and compact globular cluster. This old cluster (about 13 billion years old) contains at least 400,000 stars, most of them located within a small region around the nucleus. Messier 75 is believed to be one of the eight globulars provided by a former dwarf galaxy (known as the Gaia-Enceladus-Sausage).