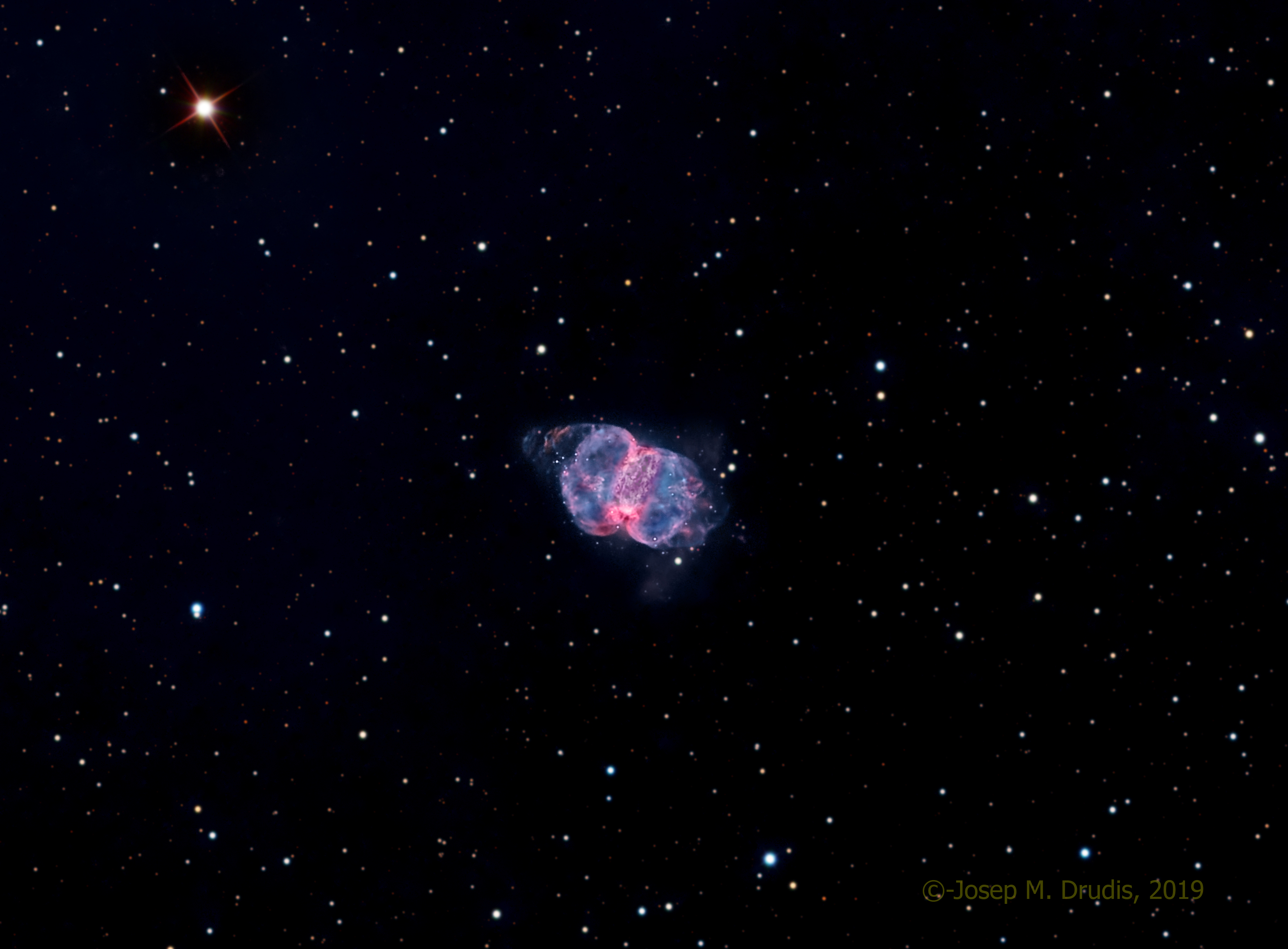 Messier 76 is, according to G. Ramos-Larios et al,  a bipolar planetary nebula. It was, initially assigned two New General Catalogue numbers, NGC 650 and 651, because its bi-lobed structure was not fully understood at that time. It is a small nebula (2.7×1.8 arcmin) which, at its 2,500 light year distance, means that it is about 1.2 light years across. It is also known as M76, for short.

M76 is one of four planetaries present in Messier’s Catalogue. The other ones are M27, M57 and M97. It was discovered by Pierre Méchain in 1780 and immediately included by Messier in his catalogue.

The image was taken with narrowband filters (Halpha, OIII and NII). The NII emission image proved to be quasi-identical to the Halpha emission, and therefore, it was color mapped to  Red, just as Halpha.