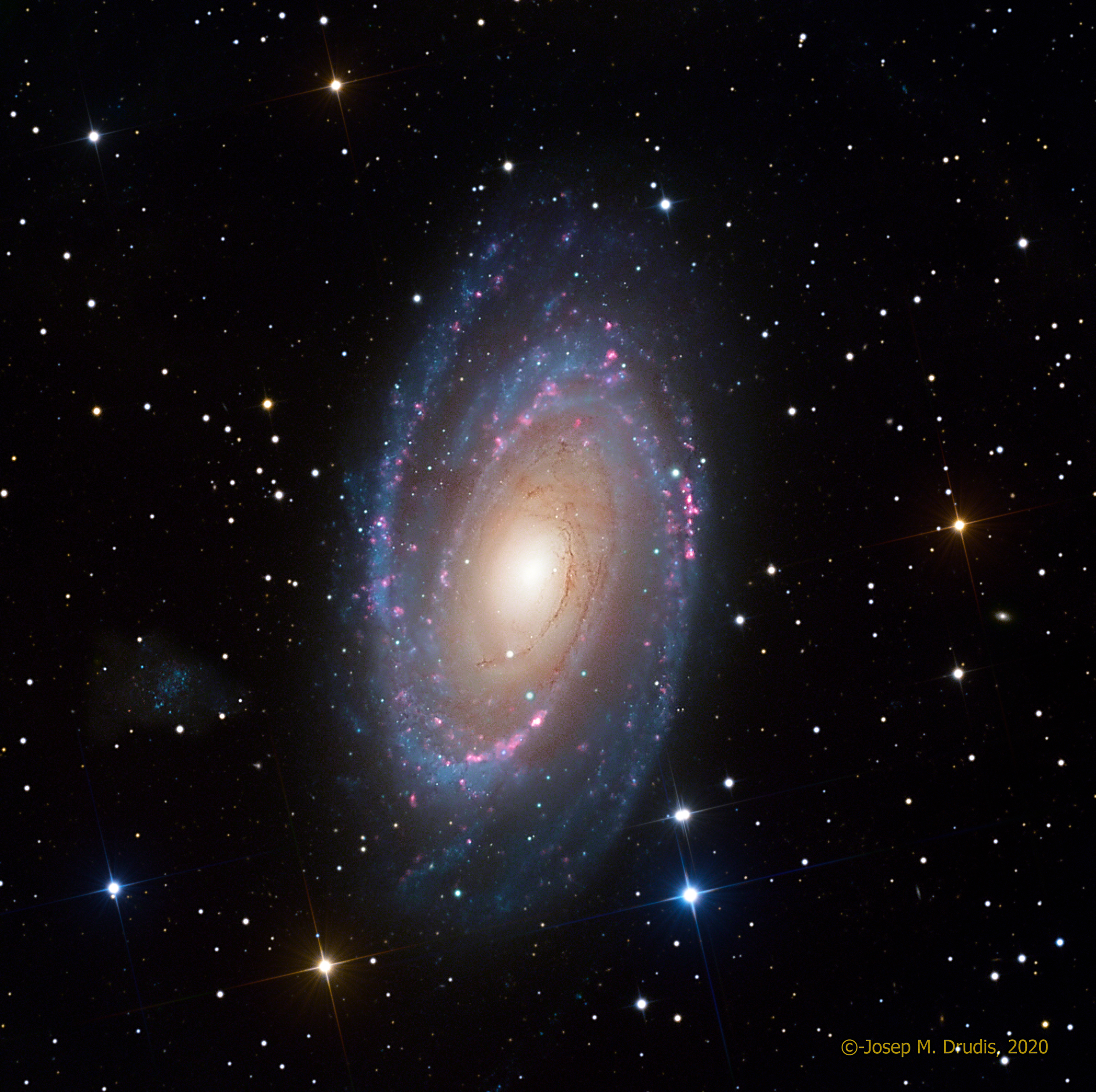 Messier 81 (M81), together with M 82, were discovered by Johann Bode in 1774. They were rediscovered by Mechain in 1779 and included by Messier in his catalog in 1781. This is the largest (and therefore, the dominant) galaxy of the M81 Group, which includes some 34 galaxies. Bright enough to be seen with binoculars, M 81 shows nearly “perfect” spiral arms and it is a good example of what a “standard” spiral galaxy may look like. Its 12 million light years distance was calculated with the HST’s measurements of cepheid stars in it.The faint satellite galaxy Holmberg IX is visible at its left.