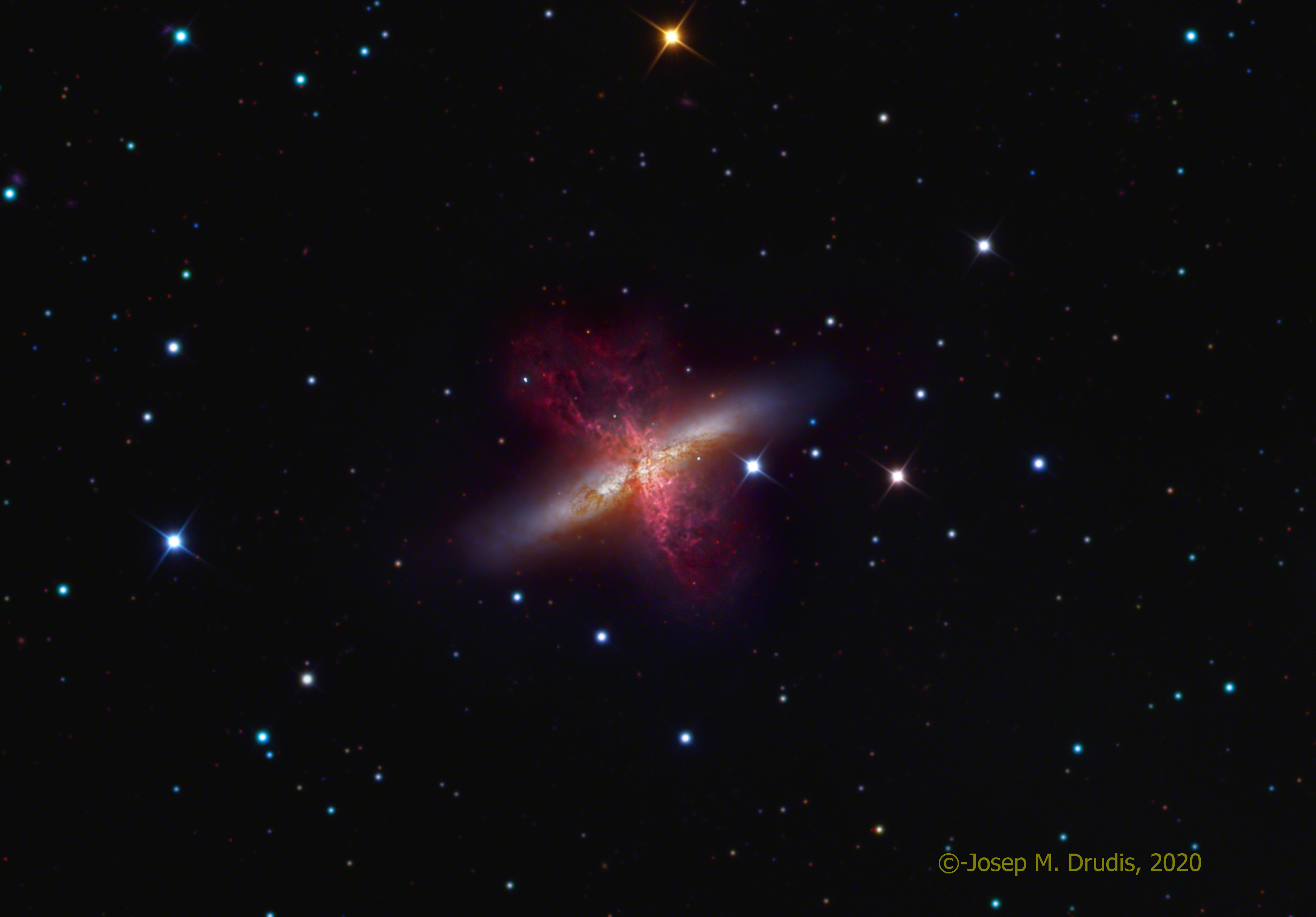 Click on the Image for a full resolution version

Messier 82 is, for several reasons, pretty much a celebrity among galaxies. This is why it has many different names and catalog numbers. Usually known as M82 or the Cigar Galaxy, it is considered to be a starburst galaxy, because of the huge number of stars created in his core. Actually, the central 500 parsecs of M82 create stars at a speed 10 times faster than our entire galaxy. This galaxy had been always considered to be an irregular galaxy, type Irr II, but in 2005, Mayya et al., discovered that this galaxy has indeed two symmetric spiral arms. M82 has had several gravitational encounters with its closest neighbor, M81, and this has triggered the fact that it creates stars a this frantic pace. Actually, there is a “smoking gun” of these encounters in the form of a star stream between M82 and M81 that can be seen, towards M82’s lower right, in this negative, very stretched, version of the Luminance master, with its color image superimposed for clarity. 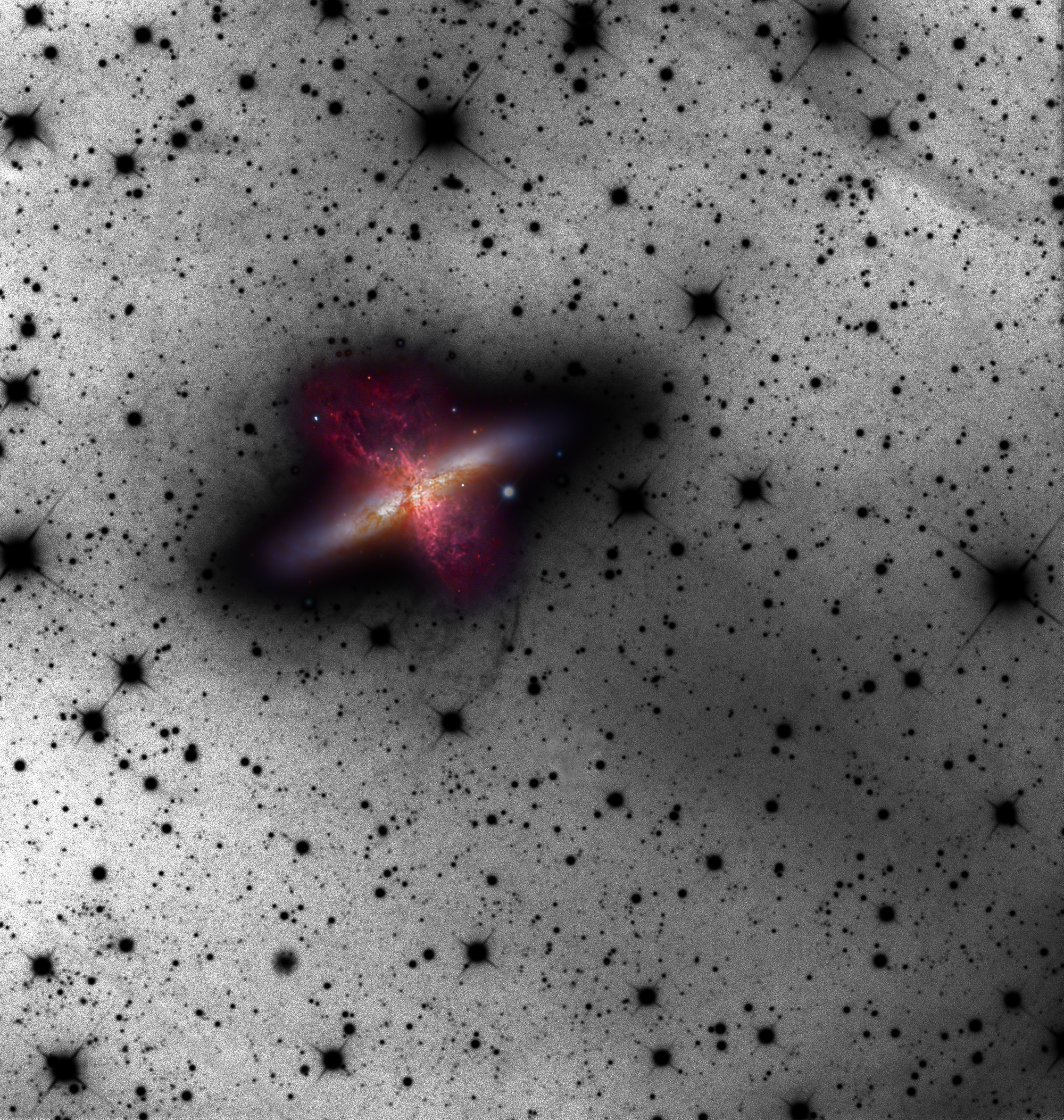