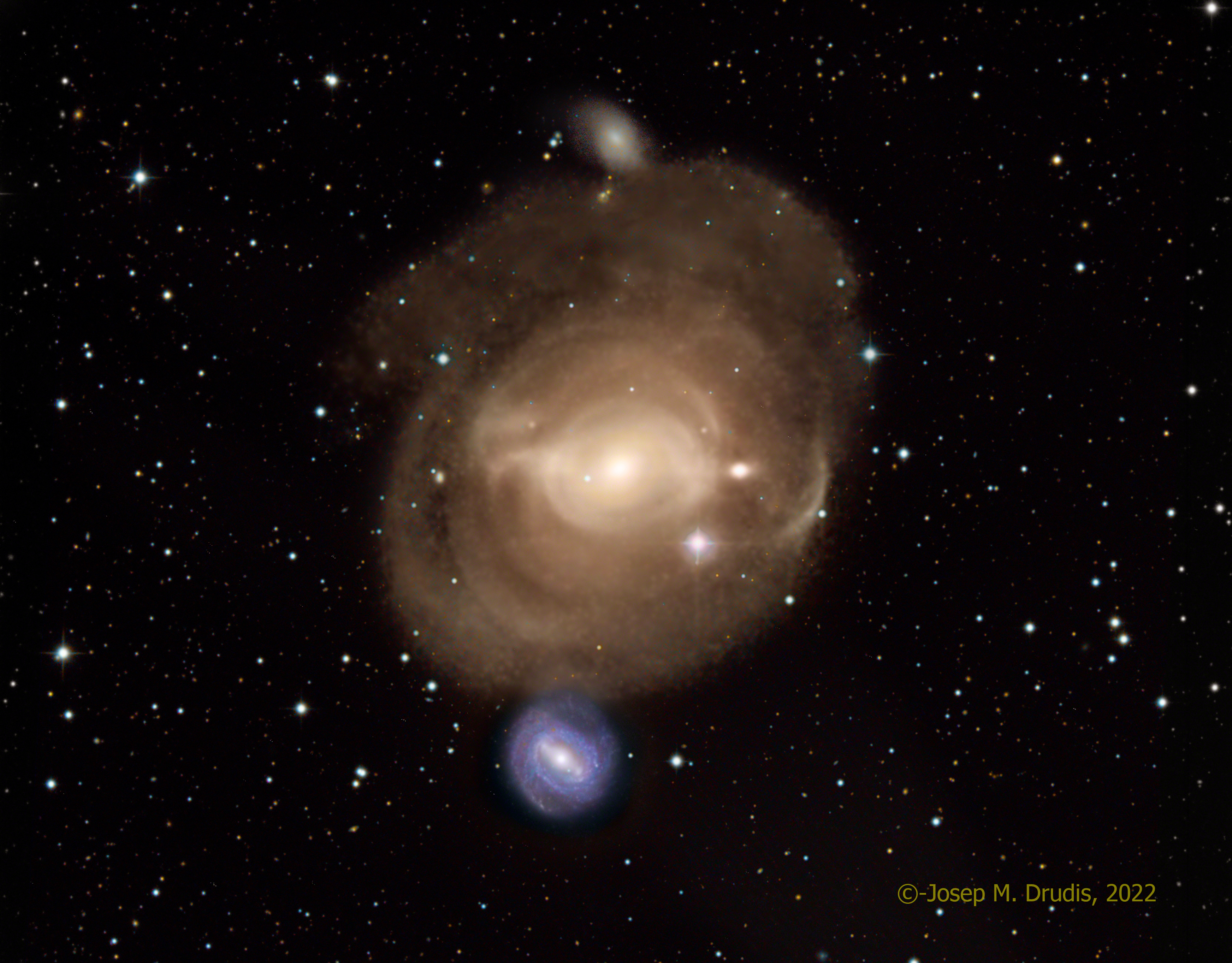 Messier 85 (M85) is an elliptical galaxy (once thought to be a lenticular galaxy) located 60 million light years away in the constellation Coma Berenices. It belongs to the Virgo Cluster is not at all any boring, usual, elliptical galaxy. Due to a “recent” merger (between 4 and 7 million years ago), M85 has a rich but much fainter outer shell structure. This deep image was taken in order to show as much detail in these shells as possible. There has been some speculation regarding the presence of a supermassive black hole in the center of M85. Although there were previous papers stating that M85 had a black hole with a mass of 100 million suns, in 2011, Gültekin and Richstone demonstrated that M85 has a double nucleus (much like M31) and no central massive black hole. This is, additionally, consistent with the absence of X-Ray emmission from its center. M85 is interacting gravitationally with two of its neighbors: NGC 4394 (the bluish spiral right below M85) and MCG 3-32-38, the elliptical galaxy to the right of M85’s center, still inside the shell system.