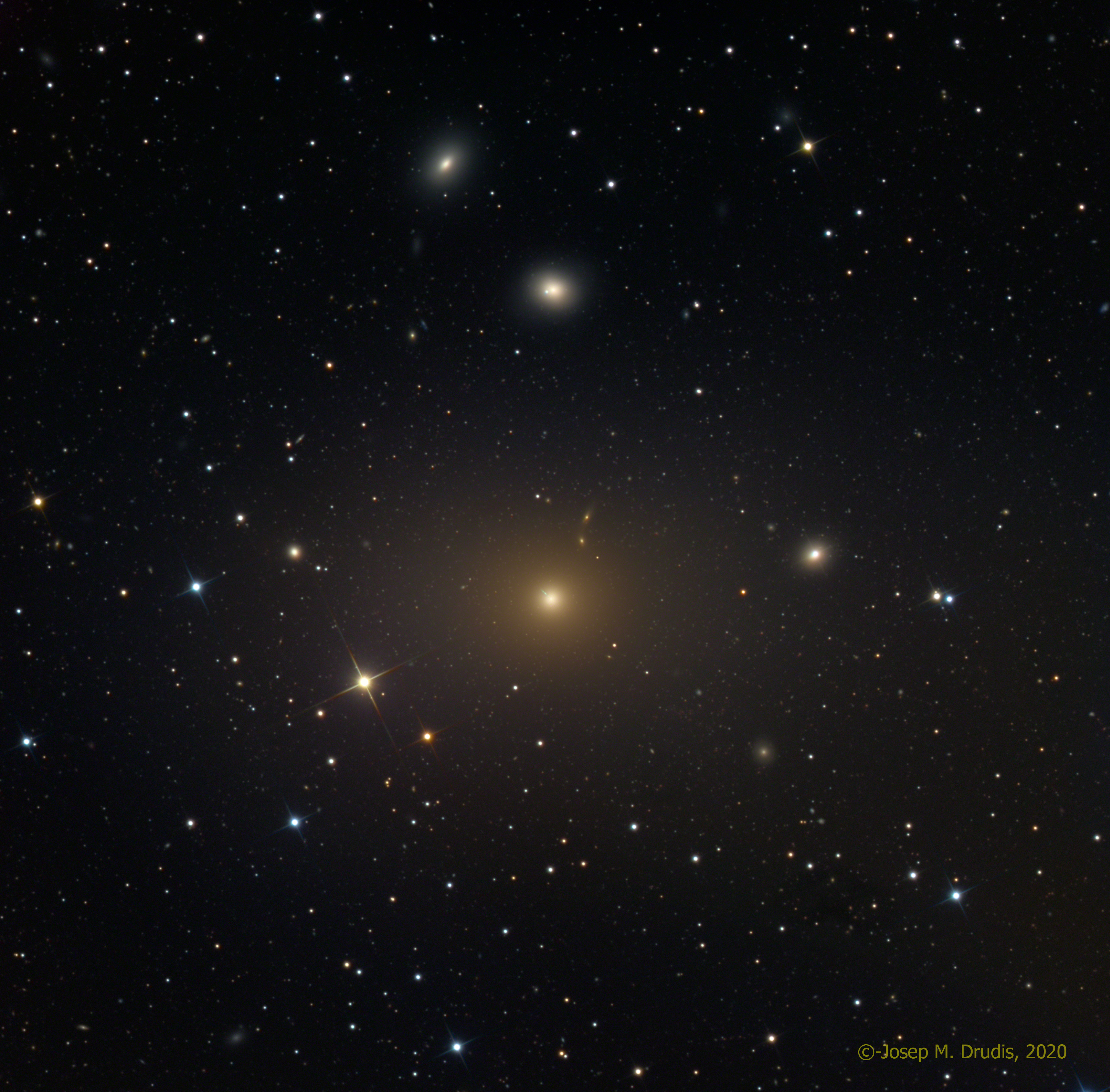 Messier 87 (usually known as M87) is a supergiant elliptical galaxy type E0 with about several trillion stars in it (Milky Way about 300 billion). There is a detailed description of it here. This galaxy became famous on April 10, 2019 (just 365 days ago, as this page is being written) because of the release of the first image of a black hole, that was located in M87’s center. The black hole in M87 has a mass considered to be about 6.5 billion solar masses. This galaxy has other peculiarities worth mentioning. One of them is that it harbors about 15,000 globular clusters (Milky Way about 150). These clusters (see below a crop showing only this galaxy, where the dots around it are globulars, not foreground stars) have, by themselves, another peculiarity: unlike the Milky Way, where the globular clusters are very predominantly blue, the bright globulars in M87  are predominantly blue, but the fainter ones are roughly equally divided between blue and red (the MW has virtually no red globulars).

One of the most striking characteristics of M87 is the clear presence of a jet of energetic plasma that emanates from its core and reaches about 5,000 light years from it (see crop of the center region). The jet has been measured to be traveling at a speed four to six times the speed of light, which is just an illusion due to the fact that the jet is pointing towards us. Its real speed is close (but below) the speed of light.

This image was taken in broadband LRGB, but narrowband images (Halpha, OIII and NII) were also taken. Their color combination gives the same color that the RGB provides, which is what could be expected from the very high temperature of the jet (broadband blackbody emission). These narrowband images have not been included in the final image. 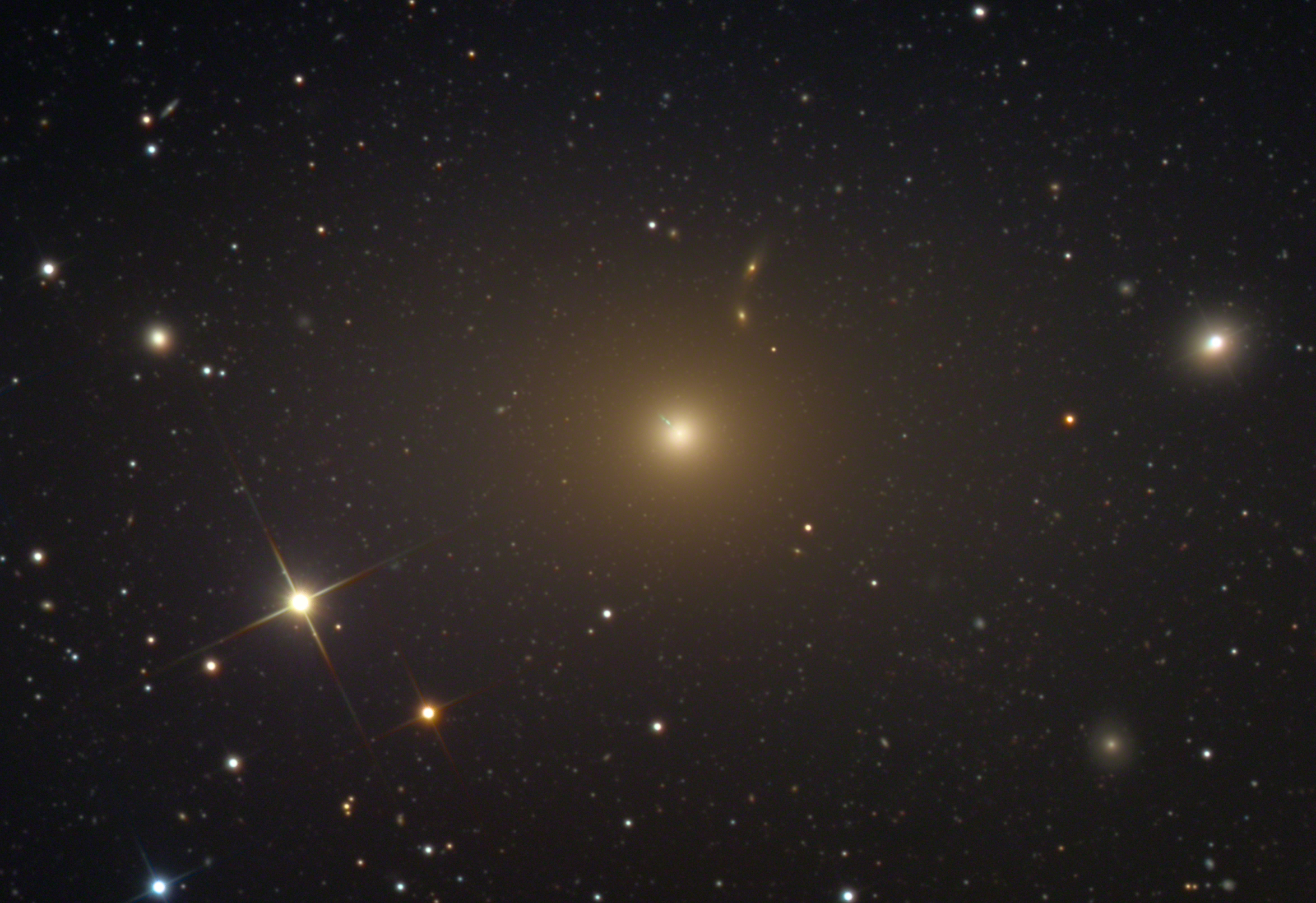 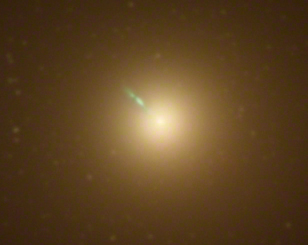