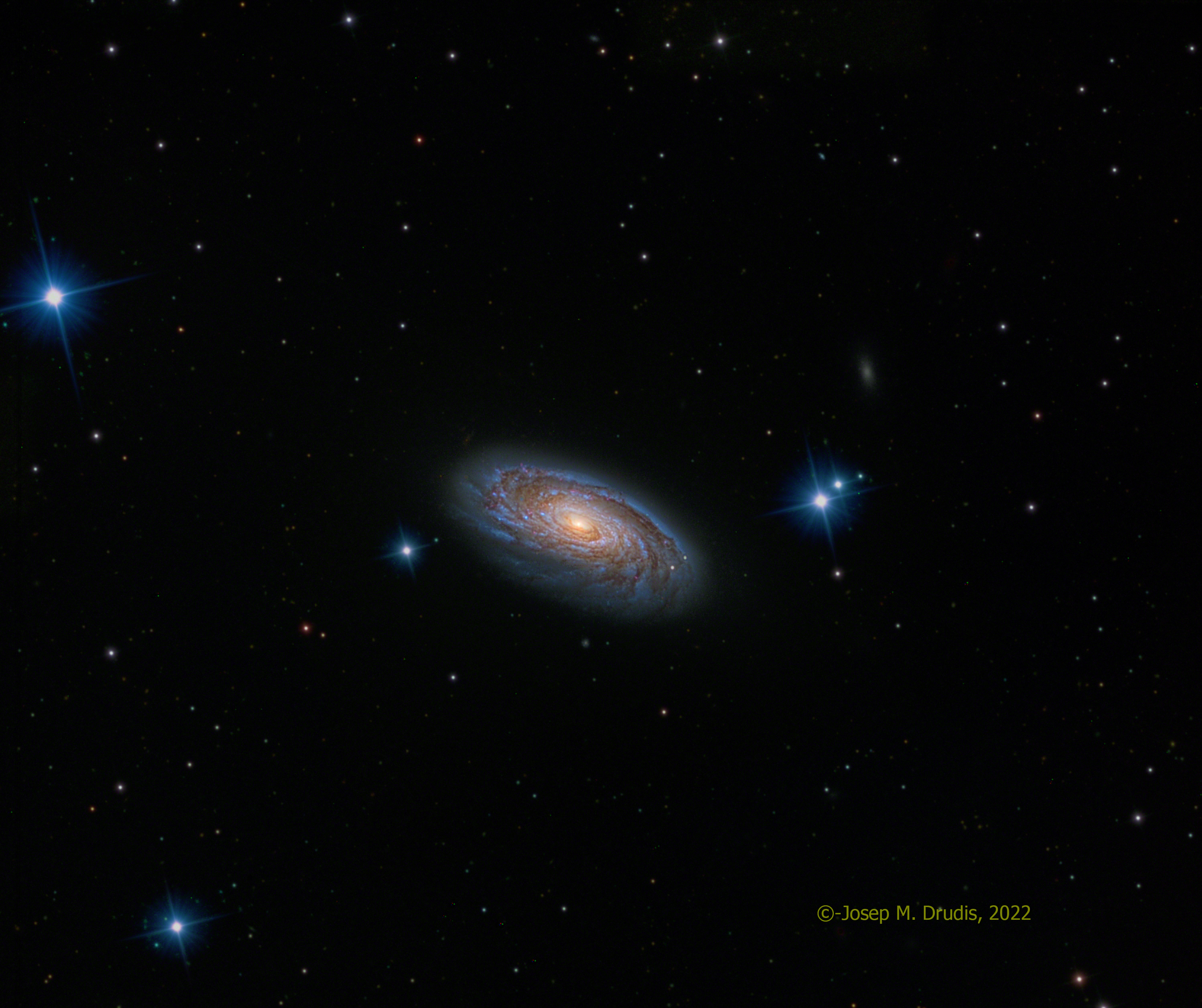 Messier 88, or NHC 4501, is a spiral galaxy located at about 47 million light years in the constellation Coma Berenices. M88 is a Seyfert II galaxy (containing an active nucleus, AGN) and is classified as a morphological Type Sbc, with slightly wound arms. Its mass is comparable to the mass of our Milky Way, but the central black hole is way more massive: 80 million solar masses, 20 times more than ours. In 2017, P. Repetto et al. found that the movements of mass in the central regions of M88 are predominantly non circular. M88 does not have starburst activity in the central regions, contrary to what some Seyferts do.