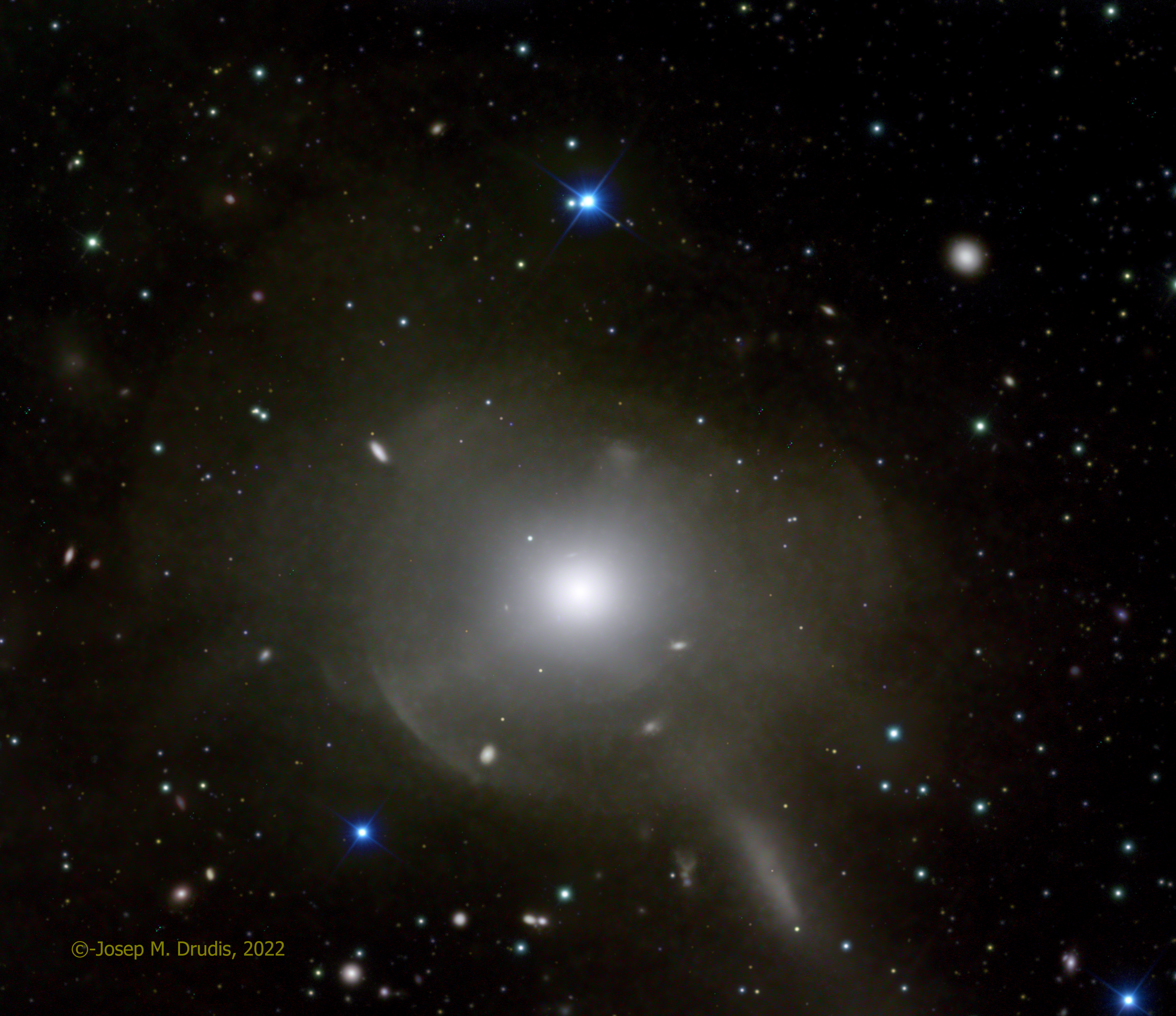 Messier 89, or NGC 4552, is a very special galaxy located about 50 million light years away, in the constellation Virgo. On one side, this galaxy looks completely spherical. There are two possible explanations to this fact: first, the galaxy really is spherical, the second possibility is that the galaxy has a geometry like the vast majority of ellipticals and it is ellipsoidal, but its longer axis points directly towards us. No final demonstration has been published until now regarding this matter, but most authors consider that this galaxy is indeed spherical. On another side, this galaxy shows an intricate external structure with many different shells and radial structures. S. Janowiecki et al. in 2010 described the halo structures of four ellipticals in the Virgo Cluster. These structures were originated by mergers and collisions in the past. The most complex of them is that of M89. Its shape in different spherical shells, as well as a faint radial structure, hint to multiple mergers. This very deep image was taken with broadband filters (LRGB) with 21 hours alone with then Luminance filter, in order to show as much as possible of M89’s halo structures. The radial structures can also be seen in it.