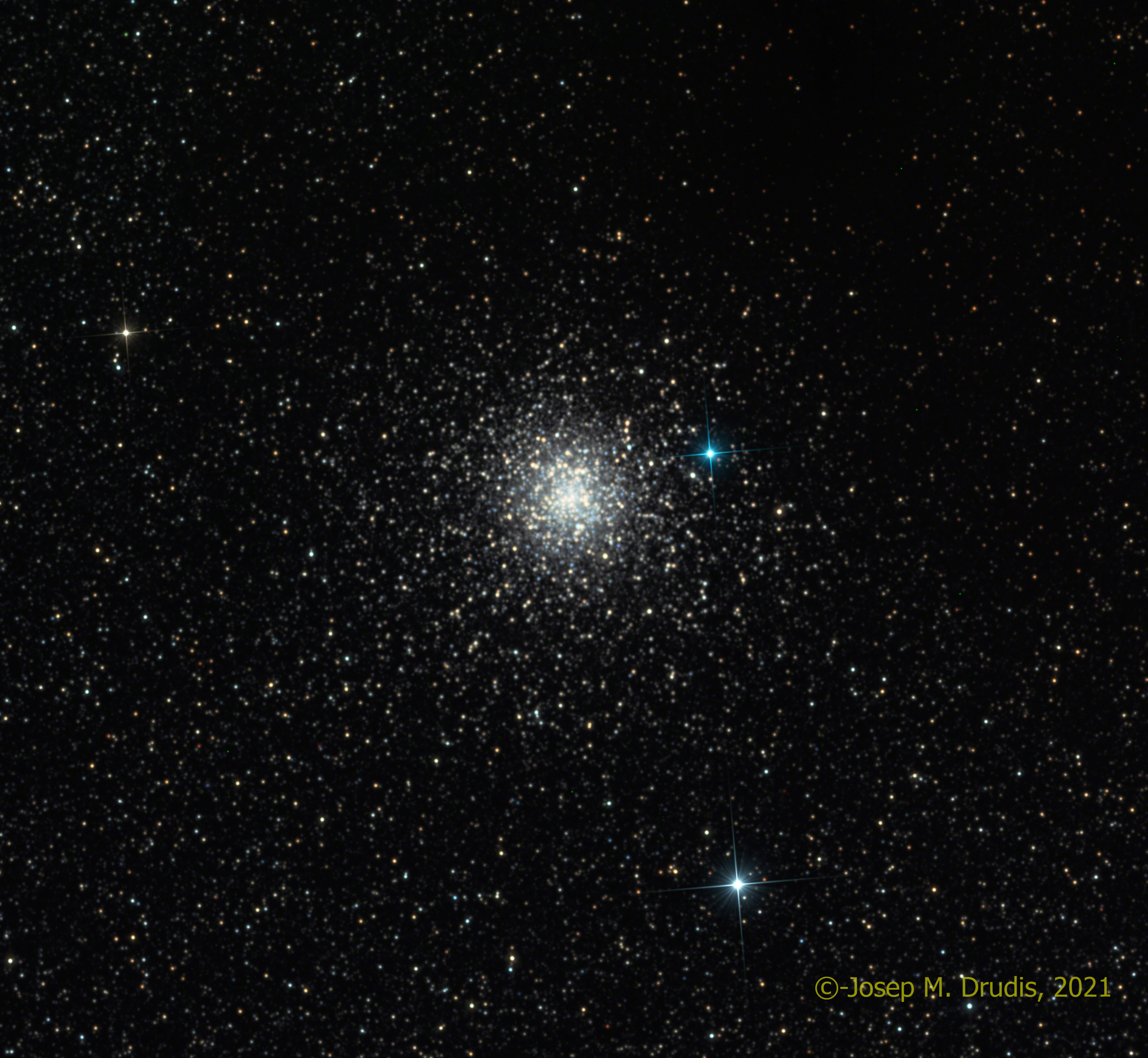 Messier 9 is a faint globular cluster located in the constellation Ophiuchus. At a distance of about 5,500 light years from the center of the Milky Way and 25,800 light years from us, Messier 9 has a visual magnitude of +8.4 and more than 250,000 stars in it. The total luminosity is 120,000 that of our Sun. As usual with globular clusters, its metallicity (the presence of elements heavier than Helium) is very low due to the fact that many stars were formed in the early stages of our Universe. Messier 9 has an age pf approximately 12 billion years.